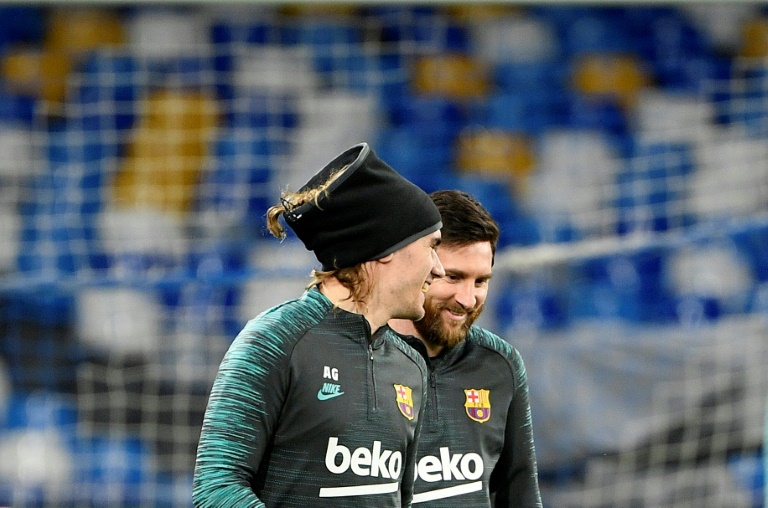 Barcelona fans insisted they were not worried by rivals Napoli or the spread of coronavirus in Italy as they arrived for their team's Champions League match on Tuesday.

"We bought the ticket over a month ago and we checked the latest news before leaving," one fan, Susi, told AFP at the Lungomare seafront promenade in Naples.

"As we saw that the worst was in the north of Italy and that we were going south, we said to ourselves 'good, we'll see'. For the moment I am not at all worried," she added.

"When we decided to come we were told we were crazy to go to Italy. So we went to buy masks and that's it, here we are," he said.

The virus which has now infected 283 people and left seven dead in Italy, Tuesday spread south to Tuscany and Sicily.

But Naples and the Campania region remain currently untouched.

Like Lionel Messi and other team members, Barcelona fans had to undergo a temperature check upon their arrival at the airport in Naples.

"On the plane, among the people who were with us, there was a festive spirit. Until then, we had not taken the subject very seriously," said Manoel.

"In Spain, there are not many cases of coronavirus and we don't see it as a real danger.

"But when we arrived, we realized that this is not the case here and at Naples airport, we underwent a check.

"We understood that it was something serious from a social point of view."

But he warned: "We're not afraid of anything. We are strong people, we've come to Naples in force and without fear."