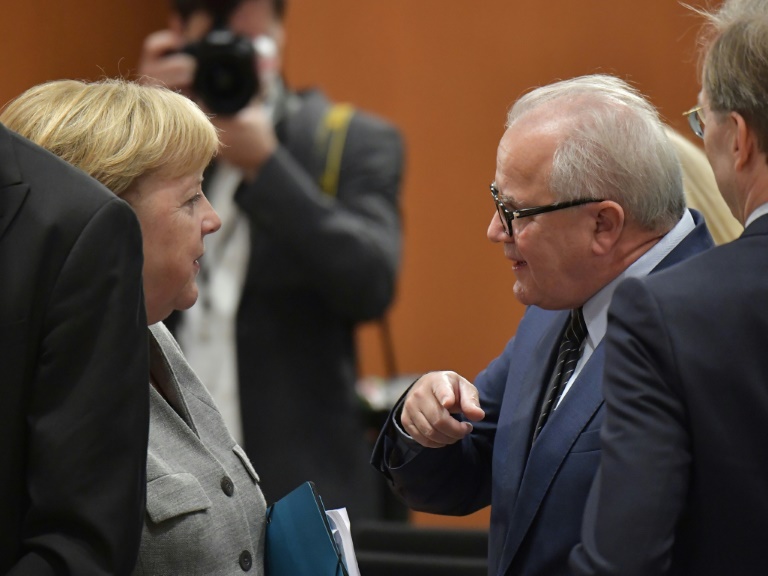 Keller says Bundesliga football can only return next month with fans locked out due to the coronavirus. (Photo: AFP)

German FA chief Fritz Keller has insisted the Bundesliga could only resume next month behind closed doors, while supporters have questioned the morality of football returning at all during the coronavirus pandemic.

The German Football League (DFL) hopes to get the go-ahead from Angela Merkel's government for the top two tiers to resume next month -- possibly on May 9 or 16.

There are hopes a decision will be made Thursday after the 36 clubs in the first and second divisions meet via video call.

German football was halted on March 13 to help reduce the spread of the coronavirus in Germany, which currently has 141,672 confirmed cases and 4,404 deaths as a result of the pandemic.

"This week, important decisions will be made on how to proceed," Keller told Kicker.

With large public events banned in Germany until August 31, the only viable option for league action to resume next month would be in empty grounds -- dubbed 'ghost games' in German.

"We are very much aware that football without fans lacks its heart," admitted Keller.

"From discussions and feedback from fan organisations, I know how much it hurts fans that they cannot support their clubs in the stadium."

The DFL is desperate for the season to be finished by June 30 to secure an instalment of television money, reportedly worth around 300 million euros ($326 million).

Fritz warns that without that money, "some fans might never be able to attend a game of their club again, because it might soon no longer exist".

However, a nationwide collection of fan groups has voiced harsh criticism of the Bundesliga returning.

"The resumption of football, even in the form of ghost games, is not justifiable," supporters' group Fanszenen Deutschlands said in a statement.

The group says it would be a "sheer mockery of the rest of society" and especially to those in Germany's health system dealing with the pandemic.

Keller said various scenarios will be discussed in Thursday's meeting.

An issue that needs to be clarified is the testing of players and backroom staff every few days, should the league resume.

It would reportedly need 20,000 tests just for the season to be completed.

Keller insists football does not "claim a special role" in German society and that any testing of footballers will not burden the health system.

"We know exactly where the priorities are," he added.

Schalke chairman Clemens Toennies, a wealthy meat-products manufacturer, has reportedly offered the DFL the use of his company's laboratory near Bielefeld to carrying out the testing.