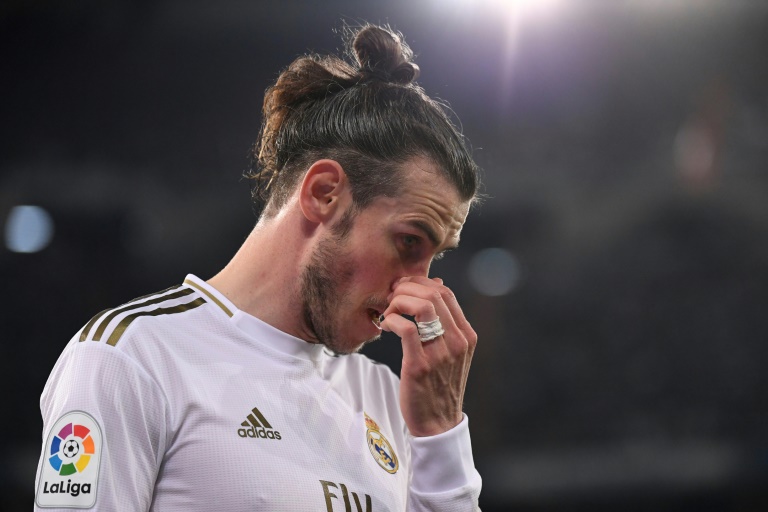 Gareth Bale has said he would be interested in playing in Major League Soccer in America if he leaves Real Madrid.

Bale has not been a regular in Zinedine Zidane's team this season and the 30-year-old almost departed last summer, before a move to Chinese club Jiangsu Suning fell through.

Any MLS club keen to sign Bale would likely have to overcome the huge financial implications of a deal. Bale's Madrid contract ends in 2022 and earns him close to 30 million euros ($33 million) a year before tax.

"I really like the league," said Bale, speaking to the Hat-Trick podcast presented by the ICC, in an episode released on Thursday.

"I think it's a league that's on the up and still rising. I think a lot more players want to come over to America now and play. I would definitely be interested in it."

Bale was also asked about the banner he celebrated with after Wales qualified for Euro 2020 in November, which caused a stir in the Spanish press.

The banner taken from the crowd read, 'Wales. Golf. Madrid. In that order', as an indication of Bale's priorities.

"We were just joking around," said Bale. "A few of them were saying 'if we do qualify, let's try to find it and bring it out. I was like, 'do what you want but I won't be going to get it. They found it and brought it down.

"We were all celebrating as a team and I'm not not going to not jump around with my teammates. It was a bit of banter, a bit of fun."

Bale is keeping fit at home as the coronavirus pandemic means players are waiting to see if La Liga can resume, with the plan to restart games behind closed doors in June.

"The club are sending us two weeks of programmes every two weeks," Bale said. "We're sticking to that, you can change it a bit if you want to do a bit more or a bit less depending on how your body is feeling. We have a guideline and we're doing the best we can to tick over for the time being."