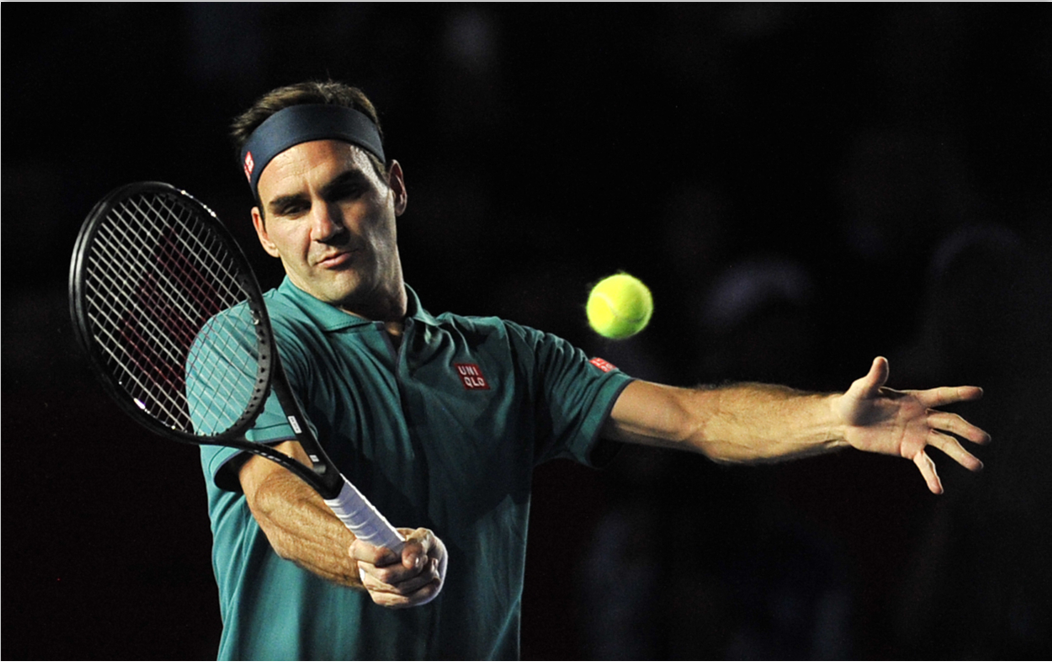 In a drama-filled match which saw Federer arguing with a lineswoman and Sandgren collide with a ballgirl, the Swiss master proved once again that he has multiple lives at this tournament.

Last round, Federer won six consecutive points to claim a match tiebreak against Australia's John Millman, and he showed similar survival skills to walk away victorious on Tuesday.

"I think I got incredibly lucky today," Federer said in a post-match interview.

"I was just hoping that maybe he wasn't going to smash a winner if he misses one or two match points, who knows what's going to happen?"

A decade younger than his opponent, Sandgren looked to be handling the heat out on court better than Federer, claiming the second two sets, while Federer called a medical time out to fix a groin issue.

Federer also exchanged heated words with a lineswoman who reported the 38-year-old for swearing on court, receiving a code violation from the chair umpire.

Sandgren couldn't convert three consecutive match points in the third set, when perhaps anybody else but the elusive Federer would have called it a day, taking the set to a tiebreak and once again giving the American an opportunity to finish.

At 3-3 in the tiebreak, a running ball girl collided with Sandgren, hitting him in the calf, however, thankfully he was able to walk off the incident.

In another incredible display of resilience Federer survived four match points in the tiebreak to claim the set, breaking his opponent in the next set to claim the match.

An upbeat Federer admitted afterward that he was lucky to have survived such a close match and confirmed that the challenge will increase in the final four.

"With these lucky escapes, you might play without expectations because you know you should be skiing in Switzerland," he said, "might as well make the most of it!"