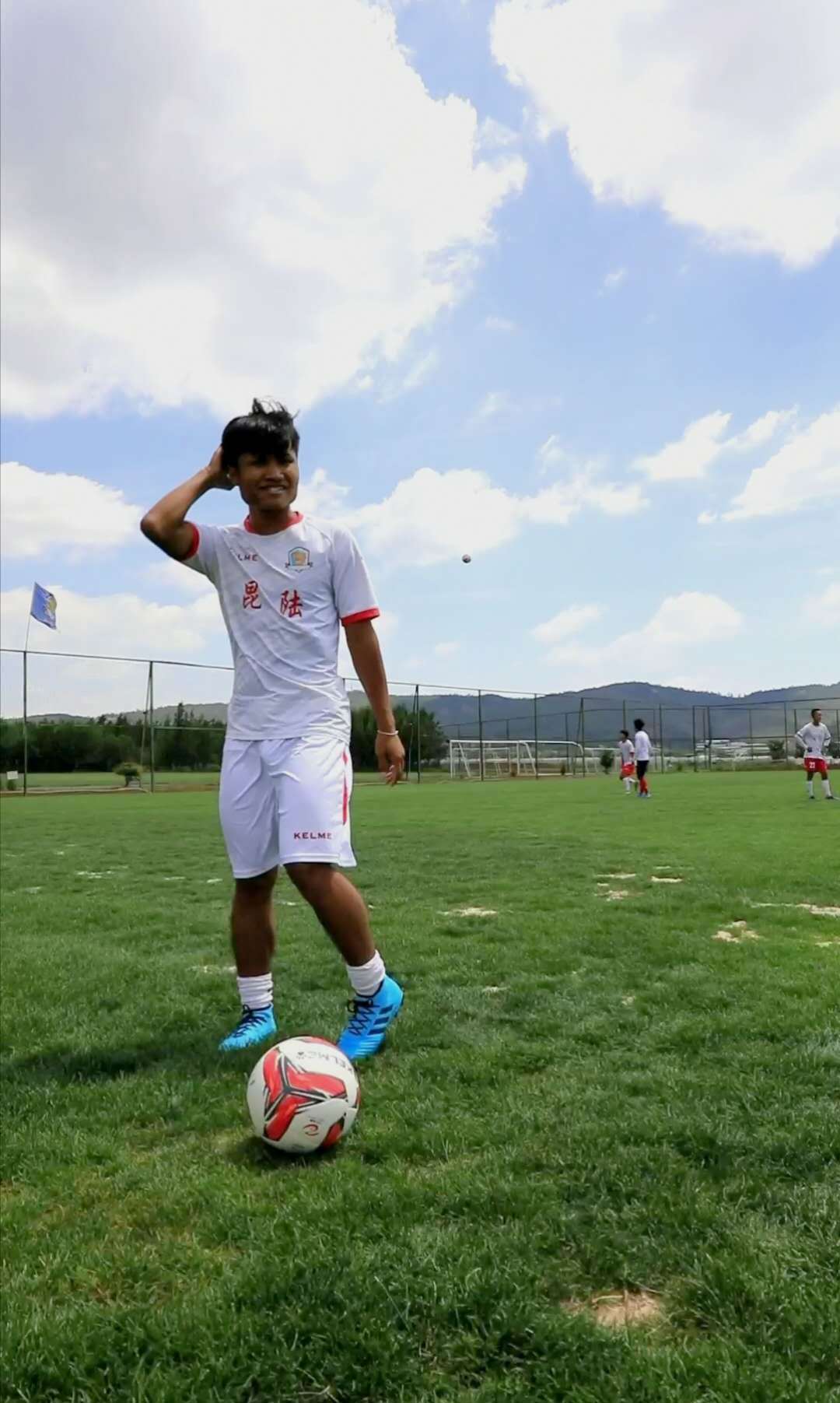 KUNMING－Ai Kanxiang, a high school student from the Xishuangbanna Dai autonomous prefecture, Southwest China's Yunnan province, has become an online sensation after several videos of his creative way of practicing football in a river surfaced on the internet.

In a recent video, Ai is seen standing in the middle of a river with the flowing water up to his knees. A friend plays a ball in his direction and Ai delivers a precise bicycle kick that smacks off the river bank. He lands back in the river with an almighty splash.

Ai, 19, of the Blang ethnic minority group, was born in a remote mountainous village in Menghai county of Xishuangbanna. His first kick of a football was only his first year in junior high school.

"I only came across football in textbooks in my childhood. But I fell in love with it in September, 2015 when I made my debut," Ai says, adding that all his troubles faded away on the pitch and he especially liked to be sweaty after a long match.

But in the sloping, mountainous region of his hometown, finding a flat area to play can prove challenging. "We create a small pitch with tree branches and stones or even play football in the river," he says.

At the beginning, Ai recalls, playing in the water was mostly for staying cool. "The tropical weather in my hometown is too hot in the summer and I can play for longer in the river." 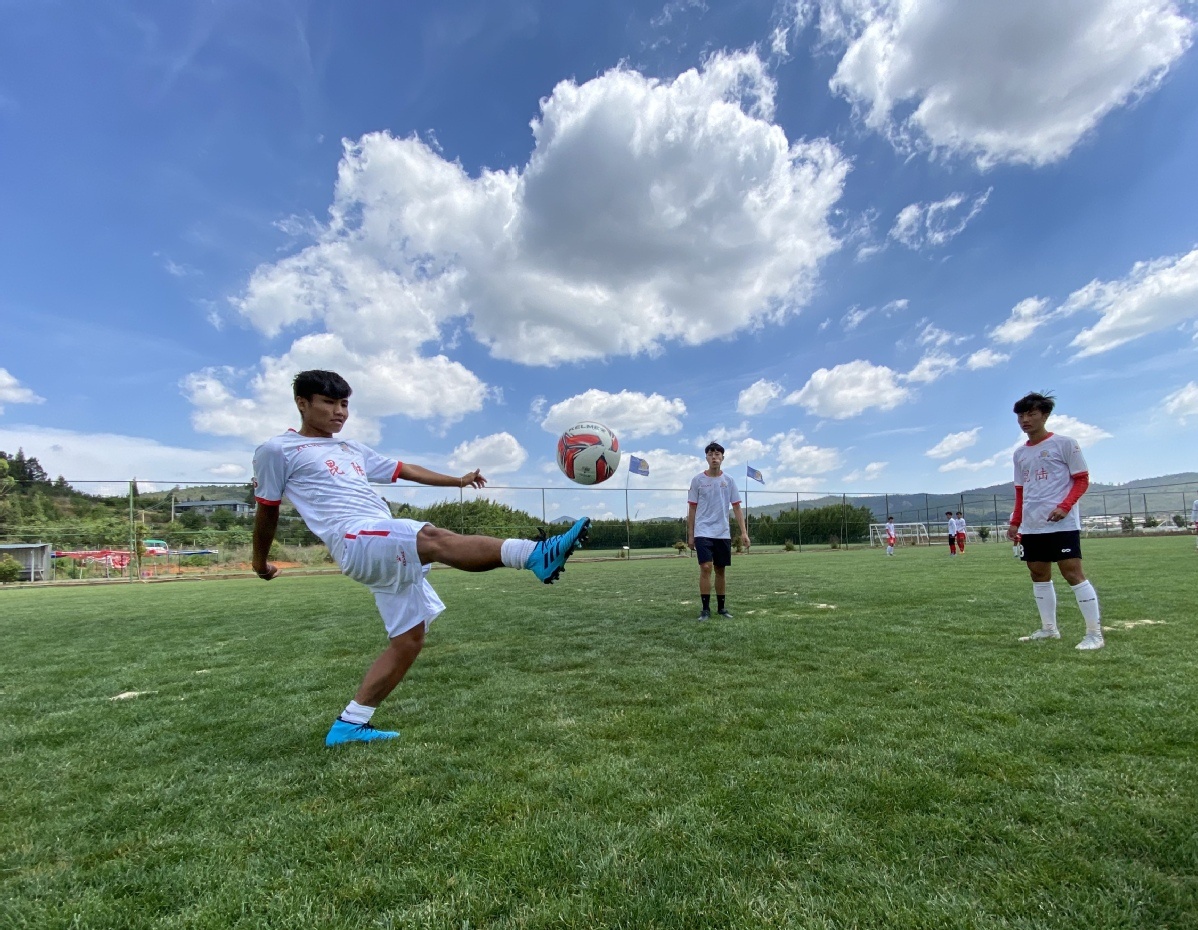 Ai Kanxiang (left), a high school student from the Xishuangbanna Dai autonomous prefecture, Yunnan province, training with a club in Kunming on Tuesday.

He then discovered that playing in the water is not only fun, but also has certain benefits. Whether it is a header or a bicycle kick, you're less likely to get hurt, Ai says.

After two years of practicing in the water, he found that the explosive power in his legs has improved drastically. He was faster and stronger, even scoring nine goals in a single game.

Ai attends a boarding school and only has three days off every two weeks. Every time Ai goes home, he helps his parents to pick tea-leaves and hoe the fields. After finishing his farm chores, he always plays football with other children in the village. He organizes football games in the water and teaches them new tricks. "I hope they can truly feel the joy of football."

Ai's favorite player is Chinese football star Wu Lei, followed by Lionel Messi, Cristiano Ronaldo and Kylian Mbappe. Although he only stands at 1.68 meters, Ai believes that it won't prevent him from becoming an excellent forward. "Short forwards are always more flexible and good at breaking through the defense. I think I can do it too," he says.

Many people have gotten to know him through the online videos and sent him footballs, jerseys, football boots and other training equipment. "I really want to say thanks to them for their encouragement," Ai says. "I will take the college entrance examination next year and I will try my best to get a good grade in the exam, just like how I approach football games."

Ai never shies away from talking about his dreams. He expects to get specialized guidance and become a professional in the future. "My ultimate goal is to play for the Chinese men's national football team!"