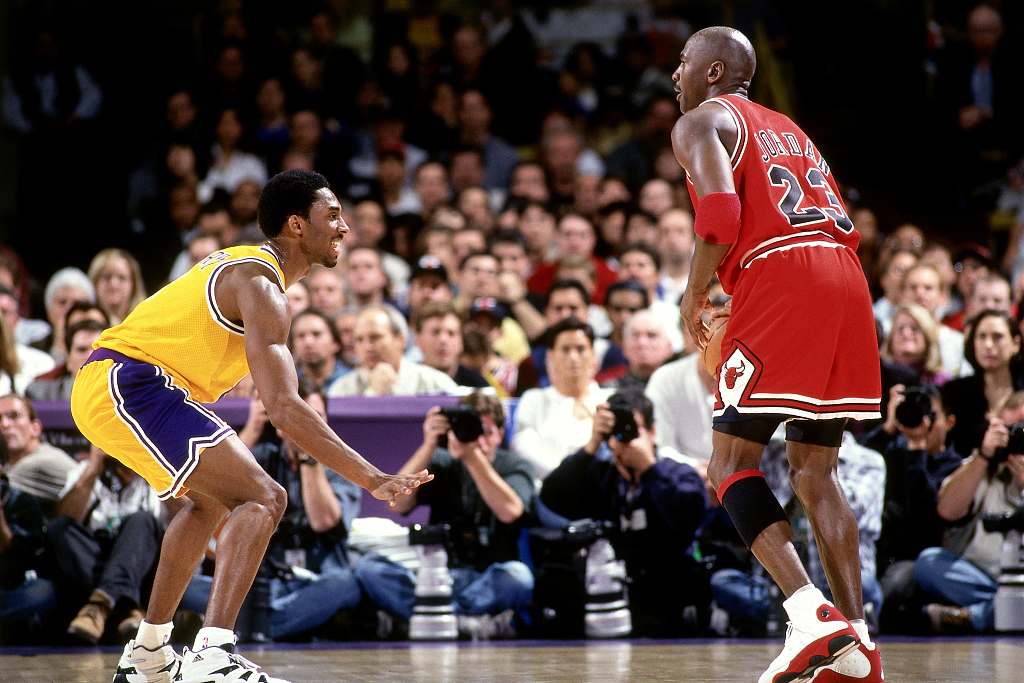 Kobe Bryant (L) of the Los Angeles Lakers defends against Michael Jordan of the Chicago Bulls during an NBA game in Inglewood, U.S., February 1, 1998. (Photo: VCG)

A 10-part documentary series on retired NBA legend Michael Jordan and the 1990s Chicago Bulls dynasty has been finished early for an April release to U.S. and worldwide audiences, presenters announced Tuesday.

"The Last Dance" originally was expected to debut in early June alongside the start of the 2020 NBA Finals before the ongoing coronavirus pandemic that has shut down sports leagues, but now will start April 19 on ESPN.

James, who sparked the Los Angeles Lakers to the Western Conference lead when the season was halted, was among those who pushed for a launch while much of the United States is quarantined at home without live sports events to watch on TV.

The documentary will be available outside the United States on Netflix on five consecutive Mondays starting April 20, in each case one day later than its U.S. premiere on ESPN.

"Making 'The Last Dance' was an incredible opportunity to explore the extraordinary impact of one man and one team."

The production features footage by an NBA Entertainment film crew that was given permission by Jordan, coach Phil Jackson and Bulls owner Jerry Reinsdorf to follow the team all season during the 1997-98 campaign as the team chased a sixth title in eight seasons.

"As society navigates this time without live sports, viewers are still looking to the sports world to escape and enjoy a collective experience," ESPN said in a statement.

"We've heard the calls from fans asking us to move up the release date for this series, and we're happy to announce that we've been able to accelerate the production schedule to do just that."