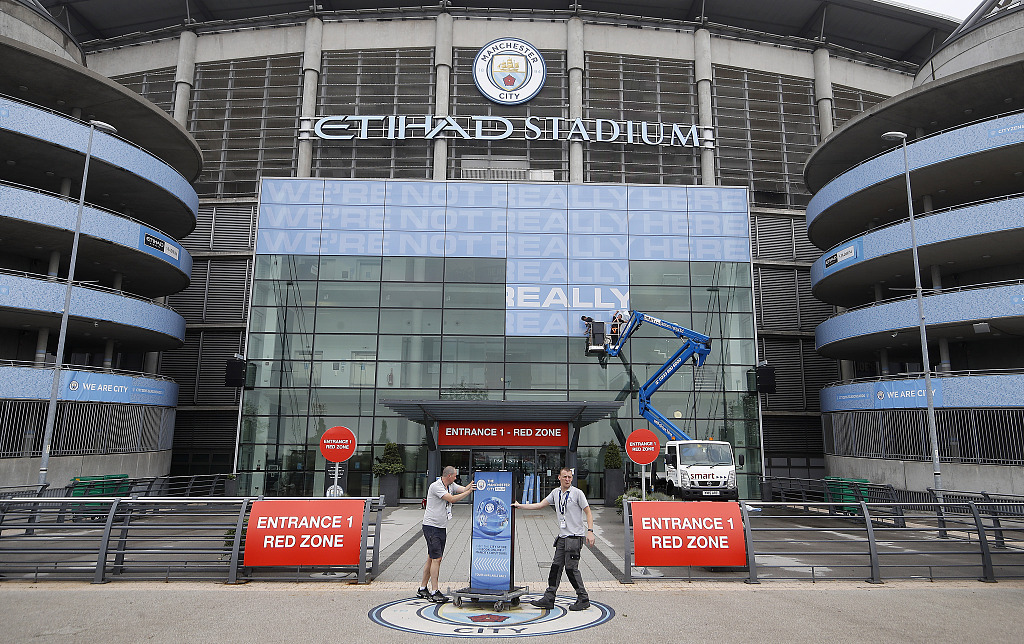 Workmen place signs outside the main entrance to the Etihad Stadium, home of Manchester City, to prepare for the resumed Premier League match with Arsenal, in Manchester, UK, June 16, 2020. /VCG

No spitting and no handshakes - the Premier League makes its eagerly anticipated return on Wednesday after 100 days in lockdown, with Manchester City's clash against Arsenal taking center stage at the start of a frenetic dash to finish the season.

While the COVID-19 pandemic means the Premier League will look very different from three months ago, football-starved fans will be able to feast on 92 games crammed into less than six weeks.

There is still much to decide over the rest of the season, with Liverpool on the brink of their first English title for 30 years, Champions League places up for grabs and a heated relegation battle going down to the wire.

Relegation-threatened Aston Villa get the ball rolling on Wednesday with their home game against European hopefuls Sheffield United.

A City defeat would mean leaders Liverpool would clinch the title if they won at Merseyside rivals Everton on Sunday.

It was the announcement that Arsenal manager Mikel Arteta had contracted the virus in March that forced the Premier League to press pause. 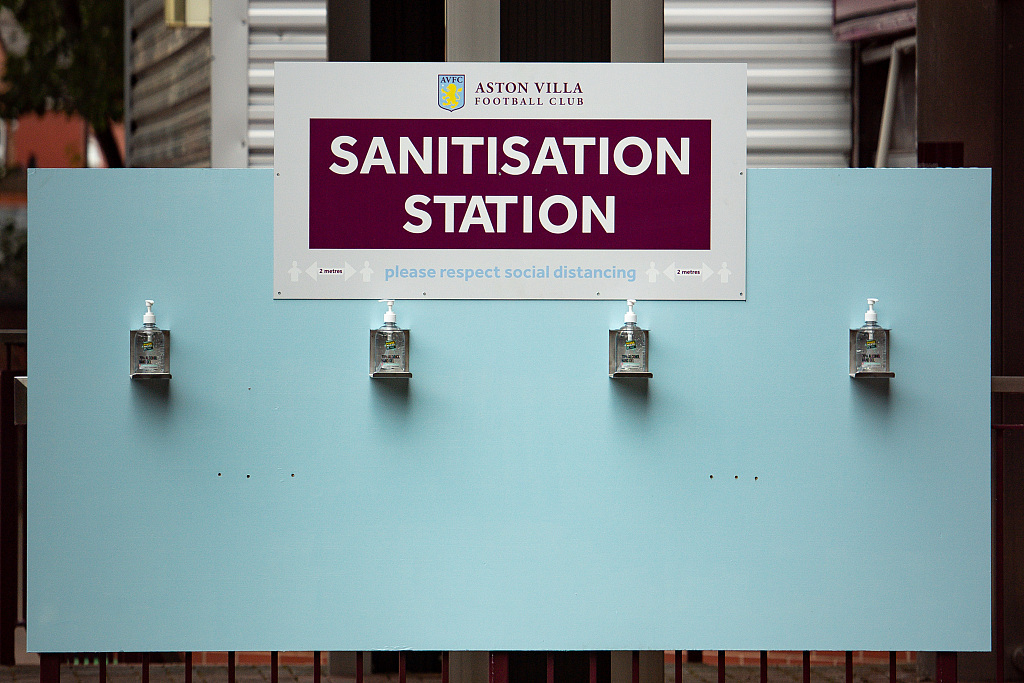 Prior to the Premier League match between Aston Villa and Sheffield United, a sanitization station is ready at Villa Park, Birmingham, UK, June 16, 2020. /VCG

With all games being played behind closed doors, players will have to get used to the eerie silence in the usually noisy stands.

Piping crowd chants into stadiums, cardboard cut-outs of supporters and live video fan walls will add color but the absence of fans will be a jarring sight at first.

In total, about 300 people will be allowed in stadiums for each match, with strict health protocols in place.

There will be widespread disinfection of changing facilities, dugouts, matchballs, goalposts, corner flags and substitution boards.

People other than players and coaching staff on team benches must wear face coverings.

Players have been told to maintain social-distancing during goal celebrations and encouraged not to spit.

Having followed the return of Germany's Bundesliga and La Liga in Spain, City manager Pep Guardiola is well aware what an unusual experience it will be.

"It was a little bit weird watching the games," he said. "When you play at home you have that extra intensity and passion from the crowd. That is not going to happen.

"But when the players were little kids they played in the streets without spectators and they played good. That is what they have to do. It is a football game. Try to follow what they know." 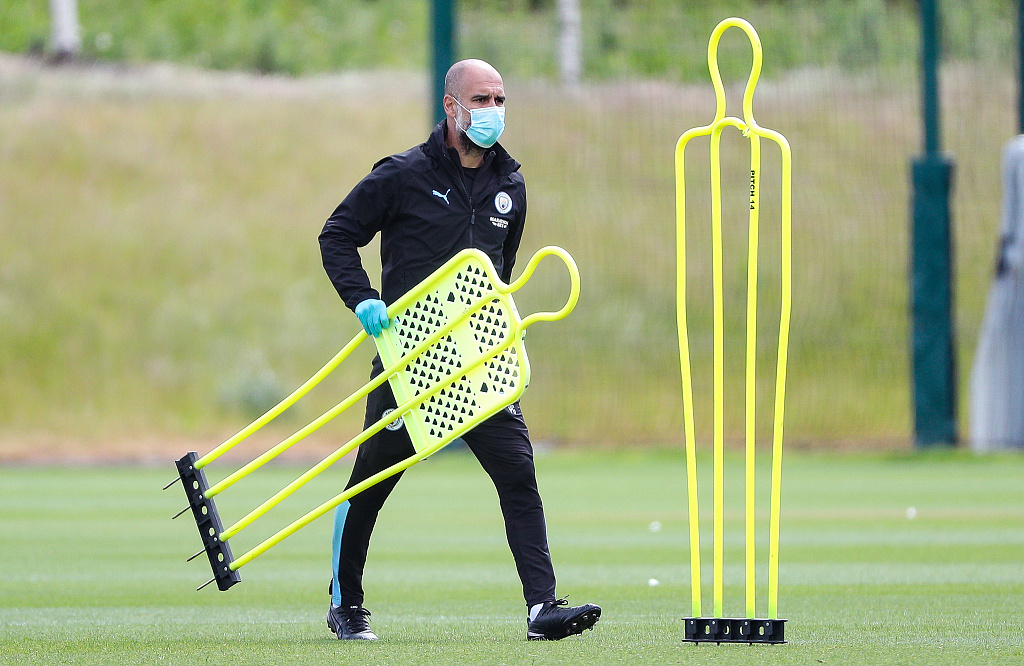 Concerned that the hectic schedule will impact his players' fitness and the quality of their performances, Guardiola added: "The problem is not to play one game, it is to play another and another with a lack of physical training to be prepared.

"They had six weeks [to prepare] in Germany, double what we had, and five weeks in Spain.

"We have to adapt as quick as possible. In terms of the rhythm, if teams don't rotate their performance goes down immediately. There will be a lot of ups and downs in the games."

The Premier League's rush to finish the season has drawn criticism from some clubs and players, including City stars Sergio Aguero and Raheem Sterling.

With England so badly hit by the pandemic and Guardiola's own mother dying of the virus in Spain, the City boss was asked if he had doubts about whether the Premier League should return now.

"Sometimes," he said. "I understand we have to do it. Always you had the feeling the damage for the clubs was huge. You have to do it to reduce the impact as much as possible.

"We were in contact with the doctors, the scientists. They allowed us to play so of course we do it.

"But overall the health of the people [is most important]. Nobody wants to die because they are contaminated. The social distance, the mask, the hand sanitizer.

"We have to stay alert because the virus is still there."