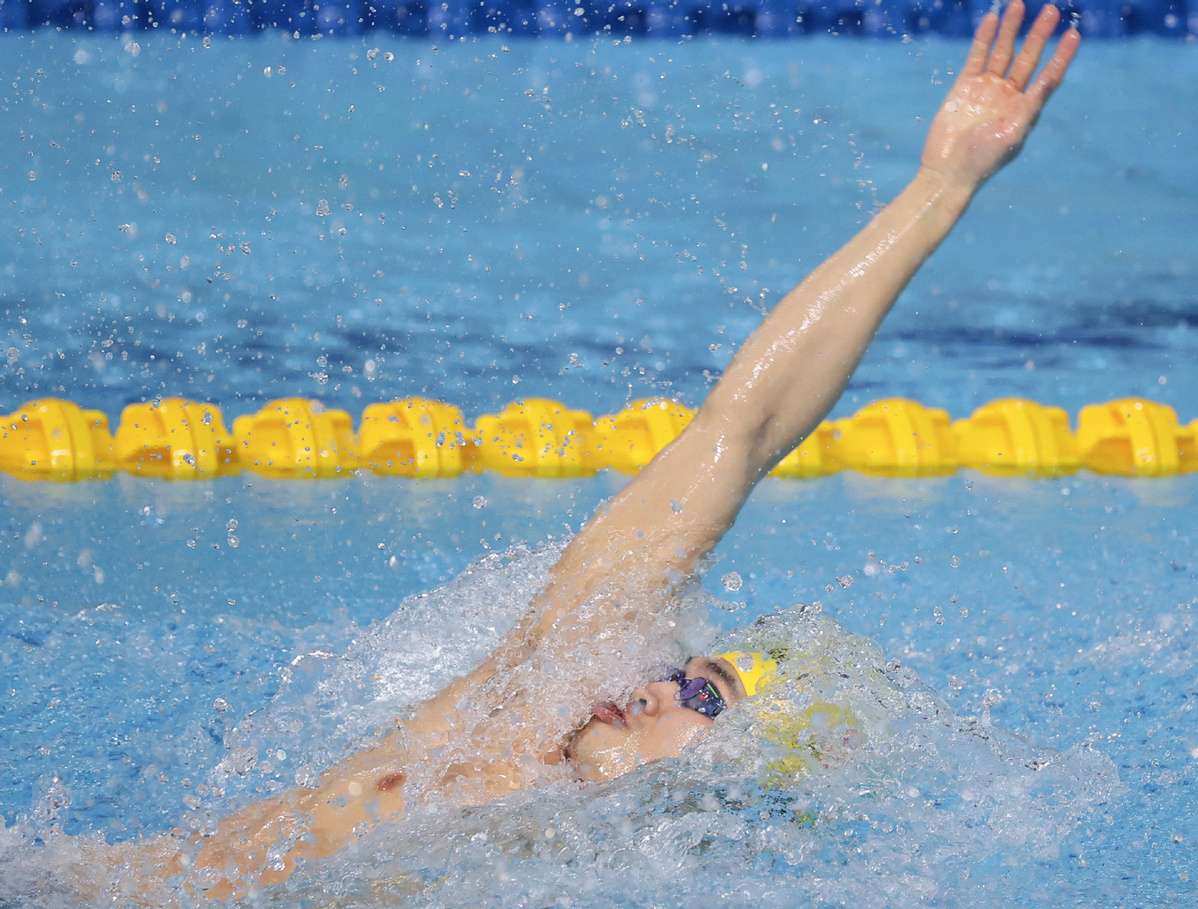 The Rio 2016 silver medalist touched home in 53.35 seconds to claim his first gold in 2021, but was not satisfied with the result, which was far behind his personal best of 51.86.

"I failed to work up my energy in the first 50m as I am trying to adapt to the race schedule and intensity of training before I got my energy back in the latter half," Xu said.

"The result boosts my confidence, especially given that I didn't participate in a single 200m freestyle competition last year. 1:46.91 is my fourth-best result in the event. I will try to achieve a better time," said Wang, who came from behind to clinch the win in the last 50m.

In women's 800m freestyle, Wang Jianjiahe ranked first in 8:21.32. It is the second gold the 18-year-old has snatched during the Challenge.

"The result today is a bit slower than what I have expected before, given the fact that it's difficult to boost my energy in the morning," said Wang.

The four-day event will have its last competition day on Sunday.