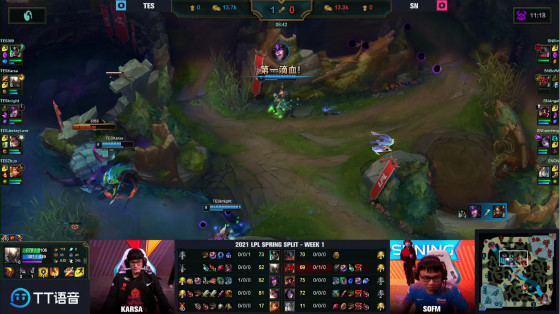 In the opener, SN beat TES 2-0, who also sealed a 3-1 victory over the opponent in the semifinals of the 2020 League of Legends World Championship (S10). Elsewhere, EDG edged OMG 2-1.

In 2020, more than 21.8 billion person-time watched the live broadcast of professional events in the LPL, according to the statistics released by Jin Yibo, the co-CEO of TJ Sport, which manages eSport, and the game of LOL, in China.

The press conference before the game announced the reform plan of LPL that 10 teams will compete in 12 playoff games this year.

According to the official Weibo account of LOL, the 2021 League of Legends World Championship (S11) will still take place in China, including the final in Shenzhen, south China's Guangdong Province.