SPORTS 70 pct of US Olympic sports applied for PPP funds

70 pct of US Olympic sports applied for PPP funds 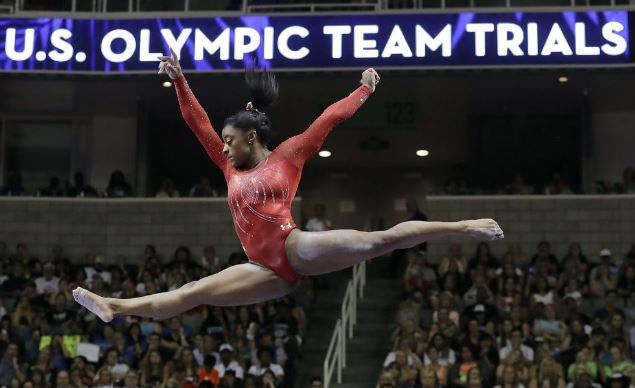 Simone Biles competes on the balance beam during the women's US Olympic gymnastics trials in San Jose, Calif. in July 2016. (File photo: AP)

At least 70 percent of US Olympic sports organizations have applied for government funds during the coronavirus pandemic, a stark financial reality that underscores the frailties within the world’s most dominant Olympic sports system.

The Associated Press surveyed 44 of the country’s national governing bodies (NGBs) — the organizations charged with operating programs from the grassroots through the Olympic levels in sports that run the gamut from badminton to basketball.

All but four of the 36 NGBs that responded said they had applied for assistance from the Paycheck Protection Program. Not all the organizations revealed how much they received, but those who did have been approved for a cumulative total of about $12 million.

Beginning next July, when the delayed Summer Olympics are scheduled to start, US NGBs will send a total of around 1,150 athletes to two Olympics and two Paralympics over the span of seven months. While Mikaela Shiffrin, Noah Lyles and the US basketball teams are on solid financial footing because of their star power and marketability, the US will depend on dozens of lesser-known athletes to dominate the medals table in Tokyo and at the Winter Games in Beijing. It puts the US Olympic and Paralympic Committee and the NGBs on an urgent track to fund all the potential medalists, many of whom haven’t been able to train properly for months.

“There’s a very, very real and dire financial situation in sport,” said Sarah Hirshland, the CEO of the USOPC, which oversees the NGBs. “And certainly, the sports organizations we work with closely are feeling revenue pain. And it’s immediate.”

The results of the survey were eye-opening, not only because of the sheer number of NGBs that applied but also because the request for federal money counters the long-held and distinctly American tradition of not using taxpayer money to pursue Olympic glory.

Sports federations in most other countries are buttressed by government financial assistance. The US team, which has amassed a world-leading 653 medals in Summer and Winter games since 2000, relies on broadcast fees, sponsorships, charitable donations and revenue from programming and memberships.

But without the revenue generated by normal day-to-day business — to say nothing of an NBC cash infusion of at least $170 million that would’ve come into the USOPC coffers this year had the Tokyo Games not been postponed — the financial model of the US Olympic sports system is imperiled.