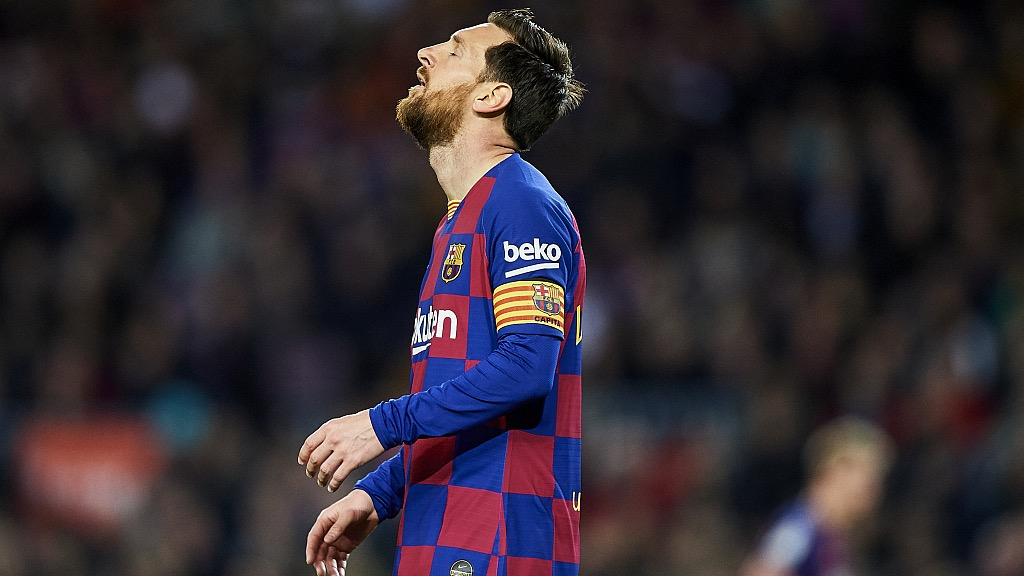 Once upon a time in world football, when Lionel Messi had not yet come along to change the perceptions of what is possible in the game, Bundesliga side Bayern Munich were truly the gift that keept on giving. The swaggering juggernaut regaled the insatiable audience with the perennial drama of mudslinging, infighting and sleaze, earning the well-deserved nickname 'FC Hollywood'.

At present, however, the one to watch would be Barcelona, not least because of Messi's unparalleled brilliance.

The Spanish giants have constantly churned out soap opera storylines even before the COVID-19 outbreak ground the global sport to a halt. In these extraordinary circumstances, the thirst for conspiracy, vileness and immorality is inevitably stronger than ever. And more fundamentally, the pandemic has brutally exposed the appalling mismanagement of one of the most iconic teams and the hollowness of the reigning La Liga champions' oft-quoted motto"More Than a Club." 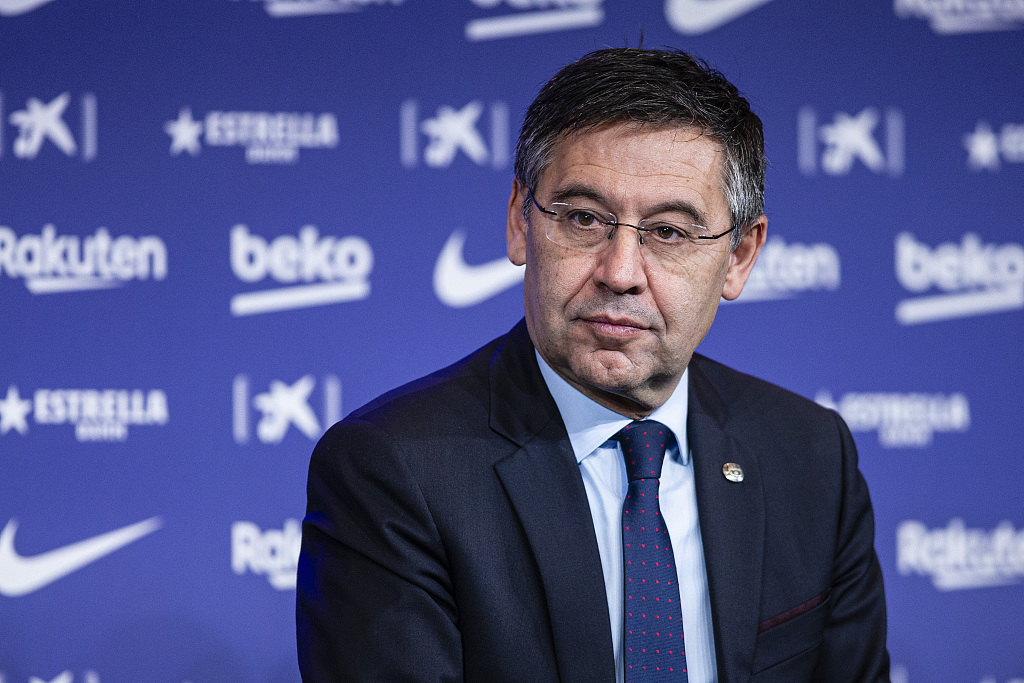 No episode is more emblematic of Barcelona's deep malaise than the scandalous resignations of the club's six board members earlier this month. While the coronavirus continues to upend lives throughout Spain, two of the club's four vice-presidents, Emili Rousaud and Enrique Tombas, as well as directors Silvio Elias, Josep Pont, Jordi Calsamiglia, and Maria Texidor all walked out.

In a joint letter released at midnight that has taken the crisis to a new level, the "rebellious six" pointed the finger at Barcelona president Josep Maria Bartomeu, declaring they "have reached this point and cannot reverse the way the club is managed in the face of important challenges in the future, especially in the post-pandemic era."

The unexpected turn of events, especially the shocking departure of Rousaud, who was considered the closest ally of Bartomeu and his anointed successor, underline the magnitude and complexity of the internal politics of the wealthiest club in the world.

At the heart of this huge fall-out is a scandal known as "Barcagate." In a bizarre story first dug out by Cadena SER Radio, Barcelona were accused of hiring a company to discredit opponents of Bartomeu on social media, targeting even their own players, like Messi and Gerard Pique.

Barcelona denied any wrongdoing, but muddied the waters by admitting the club paid for services to just monitor ''social media with the aim of analyzing both positive and negative messages about the organization itself.'' 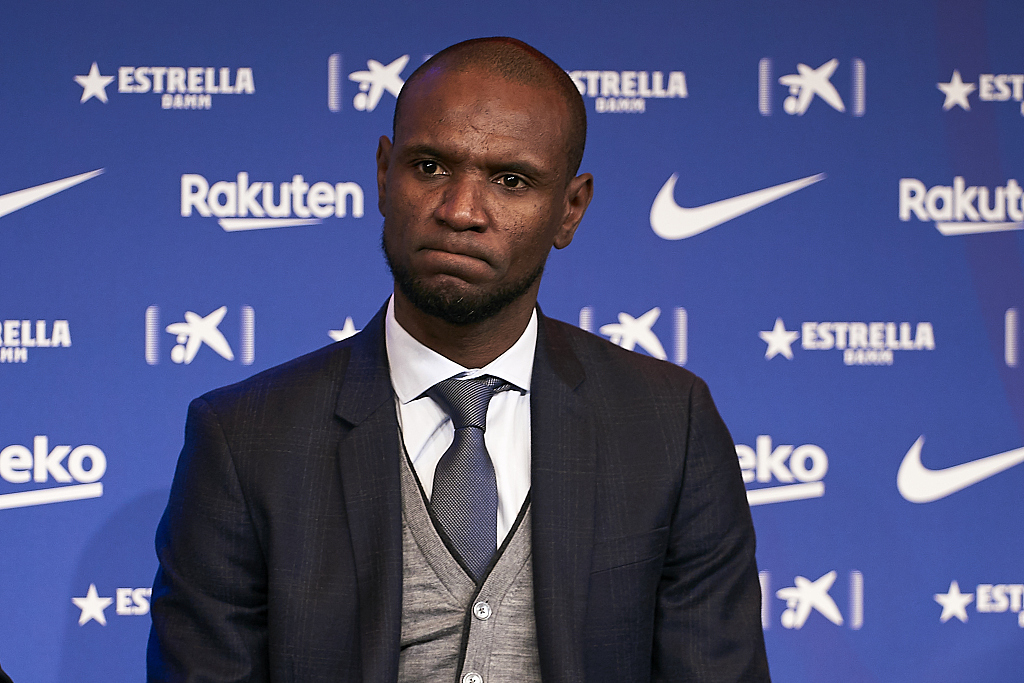 Never one for capitulation or acquiescence, Rousaud later told Catalan radio station RAC 1 in a bombshell interview that he could smell the corruption within Barcelona and the directors had uncovered what they believe is serious misappropriation of the club funds.

"This operation is dirty. When we detected it, it was not normal at all," Rousaud opined. "If the auditors tell us the cost of these services is 100,000 euros and we have paid one million, it means someone has put their hand in the till."

Barcelona responded with a harsh-worded statement and threatened legal action against Rousaud, but the 53-year-old struck a defiant posture, proclaiming "The club is saying I'm lying. I say, I have proof and, no problem, my lawyers have said the club have not done anything against me."

"Barcagate" is just the tip of the iceberg. Barcelona have witnessed a string of embarrassing rows in recent months being played out in public.

In January, their head coach Ernesto Valverde was unceremoniously dismissed despite the club being top of the league table. After mounting pressure, the sporting director Eric Abidal openly claimed the players were to blame for the sacking of the respected veteran.

Club captain Messi, who normally keeps a low profile off the pitch, reacted angrily to the accusation and took to Instagram to slam Abidal, claiming his former teammate was attempting to "sully" the players' good name. 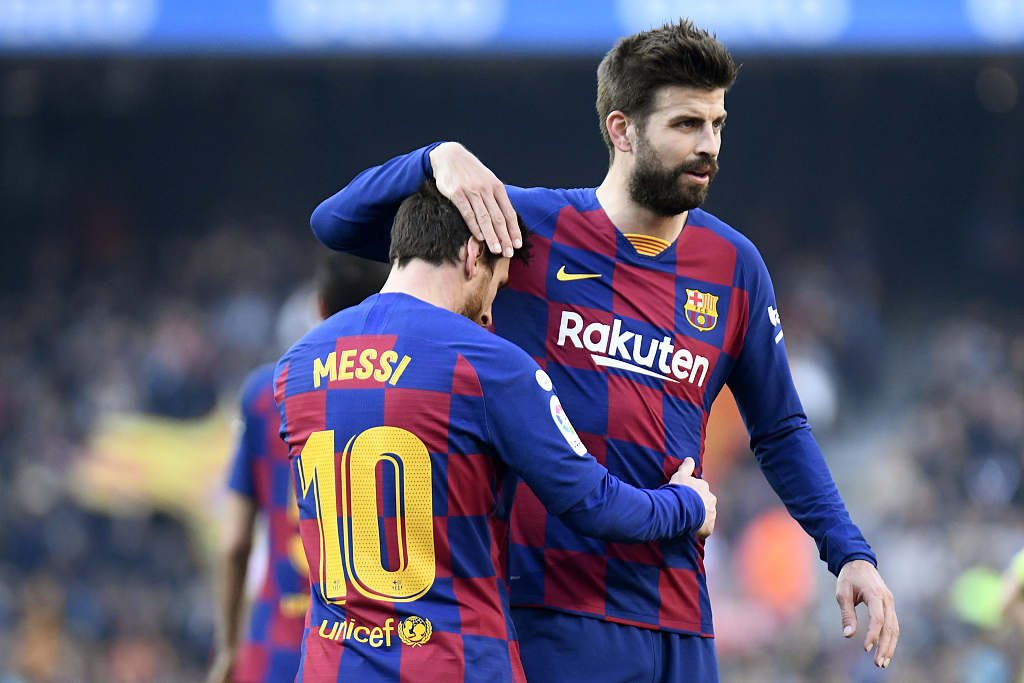 Lionel Messi hugs with Gerard Pique during the match between Barcelona and Eibar at Camp Nou Stadium, Spain, February 22, 2020.

The grapevine has long been ripe with rumors that Barcelona have a toxic, backstabbing and formidable dressing room where Messi, Pique, Sergio Busquets and Luis Suarez are calling all the shots. But it shows that a Barcelona official publicly fanned the flames of hostility against their own core players, who have famously played a vital role in winning four of the last five La Liga titles for the club.

A few weeks later, another behind-the-scenes pandemonium erupted into public revelations. Barcelona made a sudden announcement that they had applied for a temporary regulation of employment which allows companies to impose a pay cut on their employees during the ongoing coronavirus crisis in Spain, despite the fact that the club had not reached an agreement with the playing staff at that point.

Shortly after the public statement, Messi confirmed that he and his teammates will take a 70 per cent pay cut, but he pointedly took a swipe at the Barcelona board, saying "It never ceases to amaze us that from within the club there were those who tried to put us under the magnifying glass, adding pressure for us to do what we were always going to do anyway."

Messi's uncharacteristic display of fury and vitriol wasn't treated lightly. The alarming signs of distrust and divisions have permeated almost every pore of Barcelona, who could face their biggest fear: Messi leaving the club on a free transfer this summer.

The six-time Ballon d'Or winner has a clause in his current contract that allows him to leave at the end of the season. He has repeatedly shut down reports that he is angling for a move away from Barca, where he has spent his entire professional career and established himself as one of the greatest footballers of all-time. 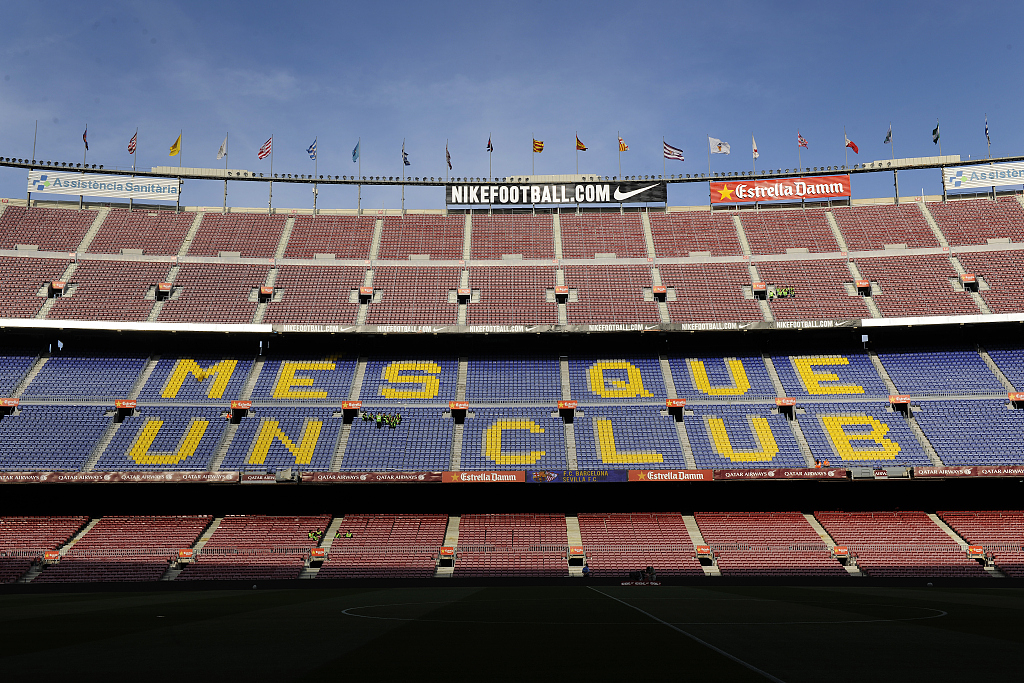 But with an increasingly isolated president, a fragmented boardroom, a disaffected squad, a terribly balanced wage structure, a series of transfer fiascos and deteriorating on-pitch performance, Messi looked utterly disheartened with what was happening around him. The entire Barcelona empire is crumbling before his eyes.

Messi is 32 years old and he has won only one Champions League title in nine years, which amounts to a grave injustice by his lofty standards. When will Messi finally snap and say enough is enough?

This week, Barcelona unveiled plans to sell the naming rights to their famed Camp Nou stadium for the first time in an effort to raise money for the fight against COVID-19. The crisis has ravaged the club's finances particularly hard as broadcasting revenue, gate receipts and other major money-spinners all dried up.

However, even if Barcelona eventually find a way to tide over the crushing impact from the coronavirus-forced lockdown, another life-threatening mayhem is far from over.