SPORTS A magical National Games tour for a young climber

A magical National Games tour for a young climber

XI'AN, Sept. 21 (Xinhua) - Maybe no one has a busier schedule than Yang Lihao at China's 14th National Games.

Just one day after he claimed gold in the combined Lead and Boulder event of the U16 Group, the 14-year-old took a flight to New York to study abroad.

The experience of the boy from Shanghai told of a story that "happiness comes out of the blue."

In order to participate in the National Games being held in Shaanxi Province, Yang postponed his plan to go abroad scheduled in August, and had to change his flight as the competition was delayed due to weather conditions.

Yang's poor start to the event made him decide to leave as soon as he finished his campaign. However, his performances got better and better, resulting in him standing on top of the podium.

From an underdog to a champion, Yang's topsy-turvy tour at the Games is just like the path he took since taking up climbing in recent years. 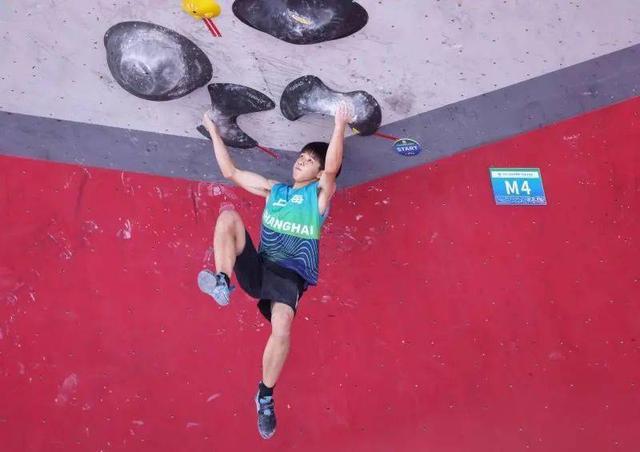 When he was in third grade, his father took him to a climbing gym for the first time. To the young boy, everything in front him was "fresh".

Initially, Yang just took it as a hobby, but his attitude changed when he failed in a junior competition at the highest national level. From then on, he made more efforts and reaped remarkable progress.

"Climbing made me stronger, it's a skillful sport which is performed by numerous simple motions," he said.

What about balancing studying and training? To Yang, it's a double challenge.

"It's a tough period. The preliminary round of the National Games was arranged before my final examination. I didn't want to quit either of them, so I spent one or two days training in a suburb, and returned to school immediately," Yang said.

"It was painful, but I went through it," he added.

Yang said his dream is to study biology and be a doctor, but retains hopes of being a professional climber, "Leave the answer to time, we will see in the future," he said.