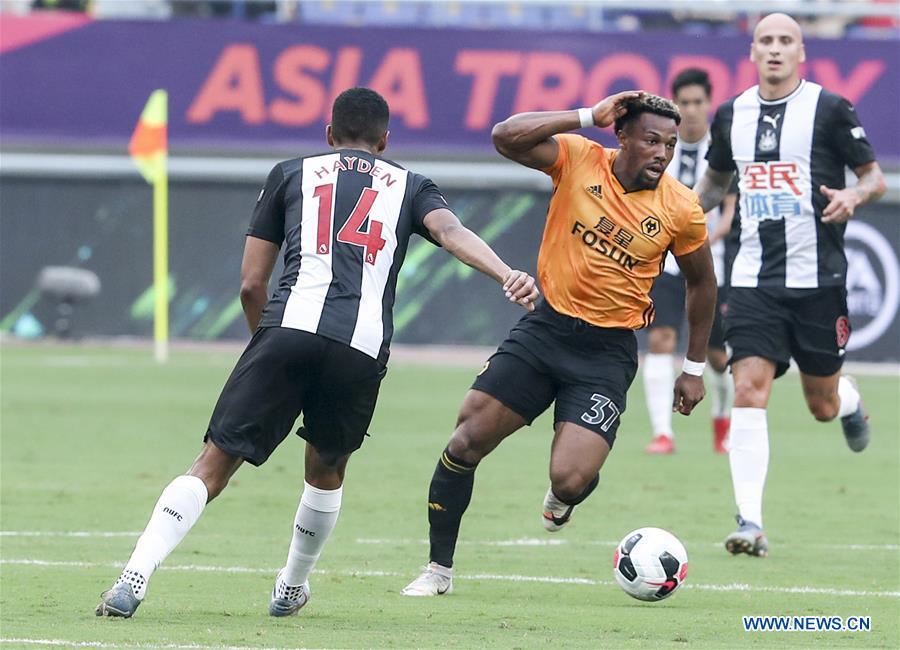 Adama Traore had to make a choice after receiving call-ups from both Mali and Spain for the current international break.

The player, who was born in the outskirts of Barcelona 24 years ago, decided to join Spain rather than his parents' homeland and made his debut as a 62nd minute substitute in Spain's 0-0 draw away to Portugal on Wednesday night.

Adama used his time on the pitch to produce a man-of-the-match display, where he gave the Portuguese defense all sorts of problems with his pace and power.

It was third time lucky for the forward, who had been called up for former Spain coach Roberto Moreno, but pulled out the squad due to injury. He was avoided from making international debut again in this September because of a false coronavirus positive test result.

"All I can do is thank them for the confidence they showed in me," said the forward, who came out from the Barcelona youth system, but plays in the Premier League with Wolverhampton Wanderers.

"I am really grateful to Luis Enrique and all of the staff and the doctors, who have helped me. I was looking forward to thanking them on the pitch," added Adama, who said Luis Enrique, the head coach of the Spain's national team, asked him to always give everything and show the qualities.

"He asks me to help the team to win games," Adama said.

Adama said he had an excellent relationship with Ansu Fati, Spain's other player with African connections.

"We always talk to each other and I know him from our time in the Barcelona youth system, we talk about the time we spent there," said Adama.

Spain will entertain Switzerland in the UEFA Nations League on Saturday, before travelling to face the Ukraine, who they defeated 4-0 in September, on October 13th.