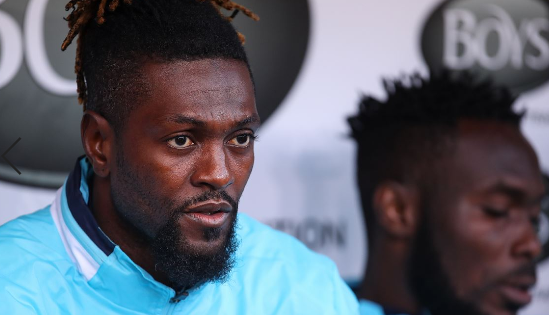 Former Arsenal and Manchester City Togolese striker Emmanuel Adebayor has completed a move to Paraguayan side Olimpia where he is set reunite with Roque Santa Cruz.

The 35-year-old was a free agent having ended his brief spell at Turkish side Kayserispor in December.

Olimpia are currently ranked fifth with seven points from four games in the Apertura.

Olimpia have won a record 43 Primera División titles to date and are the only Paraguayan club to win a CONMEBOL title.

El Decano is Adebayor's 10th professional club since leaving his native Togo in 2001.

Other than Arsenal and Manchester City, the Togolese has also played for Tottenham Hotspur, Real Madrid. Monaco and Crystal Palace.

Adebayor has featured the most number of times for the Togolese national team having featured 87 times. He is also the record scorer with 32 goals for his country.

He is set to be presented to Olimpia fans later this week as they look ahead to a match against 12 de Octubre at the weekend.