Ajax goalkeeper André Onana was banned for one year by UEFA in a doping case on Friday and is set to miss next year's African Cup of Nations in his home nation of Cameroon. 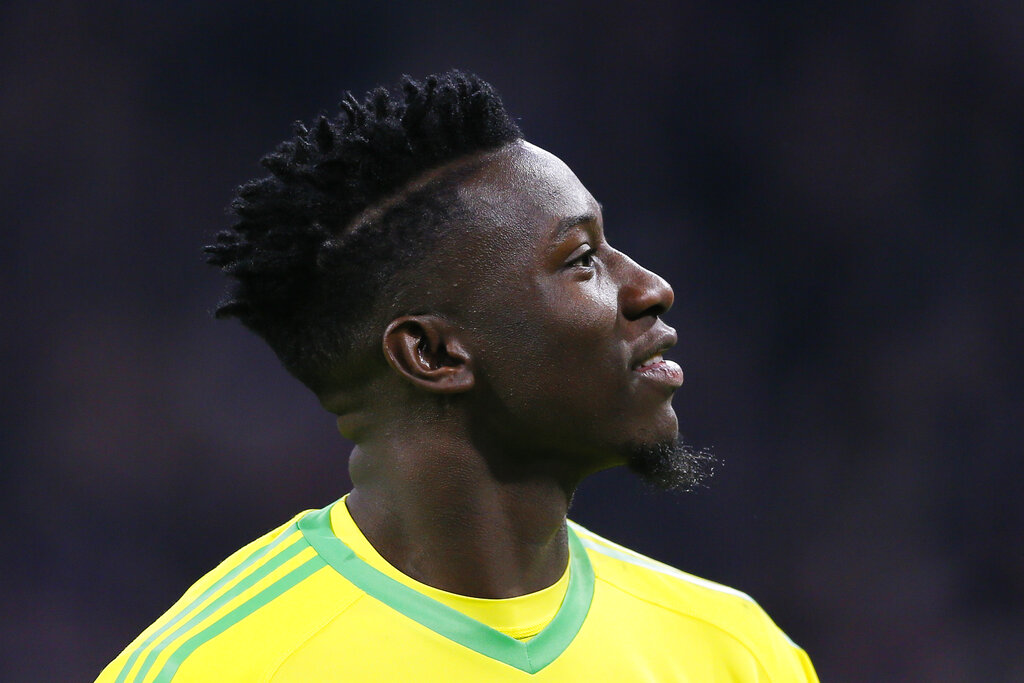 Onana tested positive for furosemide, a banned diuretic often used as a masking agent to hide the presence of other drugs, in a urine sample given last October.

After feeling unwell, Onana said he took a pill prescribed for his girlfriend from a packet he mistook for aspirin “because the packaging was almost identical."

“I just want to clarify that everything was the result of a human mistake,” Onana said in a statement, describing the UEFA ban as “excessive and disproportionate.”

Anti-doping rules make athletes liable for banned substances in their body, though they can argue they were not at fault or negligent.

Onana and Ajax said they will appeal against the ban at the Court of Arbitration for Sport.

“We had hoped for a conditional suspension or for a suspension much shorter than these twelve months, because it was arguably not intended to strengthen his body and thus improve his performance,” Ajax managing director Edwin van der Sar said.

Although Onana’s positive test was in October, he continued to play in domestic competitions and the Champions League. Ajax placed third in its group, which was won by Liverpool.

UEFA does not announce doping cases in process and Onana was judged by its appeals committee before the verdict was revealed Friday.

The 24-year-old Onana has been the first-choice goalkeeper at Ajax for five seasons and a regular for Cameroon.

Ajax is currently in first place in the Dutch league and plays Lille this month in the round of 32 of the Europa League.