All preparations for the 2022 Beijing Winter Olympics have been completed and ready, a spokesperson for the Beijing Organising Committee for the 2022 Olympic and Paralympic Winter Games said on Tuesday, three days ahead of the Games. 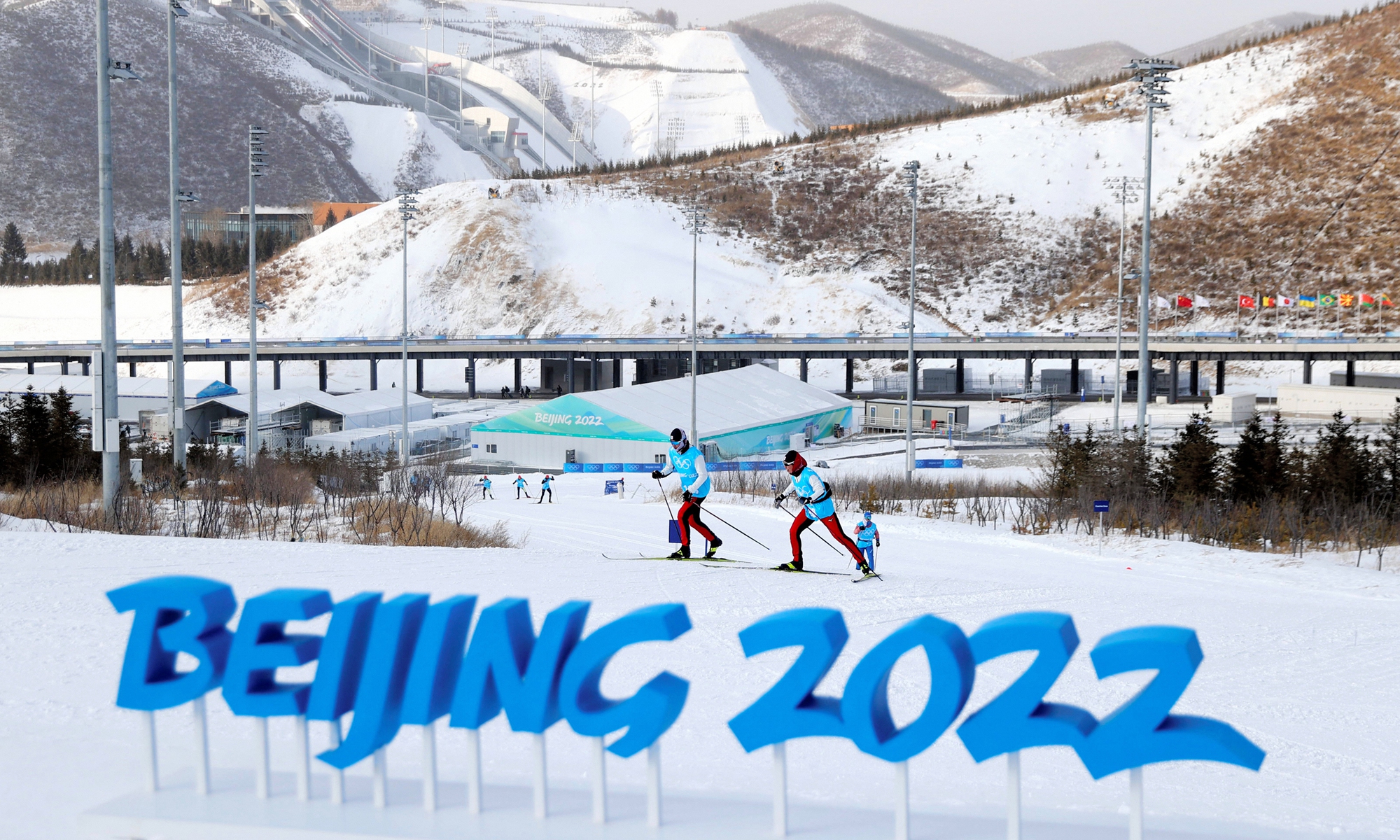 Zhao Weidong, the organizing committee spokesman said the construction of venues and infrastructure are completed and operation is smooth, the competition venues have welcomed official training for athletes, the non-competition venues such as the Winter Olympic Village and the main media center have been put into use, and barrier-free facilities are available to meet the standard of Paralympic Winter Games.
In addition, the hotels, medical care, and volunteer services in the three competition areas of Beijing, Yanqing and Zhangjiakou have been all running in a smooth and orderly manner. New technologies such as hydrogen-powered vehicles, 5G communications, cloud broadcasting, and robots have also been demonstrated and applied, he added.
Beijing is in full swing of welcoming the Winter Olympics as the event is approaching, and the city, which also hosted the 2008 summer Olympics, is experiencing a unique view during the Spring Festival holidays.
The 2022 Beijing Winter Olympics coincides with the Spring Festival, which is a New Year gift from the international Olympic family to China, Zhao said at the press conference in Beijing, adding that China will deliver a "simple, safe and splendid" Winter Olympics back to the world.
Before the official start of the press conference Tuesday, a short video was played, which combined the Spring Festival elements such as candied haws, red lanterns, firecrackers, and dumplings with winter sports elements such as skiing and skating, highlighting the festivity and the passion for winter sports.
"Looking back in 2008, Beijing presented a 'truly exceptional' Olympic Games, and 14 years later, we will once again present a ' simple, safe and splendid' Winter Olympics," Zhao said.
Nearly half of all athletes for the Beijing 2022 Olympic Winter Games have now arrived in China, and over the past few days have been familiarizing themselves with the 12 competition venues following their opening for training, according to the International Olympic Committee on Monday.