SPORTS All venues completed ahead of China's 14th National Games

All venues completed ahead of China's 14th National Games

Construction and renovation of all 53 venues for China's 14th National Games have been completed, ahead of the one-year countdown to the event next year in Shaanxi Province, northwest China. 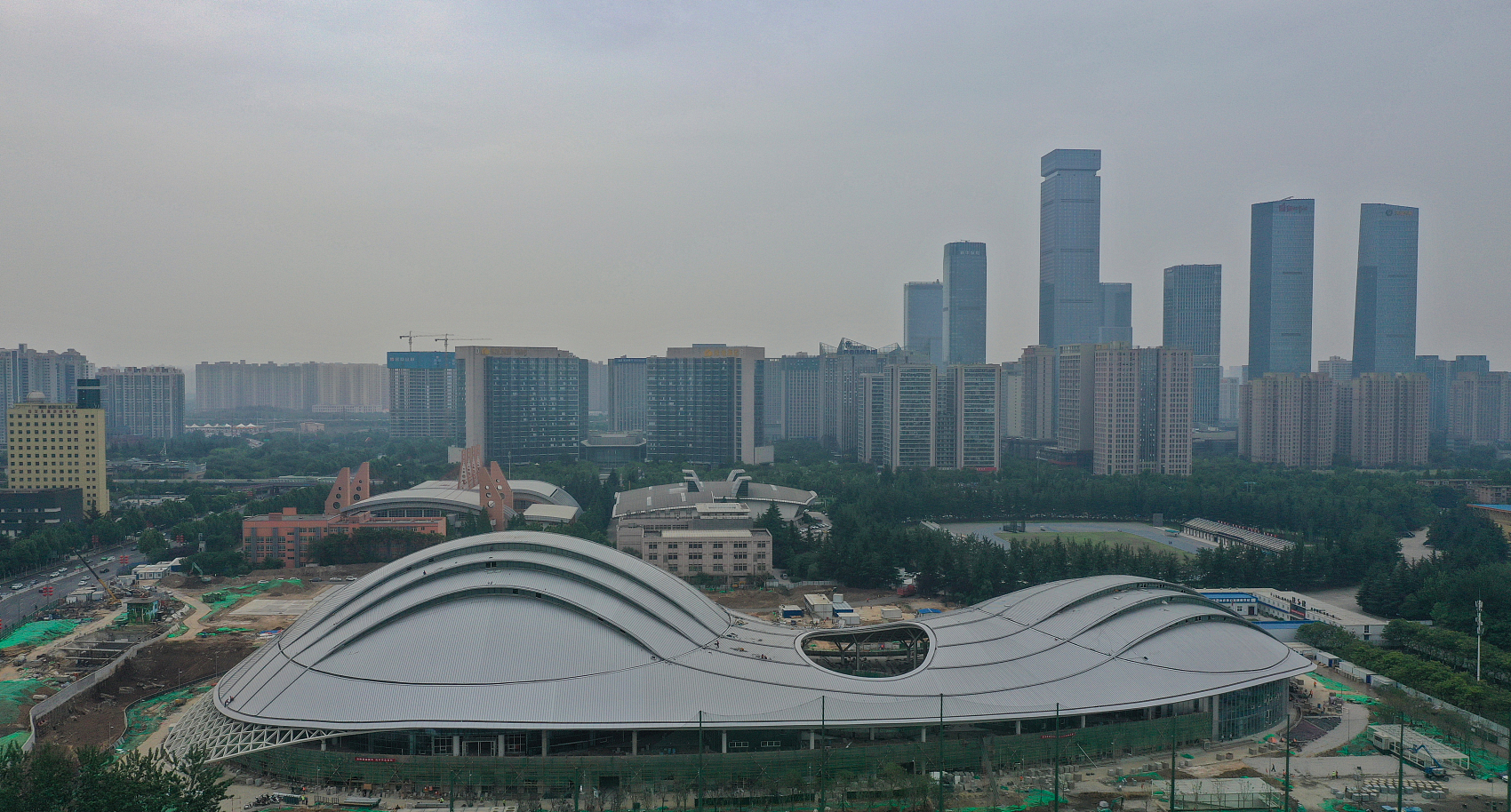 Located in Xi'an, the capital city of Shaanxi, the Xi'an Olympic Center Stadium is affectionately known as the "pomegranate flower" for its unique shape. The making of the futuristic flower, however, was not easy.

A total of 136 smart lamp posts were also installed around the venue for the opening ceremony, each one equipped with a WiFi router, a surveillance camera, a speaker box and an alarm.

"We will take advantage of advanced technologies such as 5G and facial recognition to improve the athletes' performance and the audience's experience," said stadium design manager Hao Qing.

High-standard lighting is also the highlight around 100km away at the Yangling Tennis Center, which is newly completed.

"The courts are among the best in the country," said organizing committee official Chen Peng. "This lighting is rarely used even in big cities like Beijing, Shanghai and Guangzhou. Players will have minimal interference from the light and play better."

To host the games frugally, Shaanxi has limited the building of new venues. More than half of the 53 venues were renovated from existing facilities across the province.

"Many big competitions, such as the national swimming championships and the provincial games, had been held at the Baoji Aquatic Center. We have a lot of experience in hosting swimming and diving events," said Wen Jiankang, from Baoji's sports bureau.

Untypically for such a facility, the Baoji Aquatic Center puts the swimming pool and the diving pool in two separate halls.

"The diving pool has a high platform, so the ceiling must be high. So we put the swimming pool in the other hall, with a lower ceiling, to save around 40 percent on the heating," Wen said.

The Weinan Sports Center Gymnasium, which has hosted games of the Women's Chinese Basketball Association (WCBA) league and the Chinese National Basketball League (NBL), has been repurposed into the venue for the Games' weightlifting competitions.

"Weinan is ready," said Zhang Xiaomin, head of Weinan's sports bureau, "Besides being a good venue, the city has about 80 referee's assistants ready to help at the Games. We also have an efficient organizing team. We will do our best to deliver a wonderful Games."

Throughout the construction and renovation of the venues, economically-underdeveloped Shaanxi focused on more than just the two-week event.

While installing the football pitch in Weinan, a turf company established a football turf production base in the county of Dali, aiming to provide high-quality grass in northwest China.

"Weinan aims to build a sports industry chain through hosting the National Games so as to boost the local economic development," said Wang Peng, an official from Weinan's sports bureau.

Apart from the sports industry, ordinary Shaanxi citizens also hope to benefit from the Games.

In the neighboring city of Xianyang, the newly-built Xianyang Olympic Center Stadium is open to citizens free of charge.

Despite its small population, the city of Tongchuan enjoys an outstanding atmosphere for basketball, with more than 300 players enrolled at 10 clubs and 20 teams, according to the local sports authority.

"We hope the basketball competitions of the National Games will further boost people's passion for the sport," said Gu Guangxian, general secretary of the Tongchuan Basketball Association.

"We hope we can attract more basketball fans in the post-Games era, and more importantly, that we can also discover more talented young players," he said.