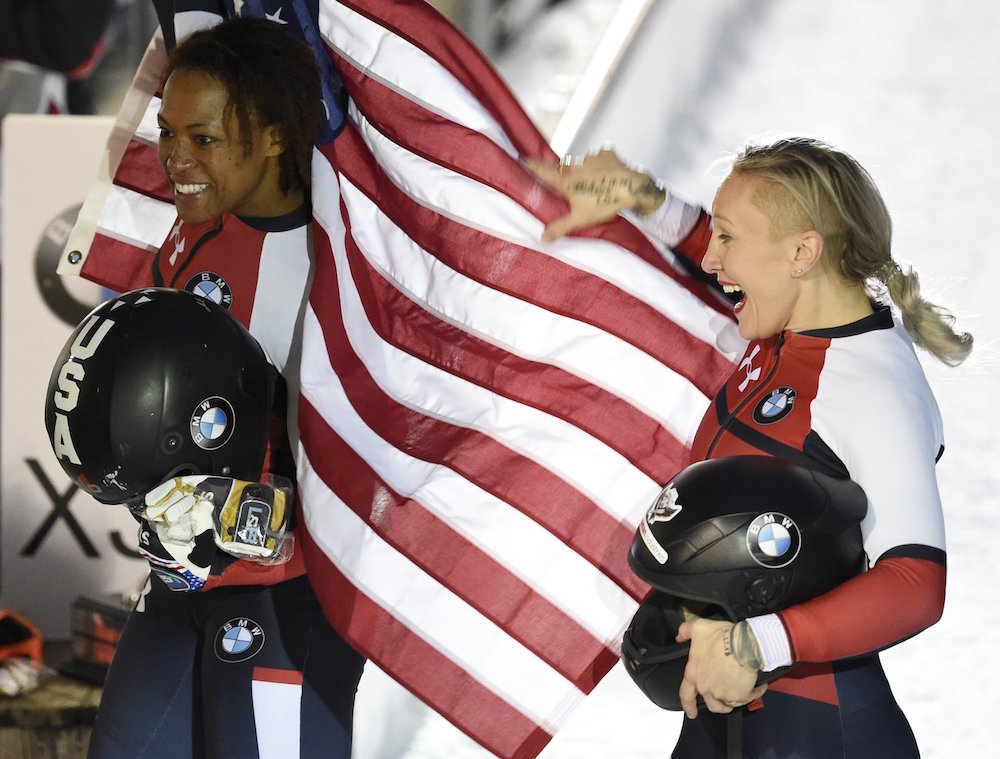 In partnership with her brake athlete Lauren Gibbs, Humphries celebrated her third worlds title following her World Championship triumph in 2012 and 2013.

"This is one of my top favorite tracks. I love Altenberg. It's a very challenging track and demands a lot of focus and respect. This is worth all of the risk and I am so happy it worked," said Humphries.

Kalicki became the first athlete in the 2-woman bobsleigh to win junior and senior World Championship medals in the same year.

"You can't compare the silver medal to the junior World Championship title, it's a completely different ball game. We didn't think anything like this could happen here. We managed four decent runs and showed what we were capable of. The fourth run was actually really relaxed as we knew we only had to go down one more time," said Kalicki.

"We knew it's gonna be a big battle. All are very competitive athletes. We just tried to be very consistent and to do the exact same things in every single run. And that's what we did," said De Bruin, who was the world bronze medallist last year and finished third overall in the World Cup this season.

Humphries won her first two World Championship titles while competing for Canada. Her World Championship gold in Altenberg is also the third for Team USA. The pilot Elana Meyers Taylor won the 2-woman bobsleigh title in 2015 and 2017.

The Olympic champion and defending world champion Mariama Jamanka of Germany, who went into the final heat in third place with her brake woman Annika Drazek, missed out on the podium after finishing fourth.

The overall World Cup winner Stephanie Schneider of Germany, racing with Leonie Fiebig, finished fifth ahead of the European champions Nadezhda Sergeeva and Elena Mamedova of Russia in sixth.

Ying Qing and Du Jiani were the top Chinese finishers in tenth.