WASHINGTON, June 6 (Xinhua) -- Patrick Cantlay of the United States won the US PGA Memorial tournament for the second time in his career after edging past compatriot Collin Morikawa on the first playoff hole on Sunday.

Cantlay and Morikawa, who each shot 1-under 71 in the final round, made late birdies to pull away from the field and then each parred on the 18th hole for a total of 275 to force a playoff.

In the playoff - on the 18th hole - Cantlay buried a 12-foot putt for par to win the Memorial tournament.

Spanish star and defending champion Jon Rahm was leading the tournament after three rounds with a six-stroke lead on Saturday but was forced to withdraw after testing positive for COVID-19. 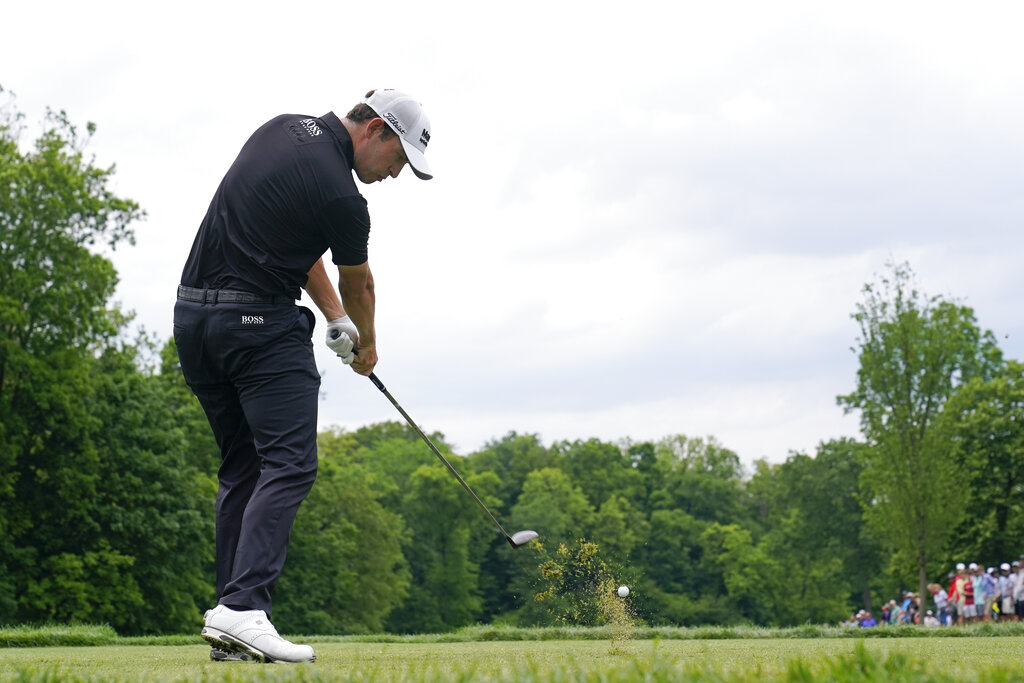 Patrick Cantlay tees off on the fifth hole during the final round of the Memorial golf tournament, Sunday, June 6, 2021, in Dublin, Ohio. (Photo: AP)

"Such a weird situation and very unfortunate," Cantlay said of Rahm's departure. "Rahm played so amazingly in the first three rounds. Me included, everybody knows it would be a totally different day today had that not happened."

"There's nothing I can do except reset and just take the new paradigm and run with it. I thought I did a good job of staying focused and it really felt like a battle between Collin and me all day and that's just kind of how it played out. It just felt like it was me and him trading blows all day," the 29-year-old added.

Another American Scottie Scheffler was third on 277.