SPORTS Analysis: The NBA is proceeding with extreme caution

Analysis: The NBA is proceeding with extreme caution 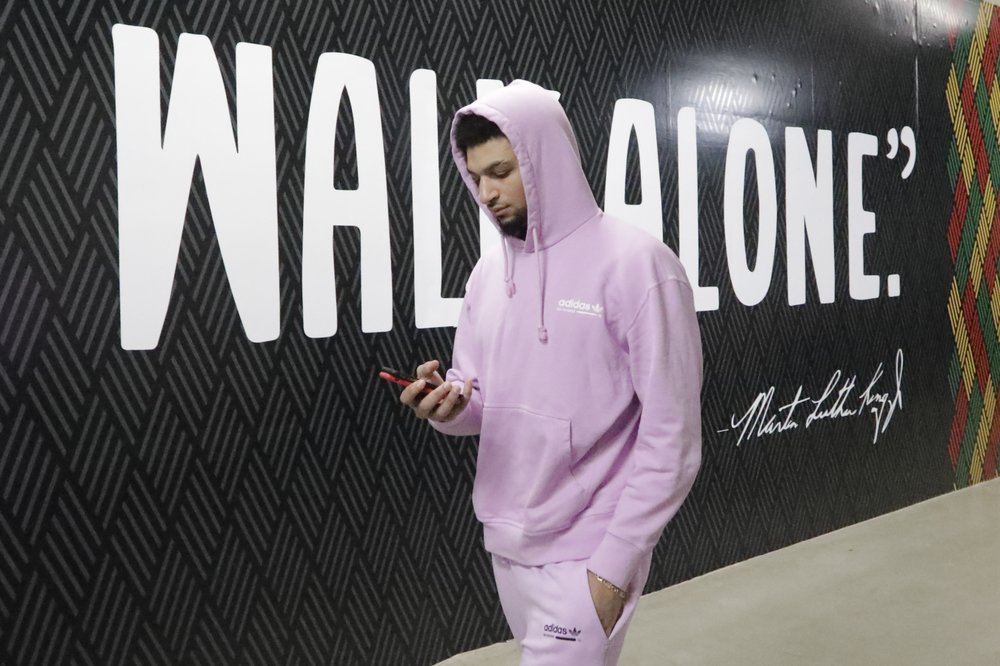 In this Feb. 5, 2020, file photo, Denver Nuggets guard Jamal Murray arrives at the Vivint Smart Home Arena before the start of their NBA basketball game against the Utah Jazz in Salt Lake City. (Photo: AP)

The NBA says some players can voluntarily return to their team practice facilities starting Friday, with some very specific conditions and only in places where local and state governments have signed off on such openings.

It’s unclear how many players will be back on the floor Friday when the league ban gets lifted. Miami is allowed to open its doors for the first time in six weeks but won’t until at least Monday while it works out certain logistical details. Orlando isn’t going to welcome players back immediately either. Same goes for Utah, the first NBA team to deal with the coronavirus after Rudy Gobert tested positive March 11 and the league shut down almost immediately. And most teams aren’t allowed to open yet to because of local rules.

Basketball hasn’t been played in two months and the league, the teams and the players still seem to have a universal desire to get back to work, finish this season and crown a champion. But, perhaps mindful of challenges other leagues have faced in their efforts to resume play amid a coronavirus pandemic that has shut down the sports world, the NBA seems to be moving with extreme caution.

“The biggest goal is to have the confidence of the players and the staff that they can enter the facility safely,” Utah general manager Dennis Lindsey said.

Simultaneously, everybody wants to play, and everybody wonders if it’s safe to play. It’s like all parties involved know that a major misstep now could doom any realistic chance of playing anytime in the next few months.

“Our task force at the league is studying how do we get back to playing basketball again, following the data, looking at every possible model,” Magic CEO Alex Martins said this week while addressing an Orlando-area economic forum.

And opening the practice courts is only Phase One.

Phase Two, who knows when that will come. It’s not imminent.

Games are not close. Getting players back into facilities is not a precursor to games being played, it’s more about keeping them out of public gyms and playgrounds that are starting to reopen. Positive tests during individual training or practices could delay or destroy plans for games.

There are some reasons for hope. The NBA is still working toward a plan to test players if the season resumes. It has exchanged data with leagues across the world, and there have been some success stories. Baseball is being played again in South Korea. MLS teams returned to fields Wednesday for workouts with restrictions. Germany’s top soccer league has allowed players to return to training facilities, even though some staff and players have tested positive.

It’s the NBA’s turn to start seeing where it stands.

The rules that NBA teams will have to adhere to when they resume even the voluntary workouts are like none previously put in place. A 12-feet buffer between everyone, one player per basket, one ball per basket, no more than four players in the facility at once. Everyone must wear masks and gloves, the lone exception being players while they work out. Every player must undergo cardiac screening before resuming voluntary workouts.

Spalding, which makes NBA basketballs, has even developed a plan that has been sent to teams for how to clean the balls after workouts: wipe them down with a solution made from a quarter-teaspoon of dish soap like Dawn mixed with a gallon of water, then further wipe them down with just water, allow them to air dry, then spray the balls with a disinfectant.

“We’re all analyzing information and talking through what-ifs and trying to learn little details that could make a difference,” DiFiori said. “It’s literally a constant, daily process.”

Cleveland is among the teams planning to open its doors to players Friday, along with Portland and Denver. By next week, a few teams will have players back at work and getting shots up again.

“We will be opening up in a soft opening ... at some point, soon,” Heat coach Erik Spoelstra said in a chat on the NBA’s Twitter channel Wednesday night. “There’s a flickering of a light that we’re all feeling right now, but I think it’s also important that we all stay extremely aware and vigilant as we take these incremental steps forward.”

If all goes right, most teams may be back within two or three weeks. Maybe in June, they can practice. Maybe in July, the season can resume. There are countless hurdles to clear by then, the testing issue foremost among them. It is far from certain that the season gets saved.

But getting back onto the court is a good first step, even if the NBA is taking baby steps on the way there.