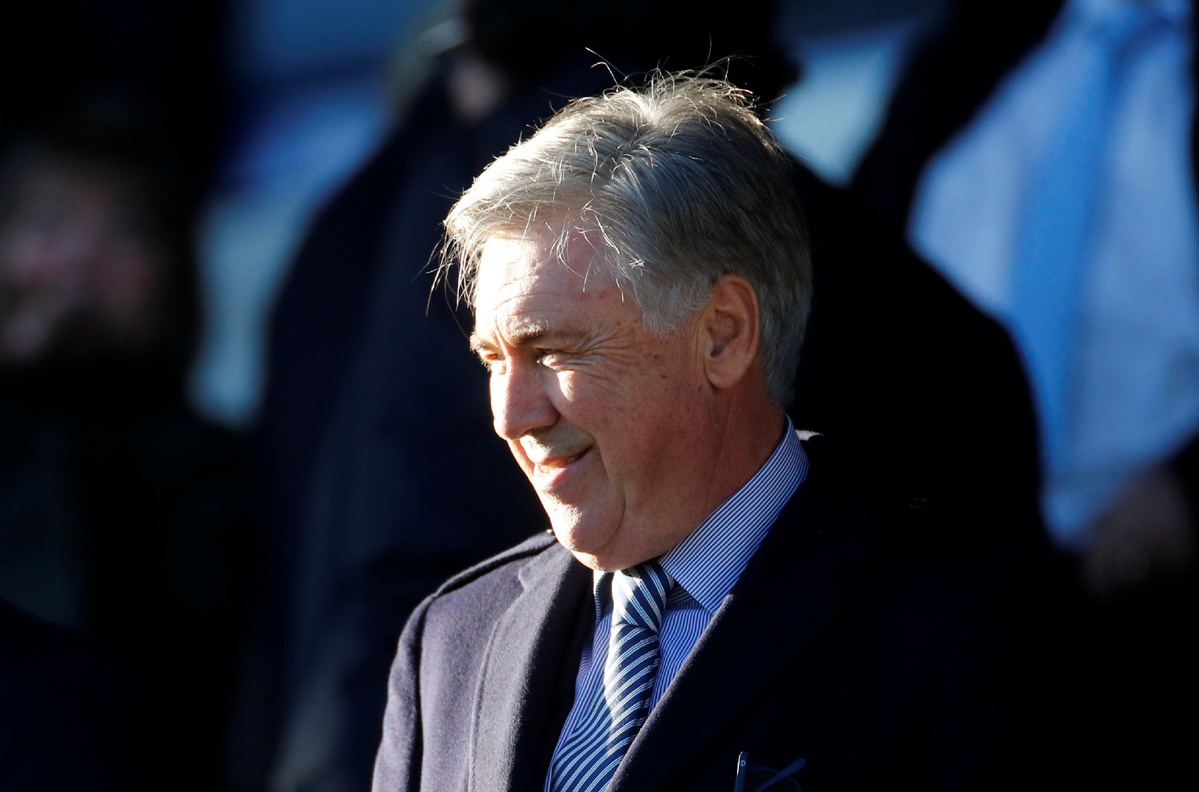 LONDON-- Premier League club Everton announced on Saturday that Carlo Ancelotti has been appointed as the team's new manager and the Italian will take up his new role from Sunday.

Ancelotti, 60, has agreed a four-and-a-half-year deal with Everton after being sacked by Serie A club Napoli earlier this month. His first match as Everton's coach will be the visit of Burnley on December 26.

"This is a great club with a rich history and a very passionate fan base. There is a clear vision from the owner and the board to deliver success and trophies. That is something that appeals to me as a manager and I am thrilled at the prospect of being able to work with everybody at the Club to help make that vision a reality," said Ancelotti on the club's official website.

Everton fired manager Marco Silva on December 5, one day after the Toffees were beaten by Liverpool 5-2 and placed the 18th out of 20 teams in the Premier League.

Under the interim coach Duncan Ferguson, Everton have beaten Chelsea 3-1 and drawn in the following two Premier League matches, climbing to the 15th place in the rankings.

"I have seen from the performances in the last two weeks that the players are capable of so much. The work Duncan has done is a great credit to him. Strong organization, strong discipline and the right motivation are some of the key ingredients in football and I'm pleased that he will be part of my backroom team moving forward," said Ancelotti.

It was said Vitor Pereira was high on Everton's shortlist after the sack of Silva but the coach of Chinese Super League side Shanghai SIPG turned down the offer.

Pereira led Shanghai SIPG to win their first ever title of the top league of China in 2018 and finished third in the 2019 season.