Everton coach Carlo Ancelotti slammed referee Kevin Friend's "joke" decision to send off Lucas Digne as the Premier League leaders' unbeaten start to the season ended in a 2-0 defeat against Southampton on Sunday before Leicester climbed to fourth with a 1-0 victory over a faltering Arsenal.

Everton had gone eight games without defeat in all competitions this term, but they paid the price for a lethargic display at St Mary's.

Ancelotti's side fell behind to James Ward-Prowse's first-half goal and Che Adams doubled the lead before the interval.

Toffees left-back Digne was sent off for a dangerous challenge on Kyle Walker-Peters in the second half despite his claims he tripped when he stood on the Southampton defender's heel.

"The red card was a joke, it was not intentional, for sure it was not violent. Maybe it was a yellow," Ancelotti said. 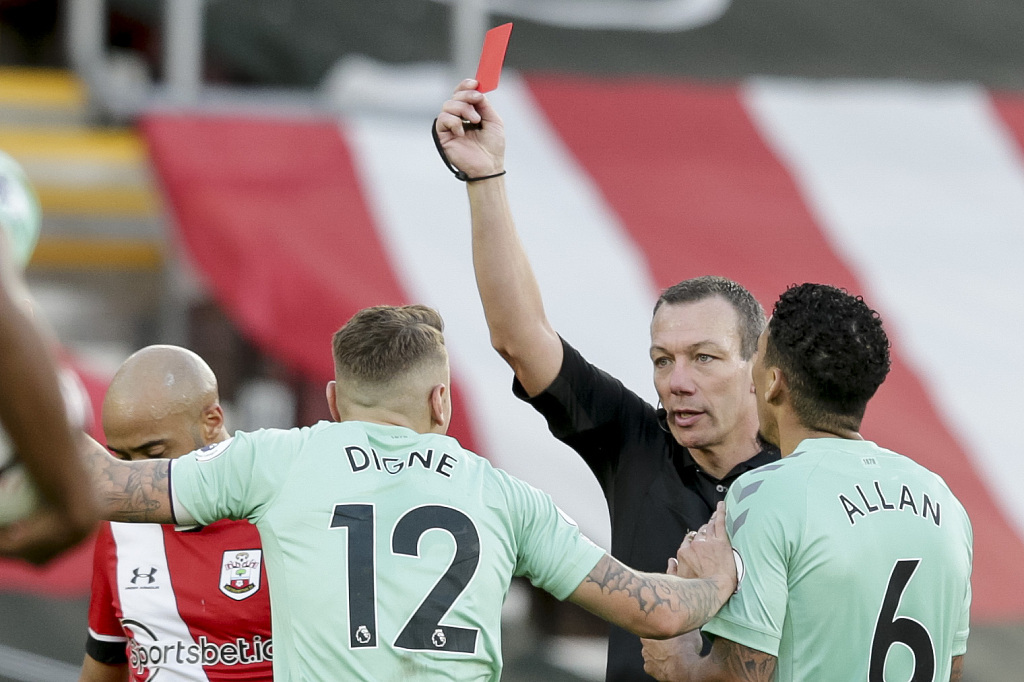 Without the suspended Richarlison and injured Seamus Coleman after last weekend's stormy Merseyside derby draw with Liverpool, Everton lacked the drive and quality that had been the hallmark of their strong start to the campaign.

They remain above the champions and their local rivals on goal difference but Ancelotti admitted: "We didn't play well, Southampton were better than us and they deserved to win...I told the players winter is coming and we will have to react."

Southampton have only lost twice in 13 league matches and climbed within three points of first place.

Everton goalkeeper Jordan Pickford was in action for the first time since his ugly tackle on Virgil van Dijk left the Liverpool defender with a serious knee injury.

Pickford had been subjected to vicious abuse on social media, but Ancelotti refused to take the error-prone keeper out of the spotlight and, in fairness, the England international had no chance when Ward-Prowse put Southampton ahead in the 27th minute by firing into the far corner for his first goal of the season.

Everton's last hope vanished in the 72nd minute when Digne was dismissed for his awkward foul on Walker-Peters. 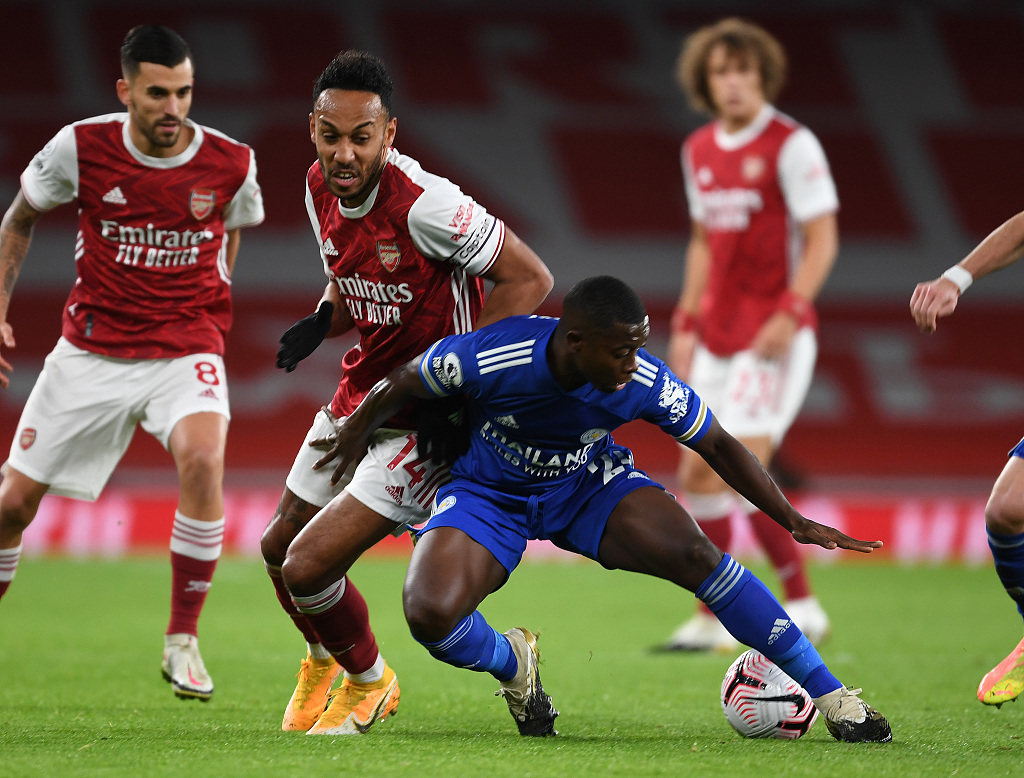 Players of Arsenal and Leicester City in action during their Premier League match at Emirates Stadium in London, UK, October 25, 2020.

Arsenal and Leicester appeared to be heading for a goalless draw until second-half substitute Jamie Vardy, initially on the bench with a calf injury, scored 10 minutes from time when he headed into an empty net after good build-up play involving Youri Tielemans and Cengiz Under.

Former England striker Vardy has long been a thorn in Arsenal's side. This was his 11th goal in 12 Premier League games against the Gunners.

Foxes manager Brendan Rodgers praised Vardy's impact by saying: "He makes the big contributions in the big games. That shows you the level he is at and he is a world-class player. I'm lucky to have him."

Arteta was furious that what looked like a headed opening goal from Alexandre Lacazette was disallowed for offside by Granit Xhaka.

"I'm really disappointed, we had it in our hands in the first half and I don't know how the hell Lacazette's goal was disallowed," Arteta said.

Arsenal captain Pierre-Emerick Aubameyang is without a goal in his last five league games, although the Gabon forward did score against Rapid Vienna in the Europa League on Thursday.

At Molineux, all the drama was packed into the closing stages as Wolves and Newcastle shared the points in a 1-1 draw.

Wolves took the lead in the 80th minute when Mexican striker Raul Jimenez lashed past Magpies keeper Karl Darlow from 20 yards for his fourth goal this season.

But Steve Bruce's side equalised in the 89th minute when Jacob Murphy curled in a 25-yard free-kick.