SPORTS Argentina suspends all football leagues because of COVID-19

Argentina suspends all football leagues because of COVID-19 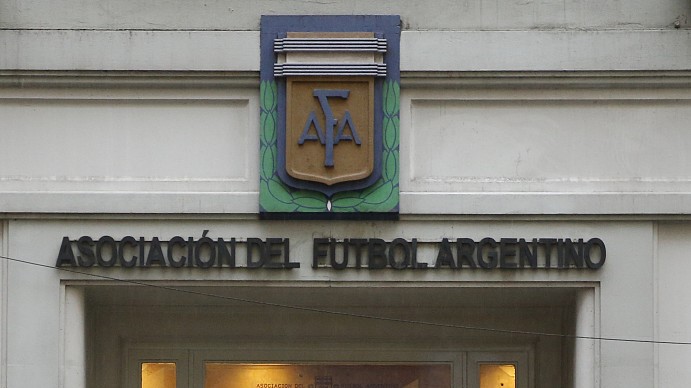 All football leagues in Argentina will be suspended for nine days because of new surge of COVID-19 infections, the Argentine Football Association (AFA) announced on Friday.

"At this moment in which our country must make an effort to control this distressing pandemic that affects us, the AFA and all in football will once more follow national authorities and suspend the schedule for all matches of local tournaments for nine days," said the organization in a statement.

The games of Copa Libertadores scheduled for next week will not be affected, according to AFA.

The country has over 3.4 million COVID-19 cases which resulted in more than 72,000 deaths, according to the Ministry of Health of Argentina. For the past week, infections have been growing at more than 30,000 a day, the fastest in Argentina since the pandemic began.

President Alberto Fernandez on Thursday announced stricter "circuit breaker" measures including school and non-essential commerce closures as well as banning of social, religious and sporting events in the nation of 45 million.

"We are living the worst moment since the pandemic began," said Fernandez. "Today, as never before, we must all take care of ourselves to avoid all the losses that we can."

In another 23 days, Argentina will host Copa America between June 13 and July 10. Originally Colombia was supposed to do it together with Argentina, but the South American Football Confederation (CONMEBOL) decided to rule Colombia out amid violent anti-government protests and soaring COVID-19 cases in the country.

Colombia on Thursday said it will ask CONMEBOL to postpone Copa America for similar reasons. "The Colombian government will formally request to the South American Football Confederation, via the Colombian Football Federation, the postponement of the Copa America. We think the most important thing about an event of this magnitude is public attendance," Sports Minister Ernesto Lucena said in the statement.

In response, CONMENOL removed Colombia as a co-host on the same day.