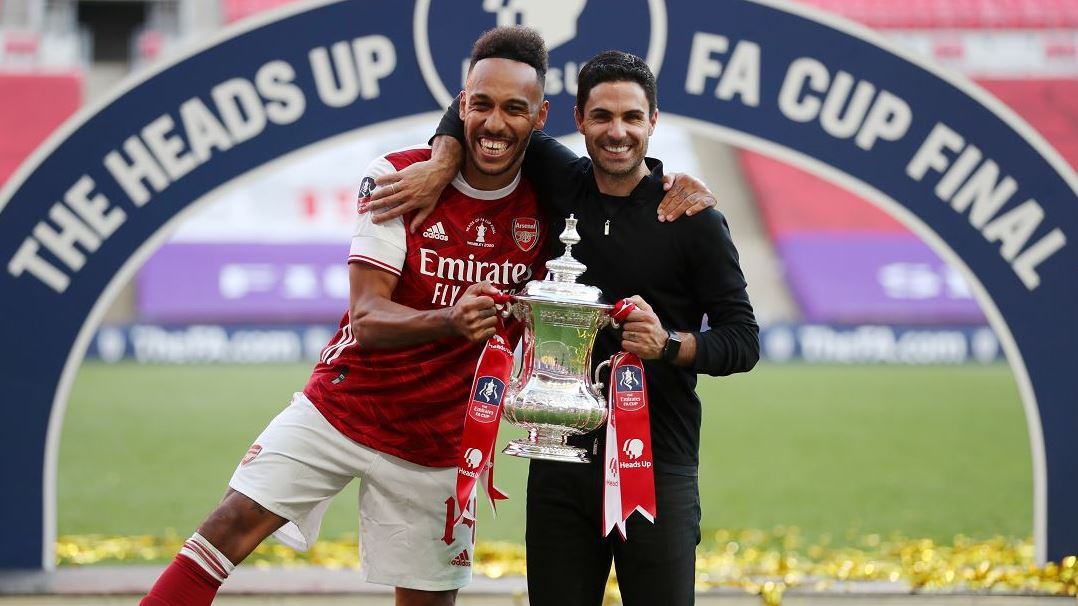 Arsenal manager Mikel Arteta has hailed Gabonese forward Pierre-Emerick Aubameyang for his contribution to the side's change to their 14 FA Cup title.

The 31-year-old scored twice as the Gunners beat Chelsea 2-1 in the final at Wembley on Saturday, to win their first trophy in three years.

"Big games require big moments from big players, and he's delivered that in the semi-final and he's done it again in the final," Arsenal.com quotes Arteta.

"That's why you ask about those players. Some were questioning that he couldn't do it in big games. There we go. He was a big, big part of delivering this trophy. He's done it and we are so proud to have a player like him in our squad."

Aubameyang has been linked with a move away from the Emirates following the Londoner's trophy drought, and his remarks after the game did little to diffuse the rumours.

Asked whether Arsenal's win would convince hi to remain at the club next season, the Gabonese star was non-commital.

"I'm really not thinking about this. I just want to enjoy this with the guys and take the trophy," he told BT Sport.

But Arteta remained optimistic his talisman will commit his future to the club, saying Arsenal's team would be built around him in the pursuit of more trophies.

"I hope so. Everything is based on my conversations with him, how he sees his future, what I expect from him, the team that I want to build around him and the conversations I have with the people who are very influential around him. The club, we all respect and admire him, the players are all behind him. We know the players that we have and we have to value him. I think if we reach all of those points, we'll make progress," said Arteta.