Asian football tournaments to go ahead this year, official says 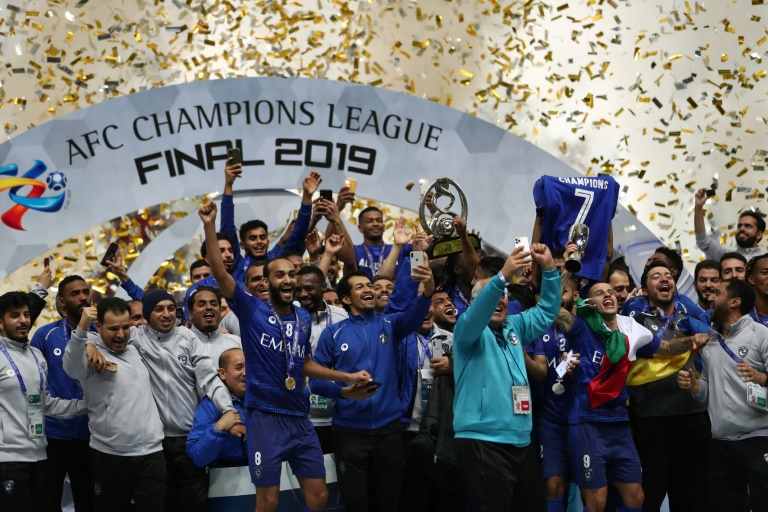 Asia's top football competitions will go ahead this year despite the coronavirus pandemic, a senior official told AFP, although games may have to be played behind closed doors.

Windsor John, general secretary of the Asian Football Confederation (AFC), said he was confident that the AFC Champions League and AFC Cup would both be completed.

Both tournaments, featuring teams from throughout Asia, Central Asia and the Middle East, are on hold until at least the end of June after COVID-19 shuttered professional sport worldwide.

"Both will be played this year. We still have time," John told AFP, adding that new dates for the competitions may be known by the end of April.

However, John did not rule out matches being played without fans "if that's what the health authorities need".

The AFC is determined for both tournaments to go ahead "for sporting reasons and to fulfil commercial obligations", he said.

His comments came after the AFC on Tuesday announced the indefinite postponement of all matches scheduled for May and June due to the virus.

The Champions League, the region's premier club competition, and the second-tier AFC Cup were both halted in March as the pandemic's spread forced governments to impose strict travel restrictions.

Both tournaments are on an increasingly tight schedule, with the 32-team Champions League needing to complete four rounds of group-stage matches in July before the postponed knock-out phase begins in August.

The group phase of the AFC Cup will also have to be completed in a rush once matches resume.

The finals for both tournaments -- which traditionally take a break in July, to avoid the worst of the Asian summer heat -- are scheduled to take place in November.

Domestic leagues remain on hold around the world, including in China where the virus first emerged, but where football shows no sign of returning despite optimism the outbreak is under control.

Asia's extended shutdown, announced on Tuesday, also affects the two-legged women's Olympic qualifying play-off between China and South Korea, which had already been moved to June 1 and 9.

June qualifiers for the men's 2022 World Cup and 2023 Asian Cup had been postponed before the AFC's announcement on Tuesday.

Asian football was an early sporting casualty of the coronavirus pandemic, before competitions in Europe -- including Euro 2020 -- and the rest of the world were also affected.