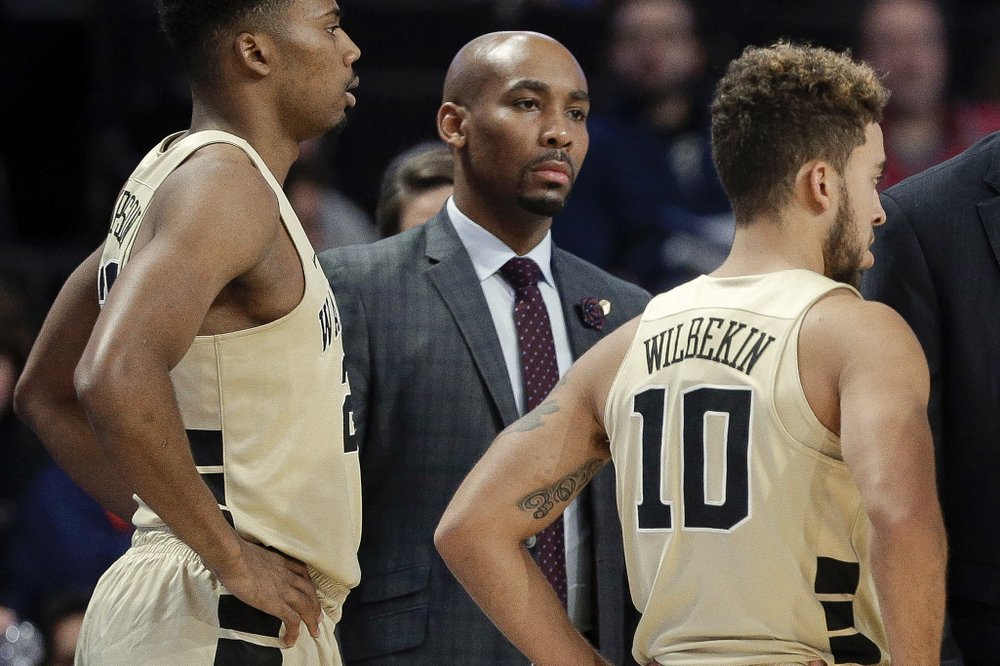 A former Wake Forest University assistant basketball coach has been convicted of assault for fatally punching a man in New York City.

A jury in Queens criminal court found Jamill Jones guilty of misdemeanor assault on Thursday for the punch that killed 35-year-old Sandor Szabo in August 2018.

The New York Post reported that Jones showed no emotion when the jury delivered the guilty verdict, and that Szabo’s friends and family members tearfully consoled each other.

“I am so relieved it’s over,” said Donna Kent, Szabo’s mother. “I’m ready to sleep and move on. This has been my life for 18 months.”

Jones, 37, of Kernersville, North Carolina, faces up to one year in prison at his sentencing next month.

Authorities said Szabo, who may have been intoxicated, banged on the window of Jones’ SUV on Aug. 5, 2018.

Police said Jones got out, punched Szabo and sped off. Szabo fell and hit his head. He never regained consciousness and was pronounced dead at a hospital two days later.

Queens District Attorney Melinda Katz said in a statement that Szabo banged on the rear window of Jones’ vehicle and may have shattered the glass. Still, she said, Jones could have driven away or called 911. “Instead, he retaliated by getting out of his car and punching the victim,” Katz said. “This was a death that could have been avoided, sparing the victim’s family the loss of a loved one.”

Jones was placed on leave by Wake Forest and later resigned. A message seeking comment was left with Jones’ attorney.

Szabo was visiting New York from Boca Raton, Florida. He was vice president for sales at What If Media Group, a digital media company based in Fort Lee, New Jersey.