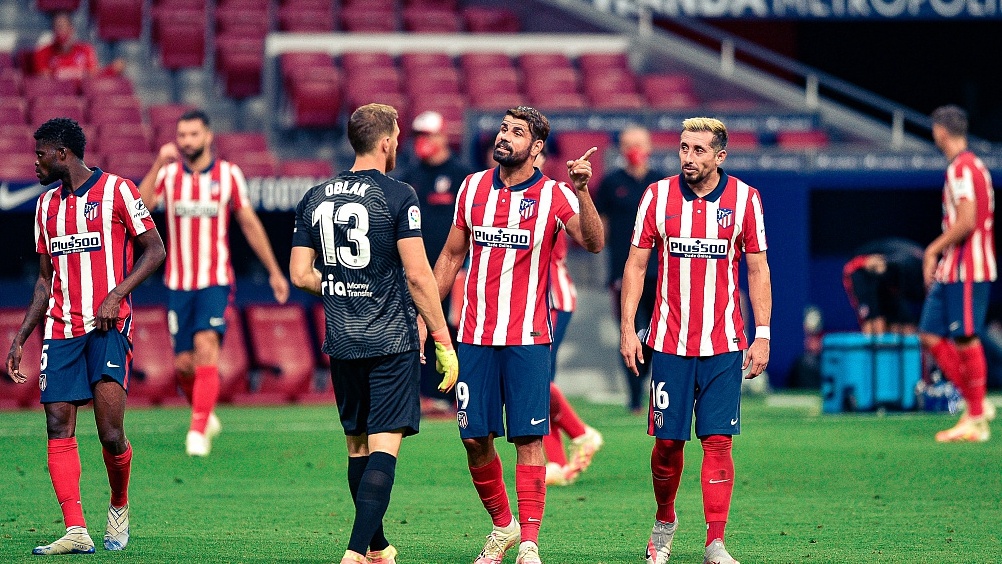 Atletico Madrid announced that two players had been diagnosed with the coronavirus ahead of their clash against RB Leipzig. (Photos: VCG)

Atletico Madrid's latest announcement that two individuals of their Champions League traveling party have tested positive for COVID-19 serves as a timely reminder that world football should stay vigilant and adhere to health guidelines in a time of unprecedented crisis.

The shocking news came as the Spanish giants prepare to take on RB Leipzig in Lisbon, Portugal, on Thursday with a place in the final four at stake. And it could put the showpiece event's new-look "final eight" finale in serious doubt if the current situation worsens.

Atletico didn't reveal the identity of the players or backroom staff who contracted the virus, but the club said in a statement that they are "self-isolating in their respective homes and were reported immediately to the Spanish and Portuguese health authorities, UEFA, the Royal Spanish Football Federation, the Portuguese Federation and the Superior Council of Sports." 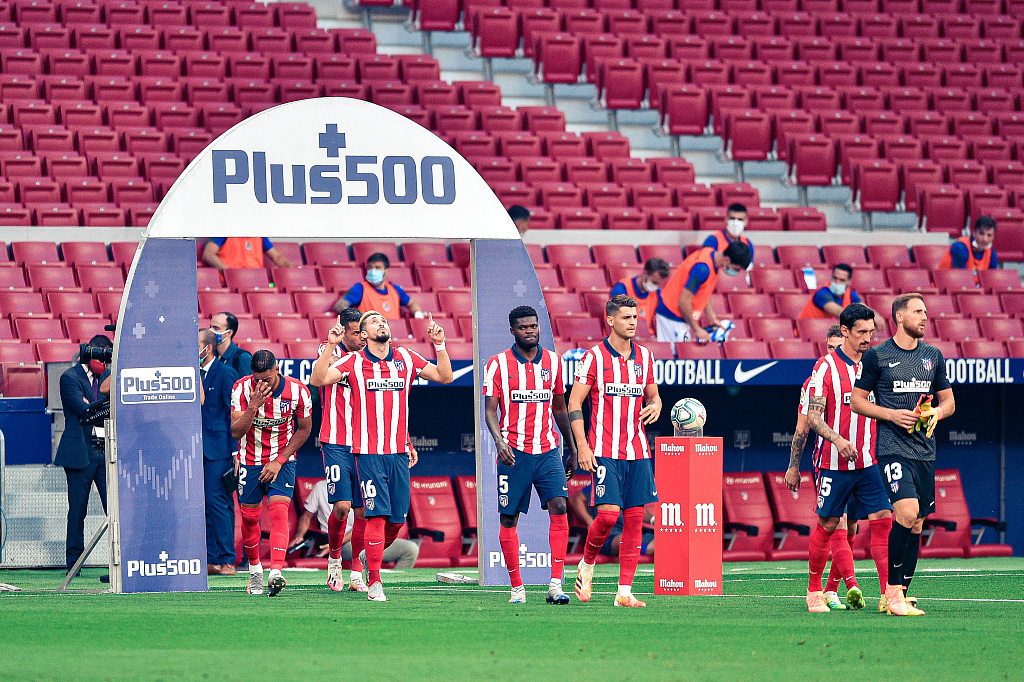 Atletico have not played since drawing 1-1 with Real Sociedad at Wanda Metropolitano, Madrid, Spain, July 19, 2020.

"The corresponding action protocol foreseen for these cases has been activated, which requires new PCR tests to be carried out on the first team and members of the expedition to Lisbon and the closest contacts of the positive cases. These tests will result in changes to training schedules, and in the structure and development of travel and accommodation in the Portuguese capital," it added.

"The club will coordinate the new schedules with UEFA and as soon as there is a new plan, it will be made public. We request the utmost respect over the identity of the two positive cases," the club concluded.

Diego Simeone's side are due to travel to Lisbon on Monday, but according to several Spanish media outlets, Atletico plan to test all their squad and backroom staff all over again before departing for Portugal, which means their original schedule faces further postponement.

The Champions League has already suffered huge disruption as a result of the coronavirus pandemic. It only returned last week after a five-month hiatus and its final stage has transformed into a 12-day condensed tournament in Lisbon. 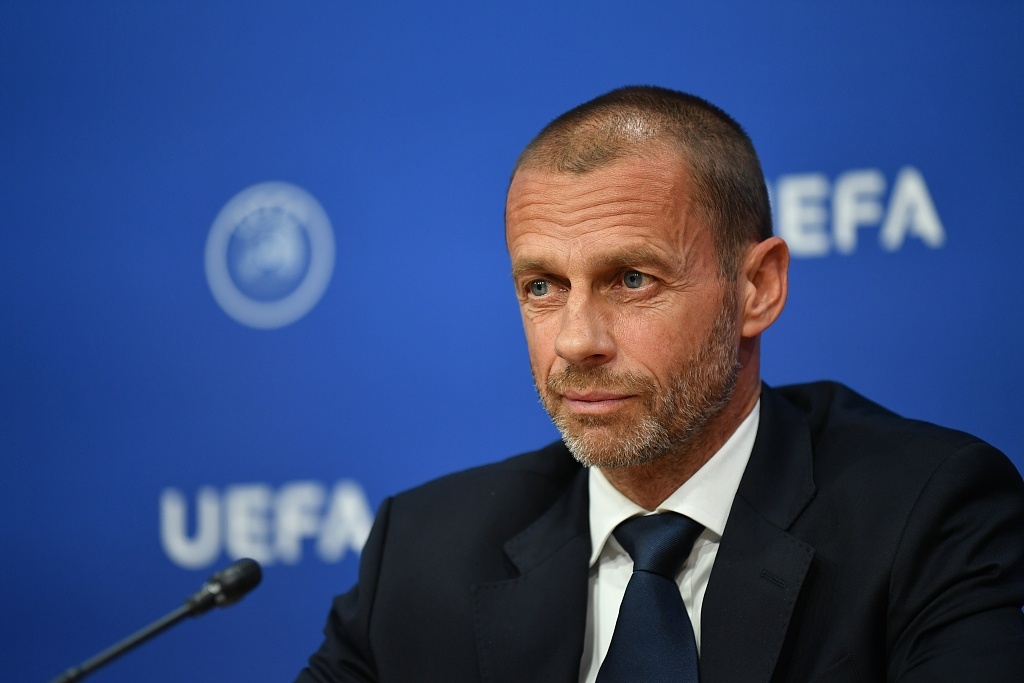 UEFA president Aleksander Ceferin faces a challenge as the 12-day condensed tournament in Lisbon could be disrupted.

To ensure the smooth development of the finale, there are comprehensive health guidelines in place, with teams subject to a strict testing regime and social distancing rules, and the number of people allowed inside grounds kept to a minimum.

However, given the unpredictable nature of COVID-19, it is difficult to foretell how the football recovery will play out.

Just hours after Atletico confirmed two new cases, 10 members of the Brazilian side Goias came down with the deadly virus, forcing a last-minute game postponement.

Goias were about to host Sao Paulo behind closed doors in the first matchday of the Brazilian Serie A. And the last-minute suspension came when both sets of players were warming up on the pitch. 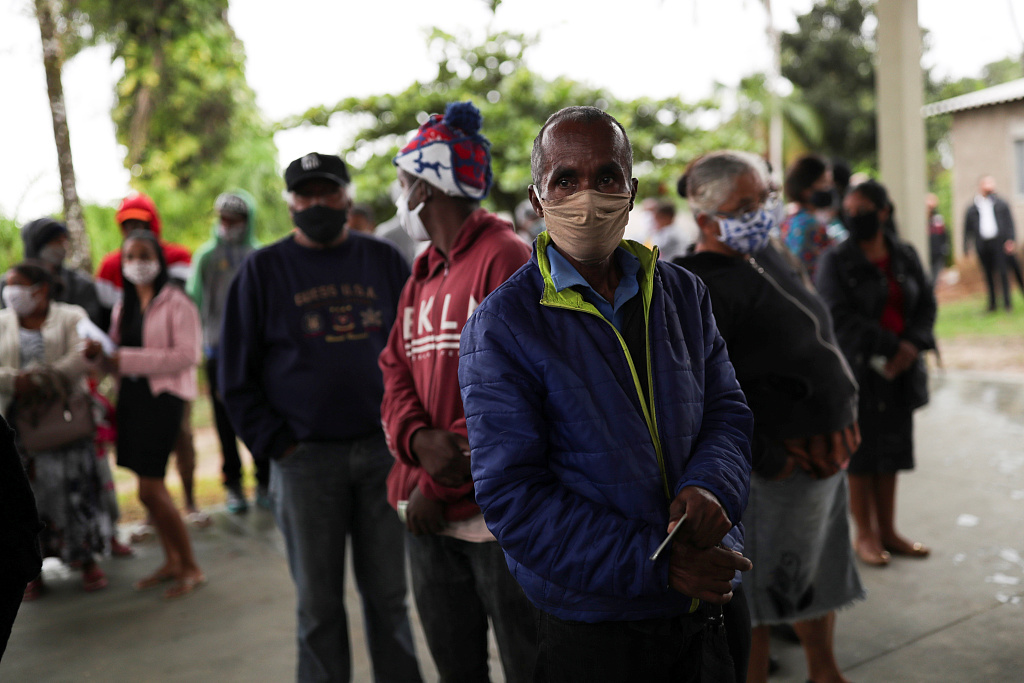 Brazilian residents line up to be tested for coronavirus, Sao Paulo, Brazil, July 30, 2020.

"The game has been delayed," announced Goias president Marcelo Almeida. "Ten of our 23 players tested positive. Unfortunately, we only received the test results today. What we know is that it was going to be a very difficult, very unpleasant situation in public health terms. It was in no one's interest that this game take place."

It was another telling blow to Brazil's football season, whose kick-off was already three months behind schedule due to the pandemic, which has killed more than 100,000 people and infected 3 million in the country.

Though football is more than just a game, life is obviously more important at this time of great stress, as Sao Paulo put it via Twitter on Sunday: "Nothing is more important than staying healthy."