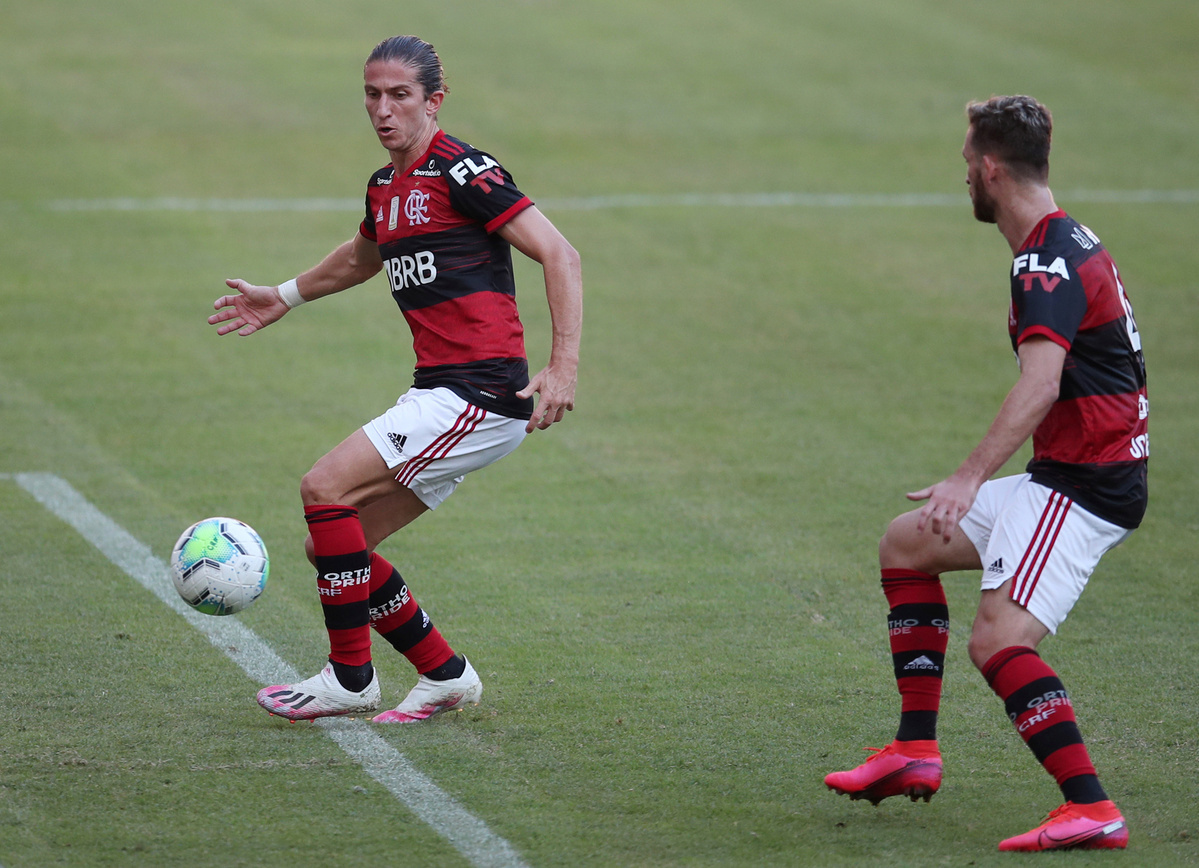 Flamengo's Filipe Luis scoring an own goal and the first for Atletico Mineiro, following the resumption of play behind closed doors after the outbreak of the coronavirus disease (COVID-19) at Maracana Stadium, Rio de Janeiro, Brazil, August 9, 2020. (Photo: Agencies)

Luis gifted the hosts an early lead at the Maracana stadium when he turned Guilherme Arana's cross into Diego Alves's goal.

Flamengo head coach Domenec Torrent, in his first match in charge after replacing Jorge Jesus last week, made three attacking substitutions in the final 30 minutes in an effort to spark his team into action.

Atletico Mineiro head coach Jorge Sampaoli has now defeated Flamengo in consecutive Serie A matches, having masterminded Santos's 4-0 win over the Rio side on the final weekend of the 2019 league season.

Elsewhere on Sunday, forward Claudinho came off the bench to score in second-half stoppage time and earn newly promoted Bragantino a 1-1 draw at Santos.

Former Changchun Yatai striker Marinho had given the hosts the lead with a 65th-minute strike at the Vila Belmiro stadium.