SYDNEY, Jan. 27 (Xinhua) -- Australian doubles partners Nick Kyrgios/Thanasi Kokkinakis took down No.3 seed Horacio Zeballos/Marcel Granollers in straight sets, 7-6(4), 6-4, on Thursday, securing their finals position in a run that has captivated fans across the nation. 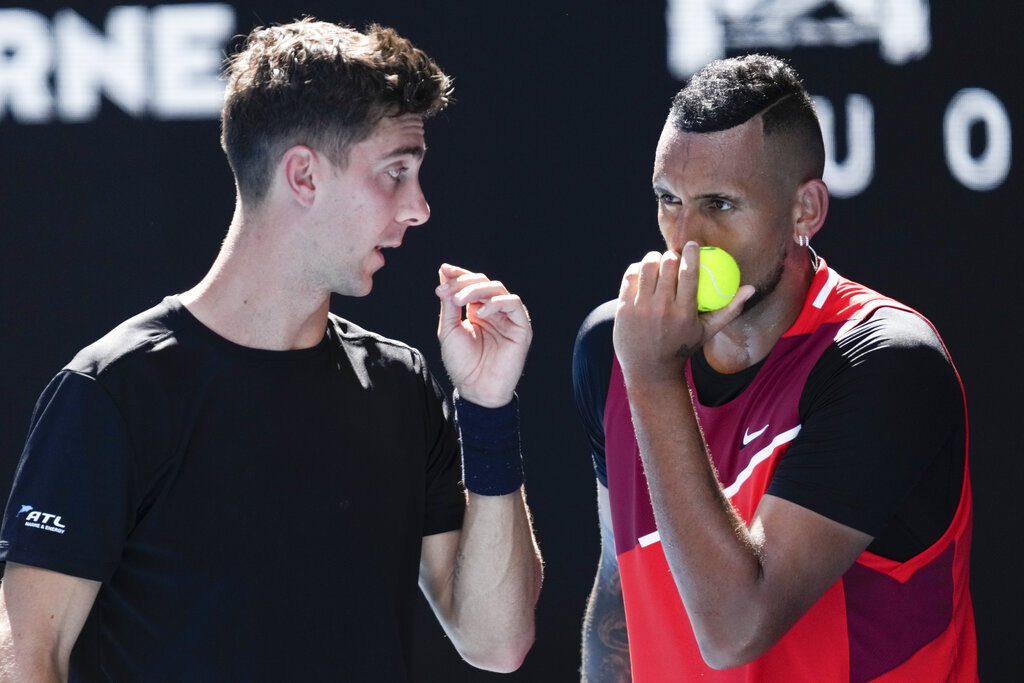 The Australian Open tournament wildcards, dubbed "Special Ks", a nickname given to the pair when they competed together as teenage up-and-comers, held service throughout the first set but were also unable to break their opponents.

The set was brought to a tiebreaker which the "Special Ks" were able to tie up 7-4 with their powerful serves and an unforced error from their opponents.

The Aussies came out blazing in set two, securing a fast three-love lead in under 10 minutes. They were broken back mid-set but ultimately closed out the game with a clutch break in the 10th and final game.

"You know I have played a lot of singles matches around the globe with amazing atmospheres, but this week with Thanasi playing in front of you, nothing beats this. This is insane," said Kyrgios during his post-match interview.

The bombastic Aussie duo have created a stir in this year's tournament, transforming the tennis court into their own personal stage and drawing in crowds more akin to that of a stadium soccer match.

Their natural showmanship and interaction with the crowd has drawn in record TV viewership, matching that of the usually far-more popular singles matches.

Over their tournament-disrupting run, the Aussie pair have left a trail of upsets, knocking out top seeds Mate Pavic/Nikola Mektic from Croatia in round two, and in their quarter-final match upsetting sixth seeds Tim Putz and Michael Venus.

Their victory has secured what will be an all-Aussie Men's doubles finals, as they take on unseeded team Matthew Ebden and Max Purcell.