Australia beat Peru in a sudden death penalty shootout on Monday to secure the penultimate free place at the 2022 World Cup finals. 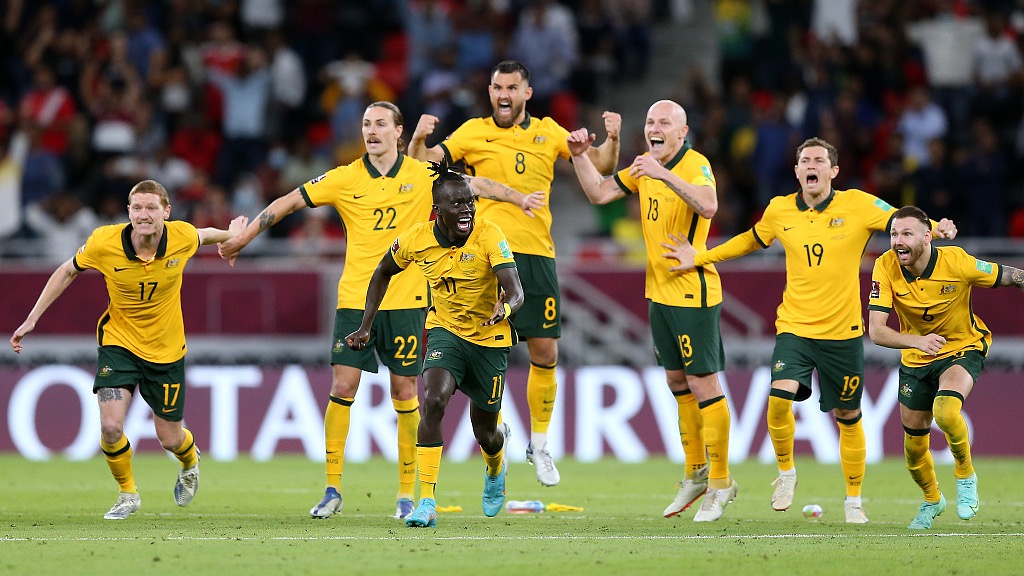 The playoff between the Asian and South American qualifiers was goalless after 120 minutes and only decided when Peru's Alex Valera missed his side's sixth penalty, giving Australia a 5-4 win at the Ahmad bin Ali stadium in Doha.

The winners, 42nd in the world rankings, claimed their sixth ticket to the World Cup finals and a Group D opening match against defending champions France on November 22.

Peru, 22nd in FIFA's list and who beat Australia 2-0 at the 2018 World Cup group stage, were roared on by 10,000 fans, most of whom had flown halfway round the globe for the playoff only to see a frustrating encounter between the rivals.

Australia's Martin Boyle missed his side's first penalty but all were then successful.

Australia's substitute goalkeeper Andrew Redmayne danced on the goal line in a bid to upset the Peru players and Luis Advincula's shot cannoned off a post while Valera's miss set off wild celebrations among the Socceroos and their band of a few hundred supporters.