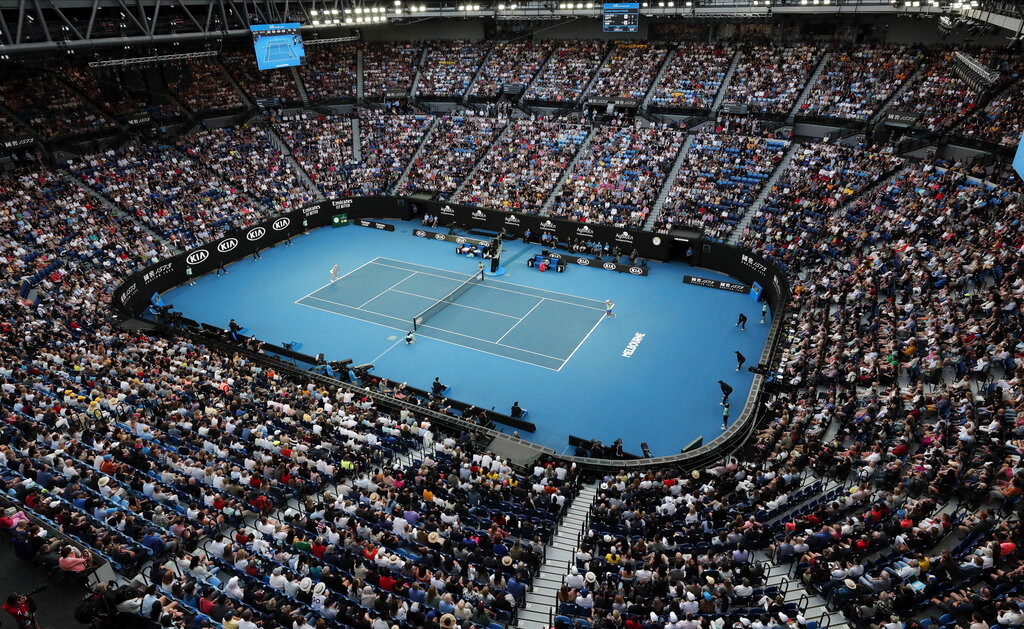 In this Sunday, Jan. 26, 2020 file photo, Spectators on Rod Laver Arena watch the fourth round singles match between Australia's Ashleigh Barty and Alison Riske of the U.S. at the Australian Open tennis championship in Melbourne, Australia. (Photo: AP)

SYDNEY, Feb. 5 (Xinhua) -- The singles draws for the 2021 Australian Open have laid out the championship path for 256 players, with some facing a tougher road than others.

Top-seed Novak Djokovic begins his Australian Open title defense against France's Jeremy Chardy. On the way, he could face early-round matchups with Alexander Zverev, Gael Monfils, Milos Raonic and Stan Wawrinka, as well as being on track for a rematch of the 2020 final against Dominic Thiem. 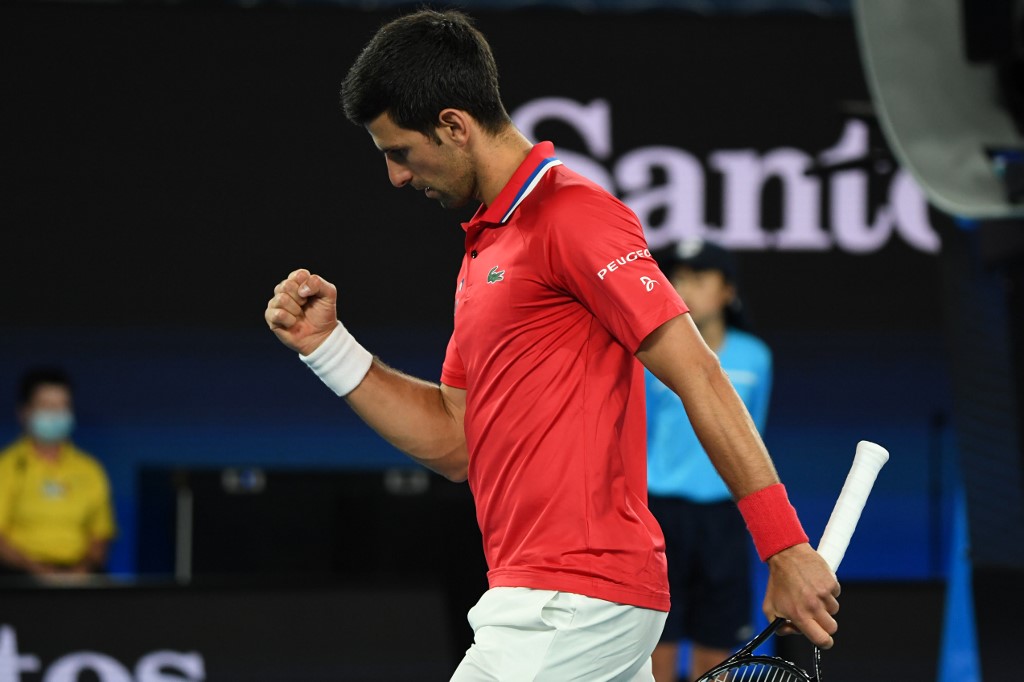 No.2 seed Rafael Nadal is chasing a record 21st Grand Slam singles title and arguably has an easier path to do so, potentially meeting Greece's Stefanos Tsitsipas in the quarterfinals. A matchup between the pair was scrapped at the lead-in event ATP Cup, Nadal pulled out due to a back injury.

In the women's draw, China's highest-ranked player Wang Qiang, who enters the tournament as No. 30 seed, faces former top-five player Sara Errani from Italy in the first round, with a chance to meet seven-time Grand Slam winner Venus Williams in the second. 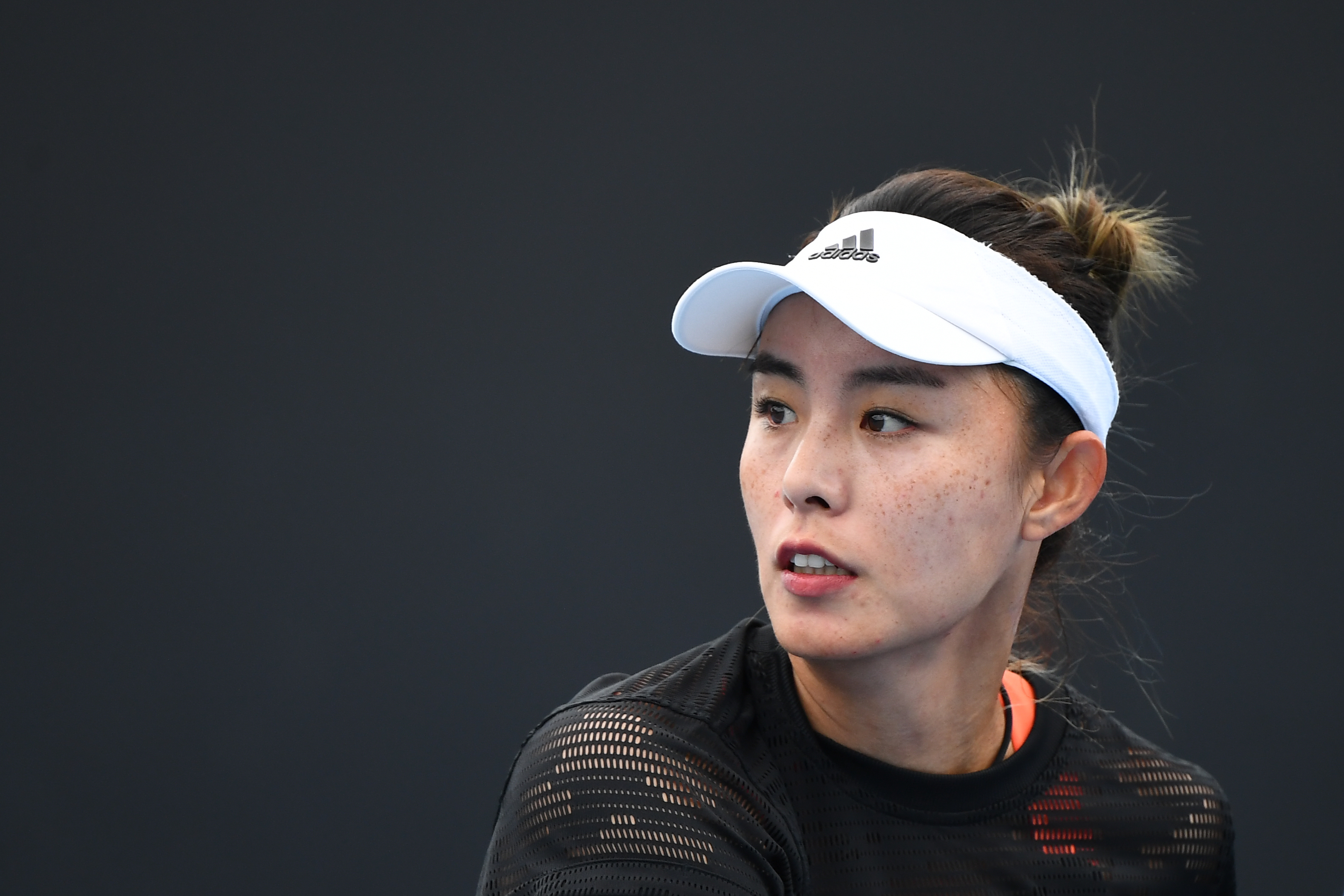 Wang finds herself in the potentially more dangerous half of the women's draw, joined by seven Grand Slam singles champions, four of whom are former world No.1s, including new-found rival Serena Williams who Wang knocked out of last year's AO.

Williams is chasing a historic 24th Grand Slam title and faces the prospect of a difficult succession of matches with world No. 2 Simona Halep, Naomi Osaka and Ashleigh Barty to do so.

In the second half of the draw, China's second-top player, No. 31 seed Zhang Shuai, faces 20-year-old Ann Li from the U.S. in the first round. Zhang has been a fierce competitor on the WTA tour and will be looking to re-establish herself as just as formidable on the singles court as she is alongside Australia's Samantha Stosur in the doubles. 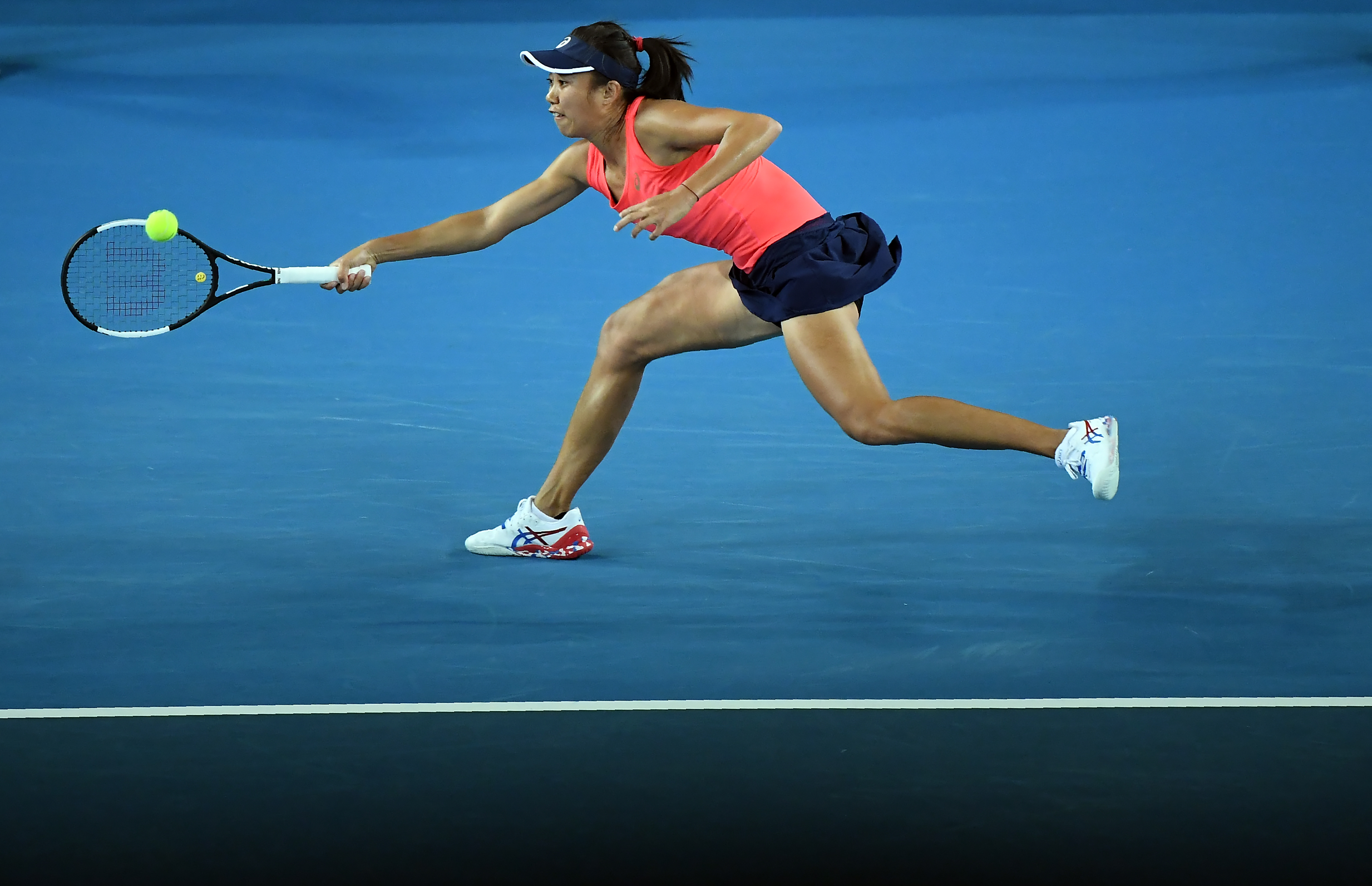 China's Zhang Shuai hits a return against Sofia Kenin of the US during their women's singles match on day five of the Australian Open tennis tournament in Melbourne on January 24, 2020. (Photo: AFP)

An unfortunate Zheng Saisai could meet current world No. 1 Ashleigh Barty in as early as round three if she makes it past former doubles partner Barbora Krejcikova from the Czech Republic in the first. The duo made the finals of last year's Dubai Championships, with Zheng boosting the team to a straight-set win in the semifinals.

Experience will be on the side of China's Zhu Lin when she takes on 18-year-old Whitney Osuigwe in round one, despite the U.S. youngster qualifying on the back of three-straight wins in Dubai. Zhu has a history of exiting Grand Slams in the first round so will be looking to cash-in on her younger opponent's lack of experience.

China's youngest player to make the draw, Wang Yafan faces a more difficult prospect in the form of No. 28 seed Donna Vekic, If she wins Wang will meet an in-form Nadia Podoroska from Argentina who reached the quarterfinals of the warm-up event Yarra Valley Classic.