SYDNEY, Jan. 12 (Xinhua) -- Australian authorities have announced stringent protocols to cope with the risk of COVID-19 during the upcoming Australian Open, coinciding with at least two infections being reported at a qualifying event in Doha.

A worker checks on a logo for the Australian Open tennis tournament ahead of its start in Melbourne on January 14, 2018. (Photo: AFP)

Tennis Australia confirmed to Xinhua on Tuesday that two players, named in media reports as American Denis Kudla and Argentinian Francisco Cerundolo, had tested positive and been withdrawn from the tournament.

The news further highlighted the monumental risk posed by international sporting events in the age of COVID-19 and the threat to Australia's so far largely successful virus suppression.

Australia reported six locally acquired cases of COVID-19 on Tuesday, while the city of Melbourne, which will host the Australia Open, recorded zero.

Authorities in Melbourne said that when the 1,200 tennis players, officials and support people begin arriving for the event from Thursday, they will be subject to the tightest quarantine arrangements in the world for a tennis tournament.

"We are assuming that every single tennis player that arrives and their officials has the potential to be positive," Victorian Minister for Police and Emergency Services Lisa Neville said.

"We have put in place the strongest, the strictest rules that apply for tennis across the world."

Three major hotels in Melbourne have been refitted to house the players and staff as they undergo a two-week quarantine to stop the virus from spreading into the Australian community.

Non-players and staff will be subject to the same rules as overseas travelers returning to Victoria, meaning two weeks' quarantine within a hotel room. However, players and support people who are "essential to player preparation" will be able to leave their hotel rooms for up to five hours a day for training.

To minimize public health risks, dedicated quarantine training venues have been set up, including access to gyms, physiotherapy, and nutritionists. These areas will be treated as their own "quarantine bubbles."

Access to training will be available from the second day of players' quarantine periods and only after players and support people have returned a negative test for COVID-19. 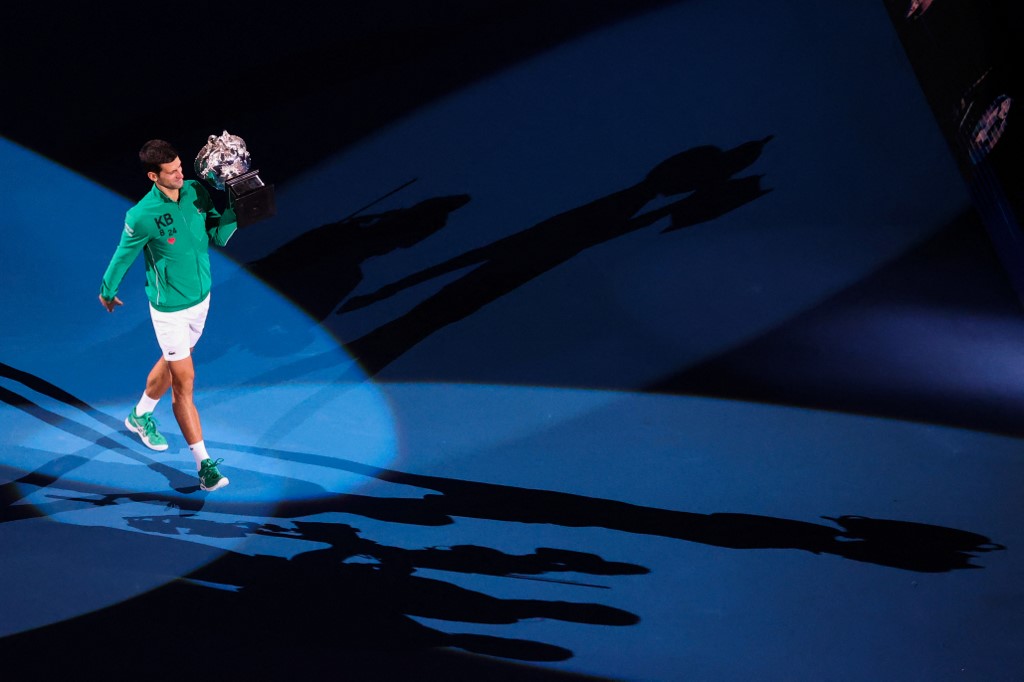 University of Queensland epidemiologist Linda Selvey told Xinhua that due to Australia's relatively low COVID-19 rates, the biggest risk was of the virus being brought in from overseas and spreading amongst players and support staff or to the broader population.

"The biggest risk to the general population is not necessarily on the playing field but what the players do when they're not on the field, such as attending restaurants, entertainment, or even in their hotels (hotel cleaners, etc.)," Selvey said.

"The quarantine/bubble policy is an important measure to reduce the risk of transmission to the general public from the players, but it doesn't necessarily prevent transmission between players or players and umpires."

Whether spectators are allowed at the Australia Open will depend on case numbers in Victoria at the time. A recent cricket match between Australia and India was allowed to be played in front of up to 30,000 fans per day at the 100,000 person capacity Melbourne Cricket Ground.

In a statement from the Australian Medical Association to Xinhua, Federal President Dr. Omar Khorshid said that if rates of community spread in Victoria were resolved at the time of the tournament, it might be safe to have limited numbers of spectators attend.

However, he explained that "social distancing, good hygiene, and crowd control will be vital."

"There is clearly a lot of planning going on regarding the international players and their teams -- those plans must be executed perfectly to ensure the safety of all concerned," Khorshid said.

Spectator behavior at the event will also be closely monitored; however, due to the virus's nature, any large group poses a risk to public health.

"It would be difficult to stop spectators from singing or shouting, which we know are important ways of transmitting the virus as that seems to be part of the fun of being a spectator," Selvey said.

Having been through an outbreak in August last year and subsequent three-month lockdown, Melbourne officials are keen to see the city return to hosting world-class events -- even if the situation demands unprecedented measures to keep it safe.

"The Australian Open is an iconic Melbourne event and while we're excited to welcome the international tennis community back to Victoria, these rules have been developed to keep both participants and the community safe," Neville said.