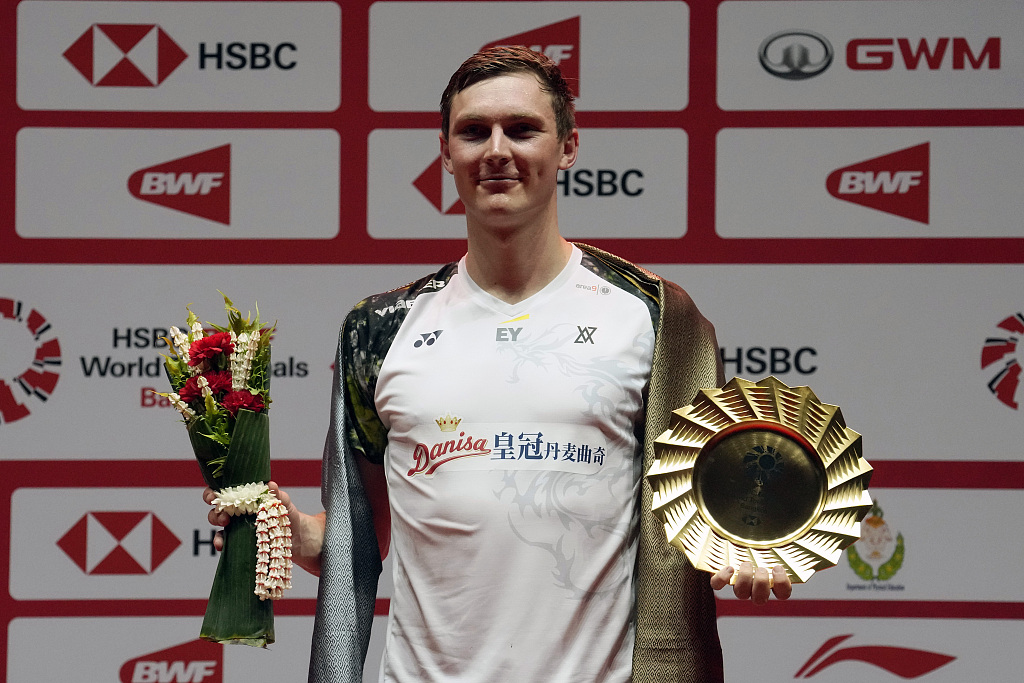 "It feels absolutely amazing," Axelsen said post-match, after dancing across the court and thanking his wife and two young daughters in the crowd.

"I couldn't have wished for a better ending (to the year)." 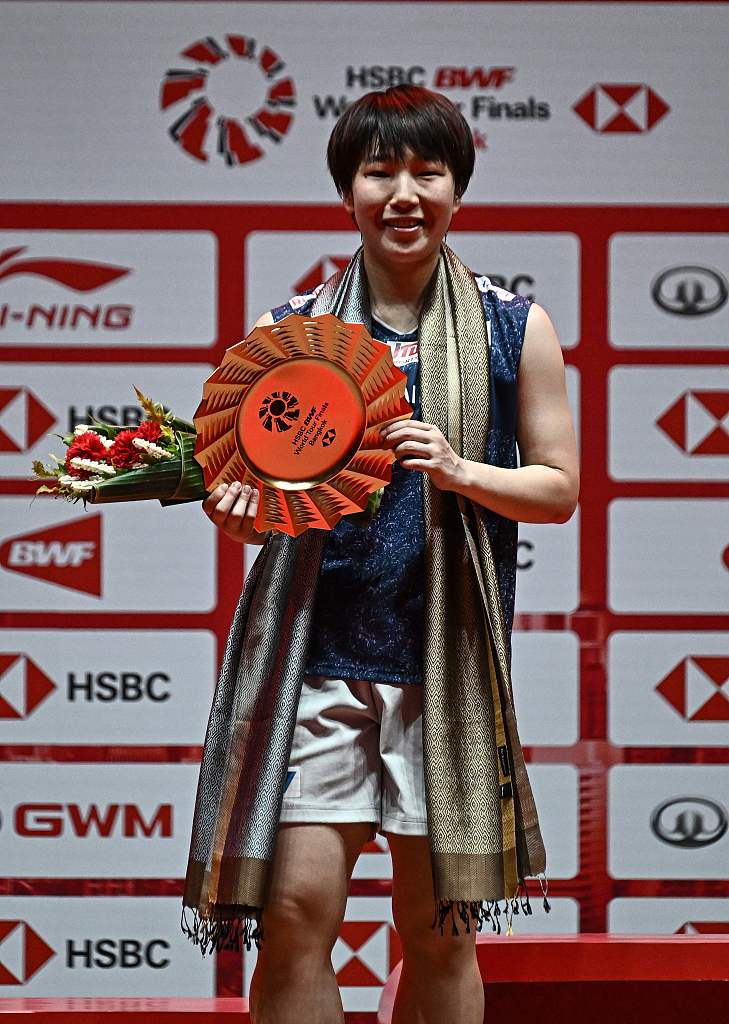 "My opponent was skilled and quite strong, on the second game I was trying to do my best, using all my skills and power," Yamaguchi said post-match. 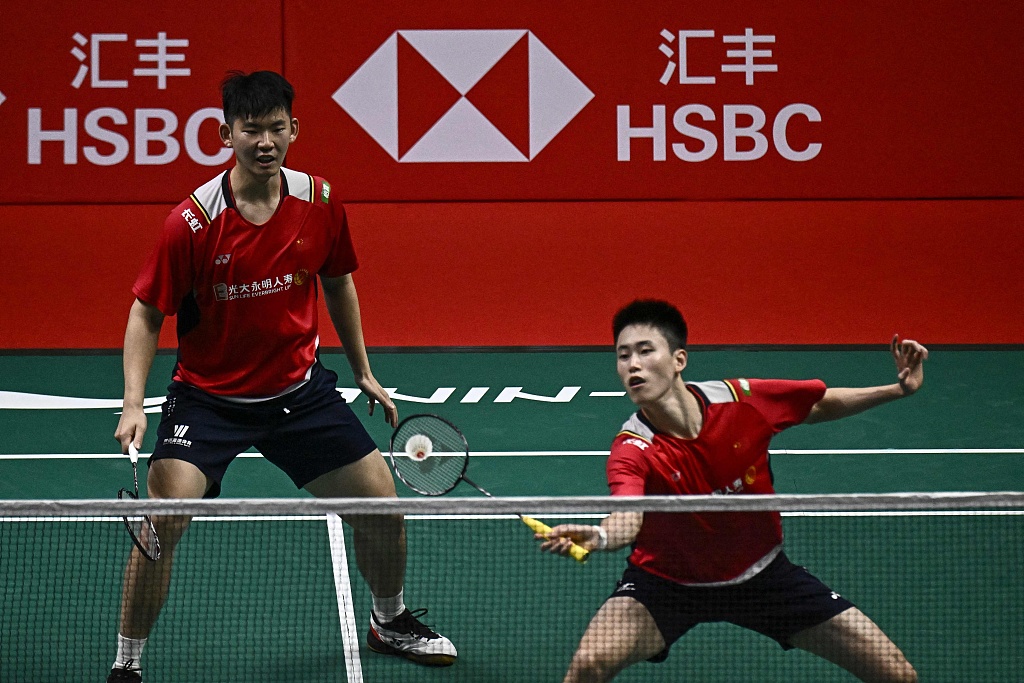 China's Ou Xuanyi (R) returns a shot next to teammate Liu Yuchen on their way to winning the men's doubles title at the BWF World Tour Finals in Bangkok, Thailand, December 11, 2022. (Photo: CFP)

Chinese shuttlers won three titles in the season finale. In the men's doubles final, China's Liu Yuchen and Ou Xuanyi had the upper hand for most of their match against Mohammad Ahsan and Hendra Setiawan of Indonesia. Liu and Ou regained their dominance to take the match 21-17, 19-21, 21-12.

"We made many unforced errors in the second set, which should not have happened. But we stuck to our game plan and tried our best in every single play. It's rewarding for us to take the match back into our hands," said Liu afterwards. 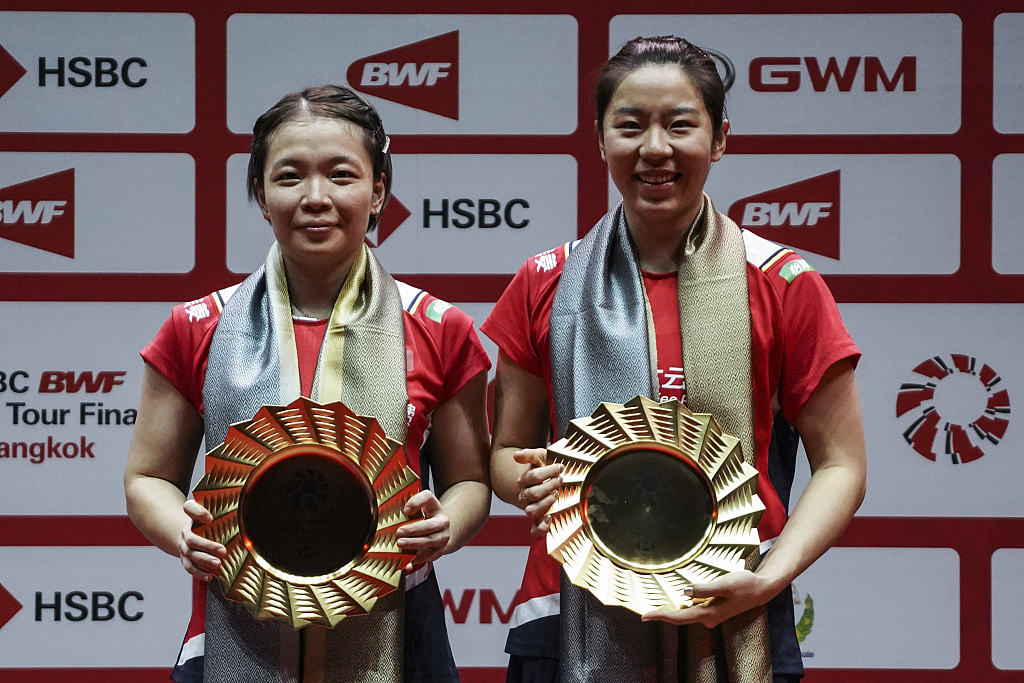 In the mixed doubles final, world champions Zheng Siwei and Huang Yaqiong disappointed home fans by defeating Dechapol Puavaranukroh and Sapsiree Taerattanachai of Thailand for a third straight end-of-season crown. Zheng and Huang won 21-19, 18-21, 21-13 to take their 10th title of the season.

"We were separated at the beginning of the year and when we regrouped later, we couldn't have anticipated we could have recovered from the slump we were in to be at where we are now," said Zheng after the match, referring to their dismal performance at the Tokyo Olympic Games and the following difficulties.

"It seems that we have returned to normal form, and we hope to be calmer to face what we encounter, no matter whether it's good or bad, so that we can work on our next target," he added. 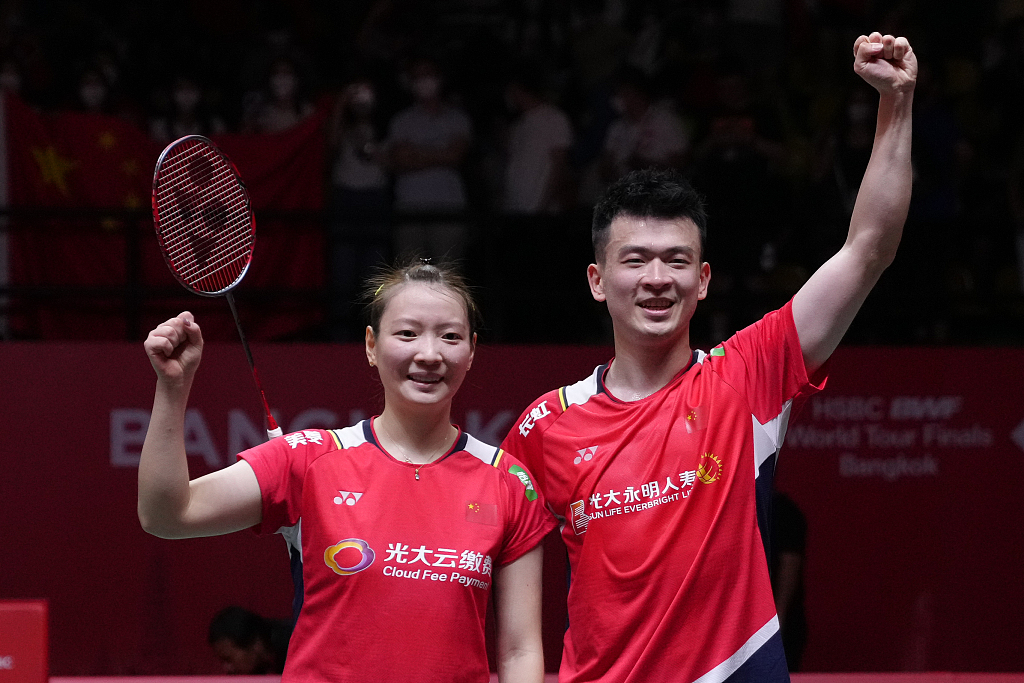