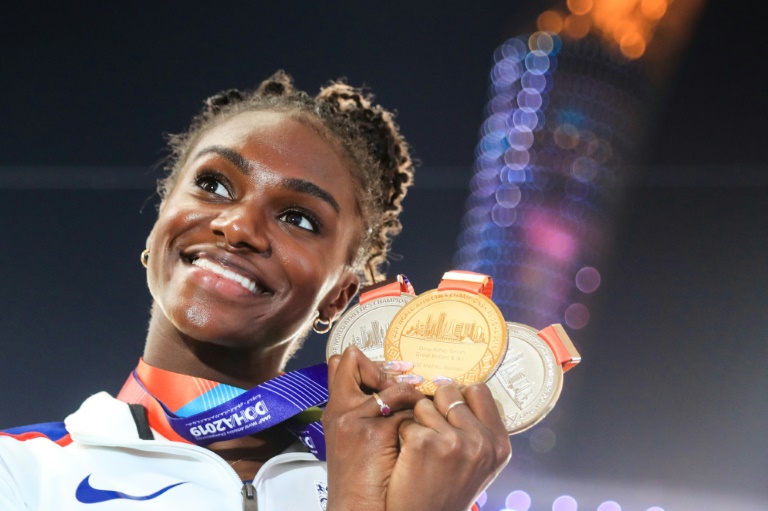 British sprint world champion Dina Asher-Smith said she was "proud" to have her own Barbie as the toy brand announced a line-up of dolls to honour female sporting role models ahead of International Women's Day.

Asher-Smith, who won the 200 metres gold at last year's world championships in Doha, was one of several sports stars to be recognised as role models.

It is part of the Barbie Dream Gap Project, a social initiative to raise awareness around factors that prevent girls from reaching their full potential.

"I'm so proud to have my own one-of-a-kind Dina Barbie doll," said Asher-Smith. "It's an honour to work with Barbie as a 'Shero' and work together to inspire future champions.

"Growing up, sportswomen were less visible in the media and there is still a gap when it comes to women's sports, which is why representation is so important."

She added: "I hope little girls will see my doll and be inspired to take up and continue to enjoy sports."

Lisa McKnight, global head of dolls at Barbie, said the aim was to shine a spotlight on "powerful, diverse role models" ahead of International Women's Day on March 8.

Heather Smith, associate head of innovation at Women in Sport, said too many girls were missing out on the physical and mental benefits of sport.

"Sport and physical activity is a fantastic way to build girls' confidence and resilience, helping them become healthy and happy young women," she said.

"At Women in Sport, we're determined to help more girls enjoy these lifelong rewards of sport."