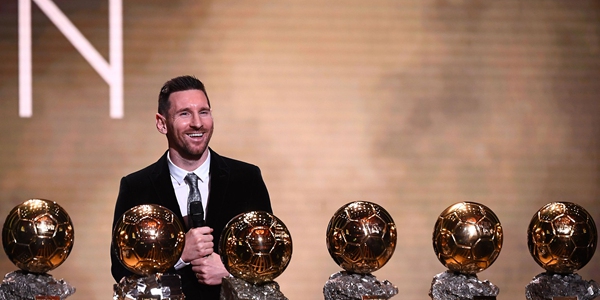 Barcelona are already through to the knockout stages as Group F winners after Messi scored and set up two more in a convincing 3-1 win over Borussia Dortmund last time out, a victory which means Inter will ensure themselves a spot in the next round with a win over the La Liga leaders at the San Siro on Tuesday.

Six-time Ballon d'Or winner Messi broke yet another record by hitting his 35th La Liga hat trick on Saturday as Barca maintained top spot in Spain with a 5-2 win over Mallorca.

"Messi needs to rest," Valverde told reporters. "We're coming off many consecutive games and we have other important ones to play, so I left him at home.

"He's a decisive player, but our goal tomorrow does not change, we want to win against Inter.

"We know what he represents for the opponents, but last year he didn't play in both games against Inter, and we still had a high level.

"We are already qualified but it remains a game of great value."

Messi and midfielder Sergi Roberto have been left out of Barca's 20-man squad along with the injured Ousmane Dembele, Jordi Alba, Nelson Semedo and Gerard Pique.

The Argentine's absence means that they will be relying on Antoine Griezmann and Luis Suarez to supply the goals, while teenage prodigy Ansu Fati could be fit to play.

Inter are four points behind Barca in second, level on seven points with Borussia Dortmund. The Italians need to match or better Dortmund's result at home to Slavia Prague to qualify as their superior head-to-head record will see them through should the two clubs finish on the same number of points.

"They have great players like Lukaku and Lautaro who score a lot," Valverde said of Inter's strike duo, who have scored 24 of the team's 40 goals this season.

"Lautaro is a great player, fast and powerful, he's having a great season."