SPORTS Barca's Jordi Alba: 'We are fitter than we were before football was suspended'

Barca's Jordi Alba: 'We are fitter than we were before football was suspended' 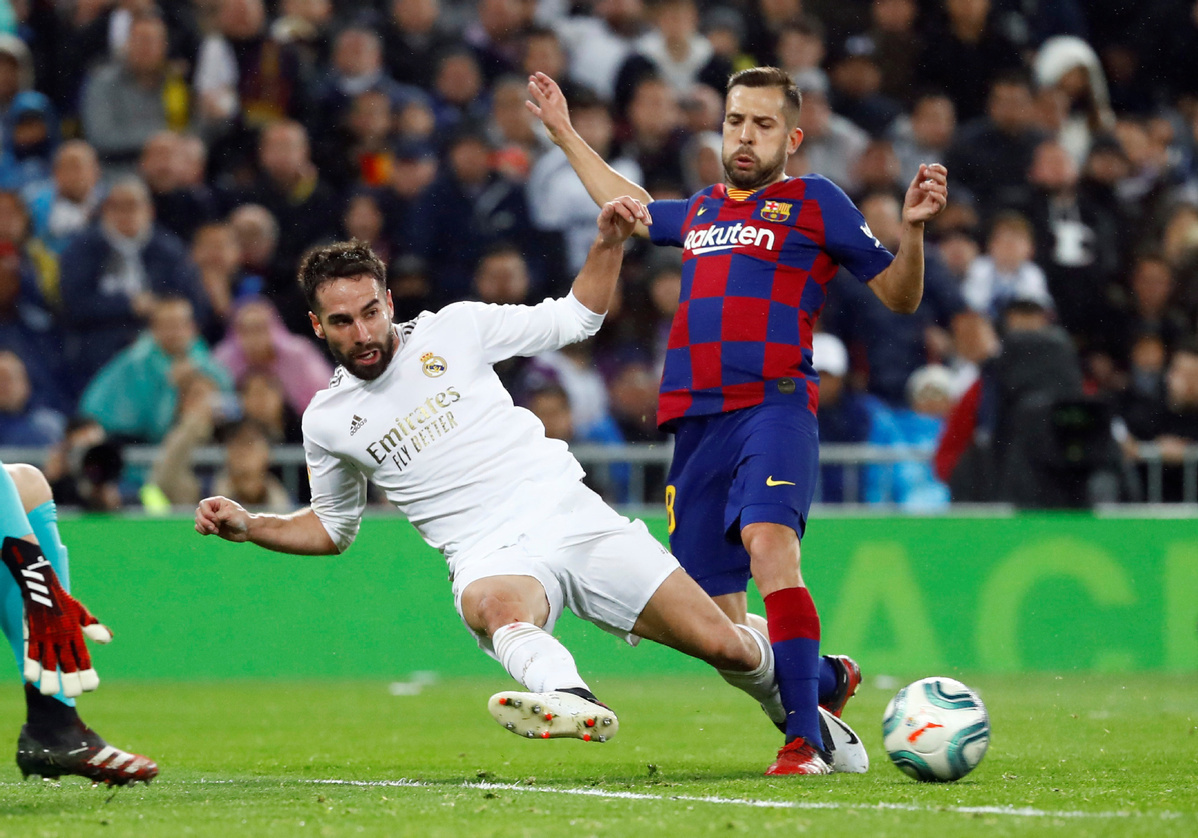 MADRID -- FC Barcelona left back Jordi Alba is optimistic that he and his team-mates will be in perfect physical condition to play the remaining 11 rounds of matches in the Spanish La Liga when the competition returns to action after a lay-off of over three months due to the coronavirus on June 11th.

Spain's football teams were only allowed to start training with their full squads this Monday after three weeks working first as individuals and then in groups of first 10 and then 14.

This has caused fears that a return to action and a busy fixture schedule, with the games played in the heat of a Spanish summer could lead to a string of injuries, but speaking to Spanish TV network, RTVE, Alba was in upbeat mood.

"I think the team is looking motivated and I think everyone has returned looking very good both physically and mentally. Maybe we have come back better than we left it," he commented.

The Spain international pointed to Leo Messi as one of the motivating forces in the dressing room.

"You see Leo and he motivates you in every aspect of the game. For us he is a vital player and we have to enjoy his presence for as long as we can.

He also explained he had been in contact with Real Madrid defender Sergio Ramos during the long weeks of lockdown in Spain.

"I spoke to him and more or less he says the same things as I say: this situation isn't easy for any of us. We have been stopped for two months when we had never been that long without playing football," concluded Alba.