Barcelona's Dembele likely out for season 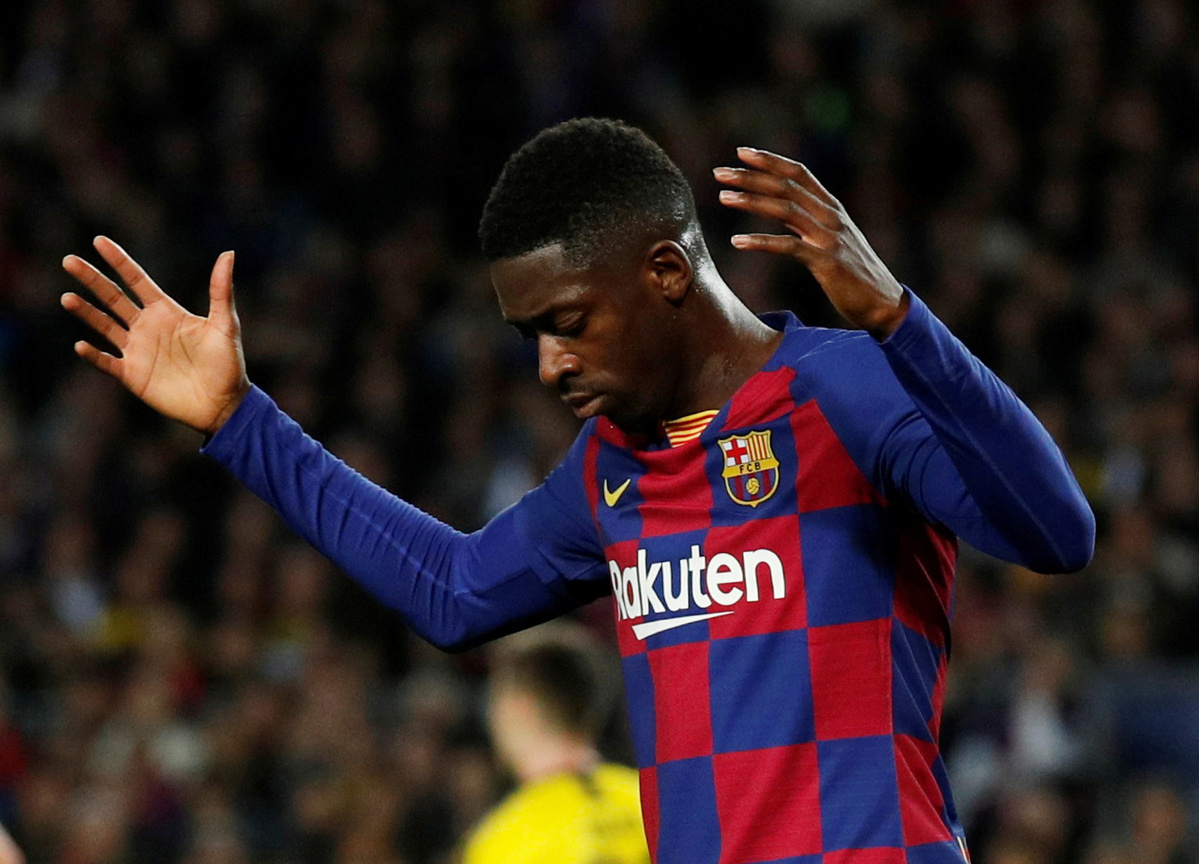 FC Barcelona will almost certainly be without winger Ousmane Dembele for the rest of the season after the club confirmed that he has torn a tendon in his right thigh.

The French international winger suffered the injury during Monday's training session as he was putting the finishing touches to his recovery to another muscle injury that had sidelined him since the end of November.

"The tests carried out this morning on Dembele have shown that the player has a full tear in the proximal tendon of the femoral biceps of his right thigh. We will decide what treatment he will receive," explained the club.

Dembele suffered the same injury to his left leg in September 2017, shortly after joining the club from Borussia Dortmund and was out of action for four months, meaning he is unlikely to return to action before the start of May at the earliest.

Dembele has made just five league appearances for Barca this season due to injury and injuries have limited him to 51 league games in two and a half seasons at the club.

Just last week Barca coach Quique Setien had spoken of how he was looking forward to having Dembele available again after 10 weeks on the sidelines, saying his return to fitness would be "like a new signing."

It now looks as if that signing will have to wait until the summer.