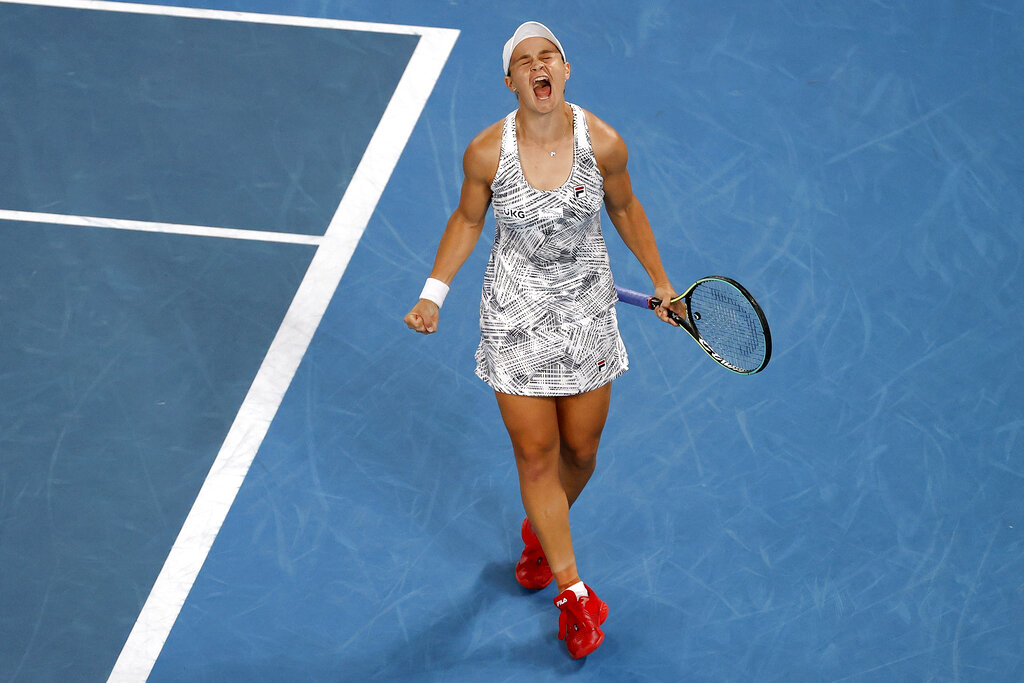 Ash Barty of Australia celebrates her win over Danielle Collins of the U.S in the women's singles final at the Australian Open tennis championships in Melbourne, Australia on Jan. 29, 2022. (Photo: AP)

Entering 2022 as the world No. 1, Barty in January became the first homegrown Australian Open singles champion since 1978.

Less than two months later, the three-time Grand Slam champion announced her shock retirement from tennis at the age of 25.

"This year was certainly my most enjoyable Australian Open, result aside, that had nothing to do with it. It felt free. I played without consequence, I played like a little kid," Barty said on Thursday night.

"In my eyes, there was no pressure. It was just about me trying to redeem myself, in a way, and playing how I'd always wanted to play - go out there and play like the kid that fell in love with sport."

Barty described the decision to retire as her "perfect ending", shutting down suggestions she could return to the court.

The Don is awarded to the athlete or team that most inspired Australia through their performance and example.

Middle and long distance runner Ron Clarke, who set 17 world records in a highly decorated career, and Shane Warne, widely regarded as one of the greatest bowlers in the history of cricket, who died in March aged 52, were posthumously elevated to legend status in the hall of fame.