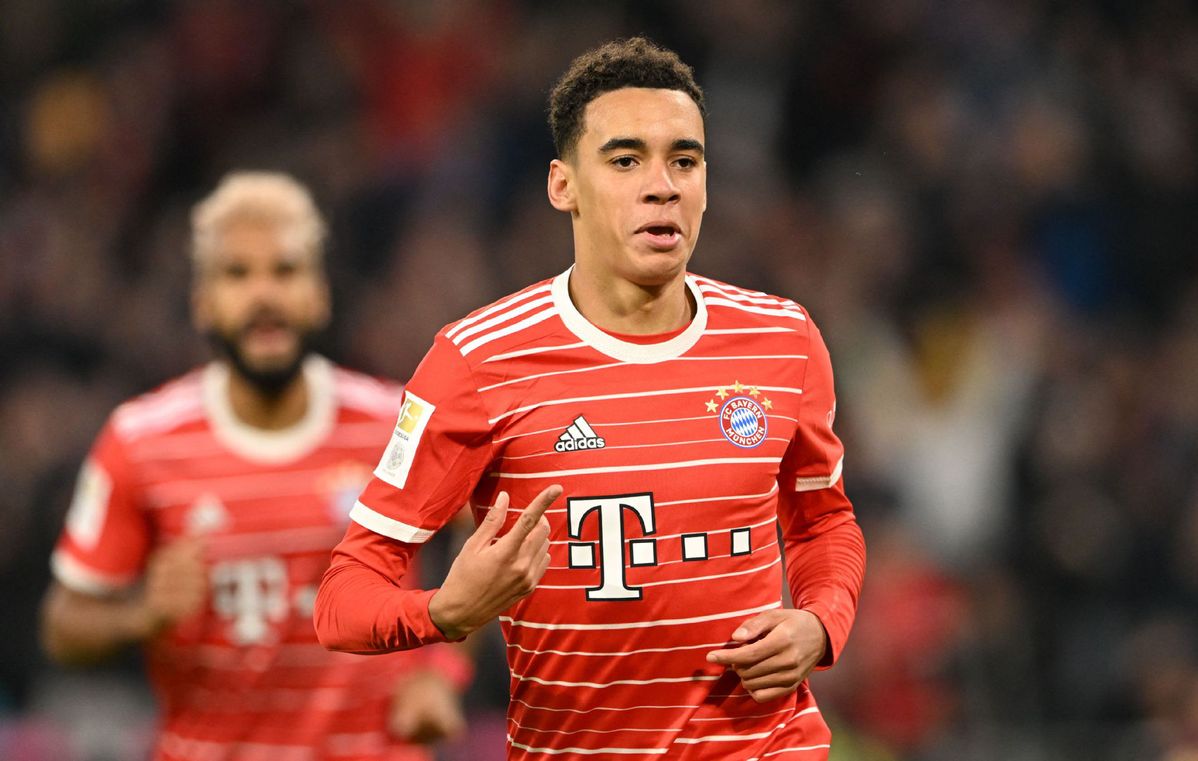 One of Germany's top players at the World Cup in Qatar could easily have been in the England squad.

Musiala underlined his case for a starting role at the World Cup with a crucial role in Bayern's 2-0 win over Schalke on Saturday.

Making his 100th appearance for the club at the age of 19, Musiala assisted both goals, one with a backheel pass to Serge Gnabry. His skill was on show when he dribbled past two defenders and rounded the goalkeeper, even if the goal was disallowed for offside.

Among Musiala's admirers is 1990 World Cup-winning captain Lothar Matthaus, who urged Bayern to put him at the heart of the team for years to come, like Barcelona did with Lionel Messi for over a decade.

Bayern coach Julian Nagelsmann praised Musiala's "quick and lively feet "and suggested his fast footwork sometimes made hard work look like good fortune, with the youngster always seeming to be first to a rebound.

Musiala lets his game do the talking and is generally affable and modest in interviews. "It was important that we got the three points to go with a good feeling going into the World Cup break," was his take on his game-winning show against Schalke.

"I think for the first half of the season we did good. We had bad phases but I think to finish off the season strong is good."

Born in southwest Germany to a Nigerian father and a German mother, Musiala spent almost a decade of his childhood in England. He was a youth player first for Southampton, then Chelsea, until signing for Bayern in 2019 at the age of 16.

The coach who gave Musiala his first-team chance back then, Hansi Flick, is now his coach for Germany. After Loew persuaded the teenager to commit to Germany and gave him his first senior internationals, Flick has made him a first-team regular, playing in the last eight games in friendlies and the Nations League.

One quirk of Musiala's burgeoning international career is that of his 17 games for Germany, three have come against England — the team he could have played for instead.