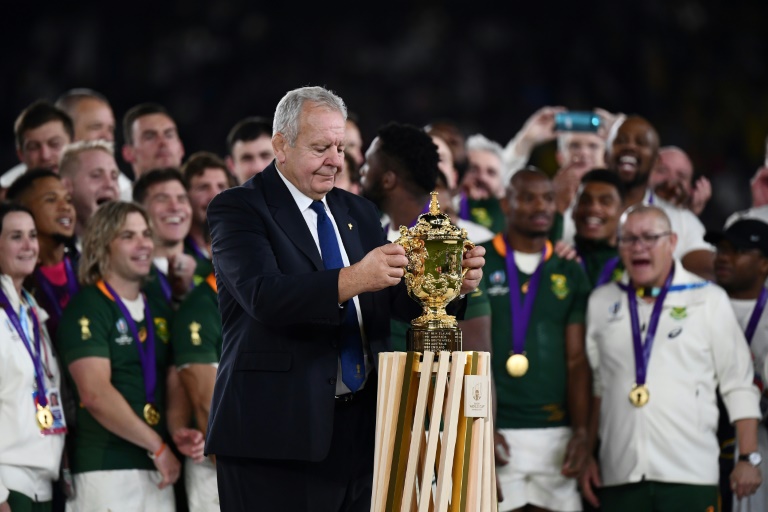 Beaumont, 68, who campaigned on the promise of opening up the sport, claimed 28 of the 51 votes to overcome the 45-year-old Pichot who planned to modernise the body and used the hashtag #GlobalGame on social media.

"I am honoured to accept the mandate of the World Rugby Council to serve as the international federation's chairman once again and would like to thank my union and region colleagues, members of the global rugby family and, of course, my family for their full support," said Beaumont in a statement released by World Rugby.

The announcement of the results was brought forward from the original date of May 12 due to the smoothness of the process.

Beaumont, who will have another four-year tenure, will be joined by the French Rugby Federation's chief Bernard Laporte as his vice-chairman.

"Congratulations to my friend Sir Bill Beaumont on his re-election. I would also like to express my best wishes to Agustin Pichot, a legend of Argentinian rugby and a great rugby leader," said Laporte, who is set to oversee France hosting the 2023 Rugby World Cup.

"I also want to thank all unions who have expressed their opinion in this important ballot, giving a clear mandate for the governance which Bill and I will undertake on their behalf," he added.

The election process had been overshadowed by the resignation of Fiji Rugby Union (FRU) chairman Francis Kean from the world body's council after accusations of "rampant homophobia".

Beaumont's bid was seconded by the Pacific Island union but World Rugby stressed the former lock's nomination came from the FRU, rather than from Kean.

Beaumont, who made 41 Test appearances for England as well as the British and Irish Lions before retiring in 1982, has overseen a $100 million (90.8 million euros) relief package for the game during the coronavirus pandemic.

USA Rugby filed for bankruptcy in March and Rugby Australia said it was to lose around 69 million euros in revenue if the rest of their season was lost due to the outbreak.

"During this unprecedented and global COVID-19 crisis, we must act and unite unions from the north and south and the professional leagues around a common objective to define a strong and sustainable future for all," he said.

"We will pursue these reforms together and act in solidarity with the rugby family, to drive the game forward on and off the field, further the welfare of our players and make the sport more attractive and accessible."

Pichot, who retired from the sport 11 years ago and had been World Rugby vice-chairman since 2016, hinted at trying for the main position again in the future.

"Not this time, thanks to all for the support, from the bottom of my heart. #globalgame," Pichot posted on Twitter on Saturday.