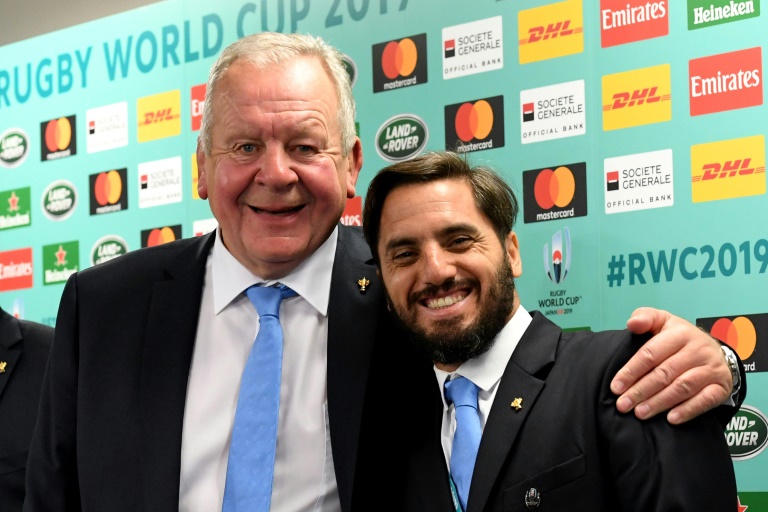 Bill Beaumont has pledged an independent review of World Rugby's governance should he be re-elected as the global body's chairman next month.

Former England captain Beaumont is facing a challenge from vice-chairman Agustin Pichot, with the Argentina great campaigning on a reform platform.

Beaumont is keen to avoid being portrayed as the 'establishment' candidate, concerned solely with the fate of rugby union's current major nations.

"Our aim is to have a more representative and diverse international federation that better serves the game, not one that is seen to only support the 'old guard'," said Beaumont, who published his manifesto on Tuesday.

Beaumont, running on a ticket that has French Rugby Federation president Bernard Laporte standing for vice-president, added: "To achieve our aim of a strong international federation with a clear vision, we are proposing a wide-ranging governance review led by two independently appointed people."

The aim was to "bring in fresh ideas and perspective".

Beaumont was behind World Rugby's plan for a global nations championship.

That scheme failed to get off the drawing board last year when it failed to gain the support of all of Europe's leading Six Nations representatives, with Scotland and Ireland in particular concerned about the prospect of relegation that would ensue in a new set-up designed to provide a pathway for emerging countries.

"For rugby to thrive we need for it to grow into a global sport and move beyond its traditional territories," Beaumont said Tuesday.

"To achieve this we need a coherent and meaningful global calendar that supports those at the top of the game and develops those aspiring to be there," the 68-year-old former lock insisted.

The global outbreak of the coronavirus, which has led to the shutdown of most major sport worldwide, threatens to have a huge impact on rugby union as finances from international matches help subsidise all levels of the game.

Rugby Australia alone is forecasting losses of some $74 million if their entire season, which includes Tests against Ireland and Fiji in July, is wiped out.

Doubts also remain over whether lockdown restrictions imposed by national governments in response to the health threat posed by COVID-19 will have eased sufficiently for spectators to be allowed to attend the money-spinning November Tests in Europe.

"World Rugby needs to review its financial policies and not rely on those who have traditionally underpinned the game," said Beaumont, who labelled the coronavirus as "the greatest challenge rugby has faced in recent years".

Former Pumas scrum-half Pichot said the coronavirus provided an opportunity for the "global realignment" of the game, insisting now was the right moment for rugby's commercial income to be "moving on from the time where those benefits were for just a few".

The election is due to take place by electronic ballot on April 26, with the results announced on May 12.