Beijing 2022: Musicians 'join hands' to mark the 100-day countdown to the Winter Olympics

A group of musicians from China, Germany, and Switzerland have "joined hands" in a special concert to celebrate the 100-day countdown to the Beijing 2022 Winter Olympics.

The event, also known as China Media Group (CMG) China-Europe Music Festival, was held under the theme "The World in Unity."

It's part of an extensive program of special events running up to the Winter Olympics, which will begin on February 4, 2022. 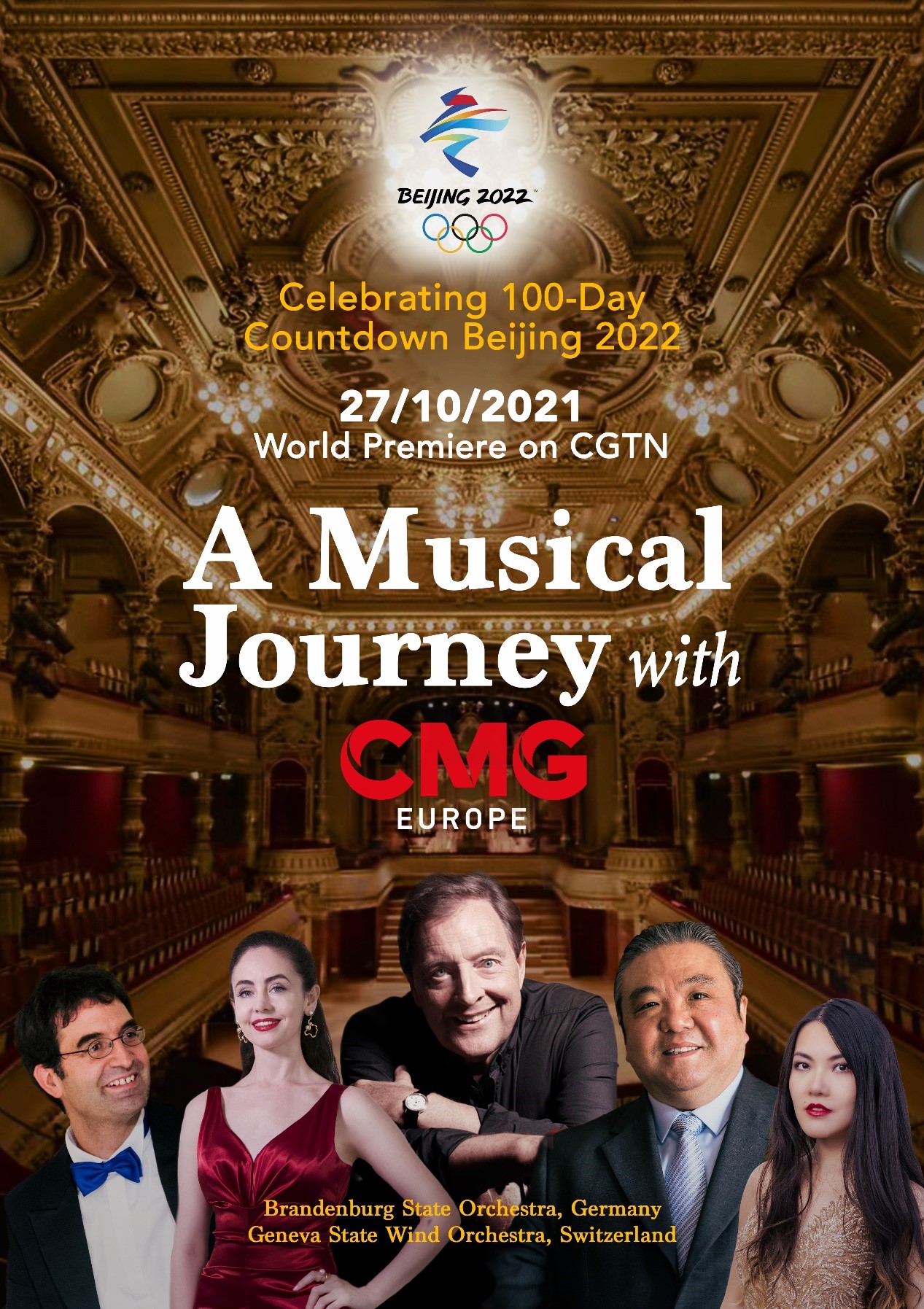 Thomas Bach, President of the International Olympic Committee (IOC), hailed it as "another milestone" on Beijing's journey to make history, the first city to host both summer and winter events.

"Blending sport and culture was a key objective of our founder Pierre de Coubertin when he revived the Olympic Games 127 years ago. Today's program is a wonderful illustration of how both sport and music are building bridges and bringing people together," Bach said in a video message at the event.

Bach stated, "the beautiful performances by this talented group of international artists show us all what inspirational moments are possible when we are dreaming together. This is what sport and music are all about: bringing all people together, making us dream, and inspiring us with beauty and excellence, filling our hearts with joy."

CMG President Shen Haixiong said: "Sport and music are the common language of all mankind. Under the Olympic banner, artists from different countries perform wonderfully to express their sincere wishes for the success of the Beijing Winter Olympics. This truly makes me feel the solidarity and the friendship that is higher than mountains, deeper than the ocean."

"As one of the most influential Olympic rights-holding broadcasters in the world, China Media Group is well-prepared for broadcasting the Beijing 2022 Winter Olympics. We will present a spectacular Winter Games to the global audience to create an unforgettable Beijing memory," said Shen. 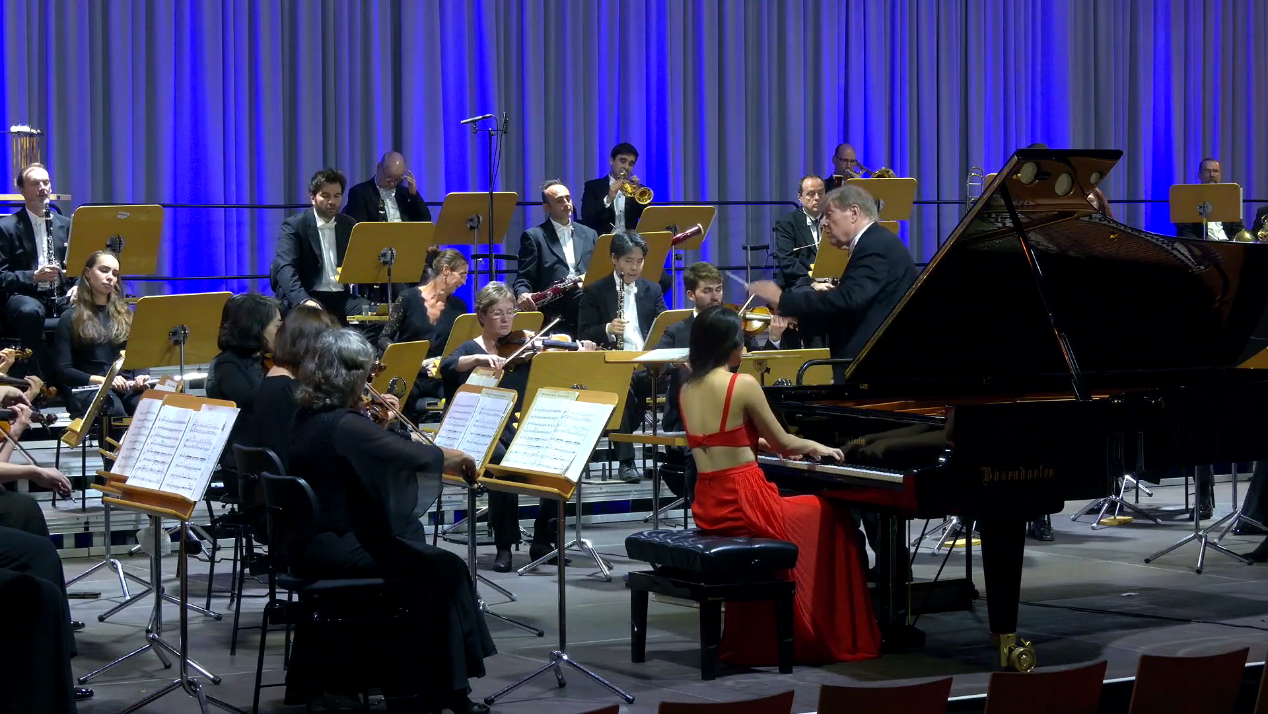 The Brandenburg Symphony Orchestra performs in a special concert to celebrate the 100-day countdown to Beijing 2022 in Berlin. /CMG Europe

The hour-long program, with the aim of blending sport and culture, conveyed good wishes for the success of the Beijing Winter Olympics. It featured some of the best-loved repertoires in Chinese and Western culture including the Yellow River Piano Concerto, Ode to the Motherland, William Tell Overture and Rhapsody on a Theme of Paganini. Other tunes that illustrate the inspirational vision of Beijing 2022 included the Welcome March, the Athlete's March and Joyous News.

"We are very lucky and honored to play this concert for you with a mix of western music and Chinese music," said Roland Ott, Director of Germany's Brandenburg State Orchestra.

Jean-Christophe Monnier, director of Geneva State Wind Orchestra, said, "I think that the music can give energy and cultural vitality for the sport and the Olympic Games in particular."

The Geneva State Wind Orchestra performs in a special concert to celebrate the 100-day countdown to Beijing 2022 in Geneva. /CMG Europe

Winter sports athletes and officials around the world have also conveyed their wishes for a successful Winter Olympics.

"It is a very important moment, we are only 100 days away from the Olympic Games, and we are all dying to go there and share altogether this wonderful experience of bringing all the important youth of the world to follow the winter games in Beijing," said Juan Antonio Samaranch Jr., Chair of the IOC's Coordination Commission for Beijing 2022.

"For Beijing to host both Summer and Winter Olympic Games is an Olympic record. Greece and Olympia are the birthplaces of the Olympic Games," Spyros Capralos, President of the Hellenic Olympic Committee, said.

"The Lighting of the Flame reminds everybody of the Olympic ideals, what Olympism is bringing to the world, bringing everybody together," he continued.

Flavio Roda, President of the Italian Winter Sports Federation, said: "I would like to send blessings to Beijing Winter Olympics, as well as to Chinese people, especially at this difficult time when the world is still facing an epidemic. The Beijing Winter Olympics will be a great event and a great opportunity to reinvigorate sports around the world." 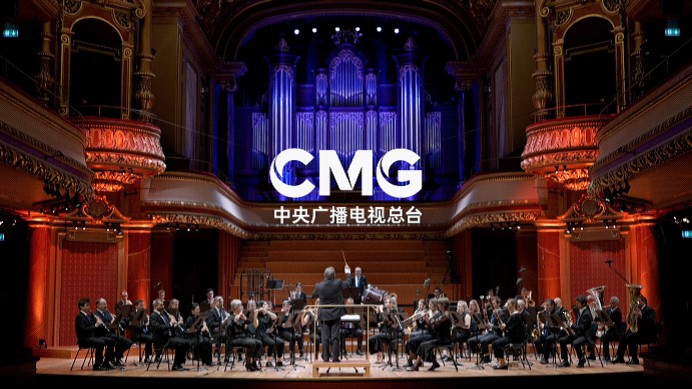 The special concert was jointly staged at venues in Geneva and Berlin. /CMG Europe