The Main Press Center (MPC) and International Broadcasting Center (IBC) will be integrated into the Main Media Center (MMC) during the Beijing 2022 Olympic Winter Games. 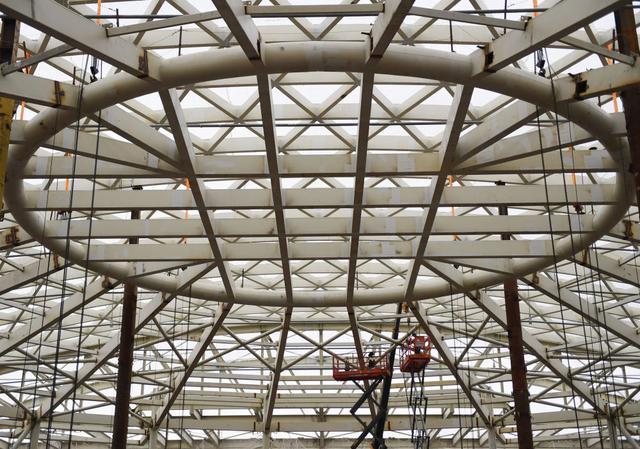 The decision, which is aimed at cutting spending, was announced after Beijing 2022 organizers reached a consensus with the International Olympic Committee (IOC) and the Olympic Broadcasting Services (OBS).

According to Gao Zhi, chief of the Press Center Division of Beijing 2022's Media Operations Department, the IOC and OBS proposed the integration of MPC and IBC to save space and improve efficiency.

"The MMC will be divided into four areas for functional use, public service, publicity and cultural demonstration and operation office. Both space and operation of the former MPC and IBC will be fully integrated," Gao said.

Located in the China National Convention Center, the 61,000-square-meter MMC will host 3,000 registered journalists and 12,000 broadcasters when the Games takes place in 2022. The new MMC is based mainly on the planned IBC, but is 4,000 square meters smaller than the original design. The originally planned 28,000-square-meter MPC will not be put into use.

Xu Jicheng, head of Beijing 2022's Media Operations Department, explained that smaller equipment and 5G technology enable more interviews to be conducted inside the venues, meaning media will rely less on the MPC and IBS than before.

"The concept of MMC is not new. In the past, it was more like two separate areas in one building. However, this time, Beijing 2022 will fully integrate the two to redefine the concept. The IOC hopes to take this chance to promote this practise to future Olympic Winter Games or even Olympic Games," Xu said.