The construction of the National Speed Skating Hall for Beijing 2022, also known as the "Ice Ribbon", was completed on Friday and will start ice-making in January 2021, according to the Beijing Major Projects Construction Headquarters Office. 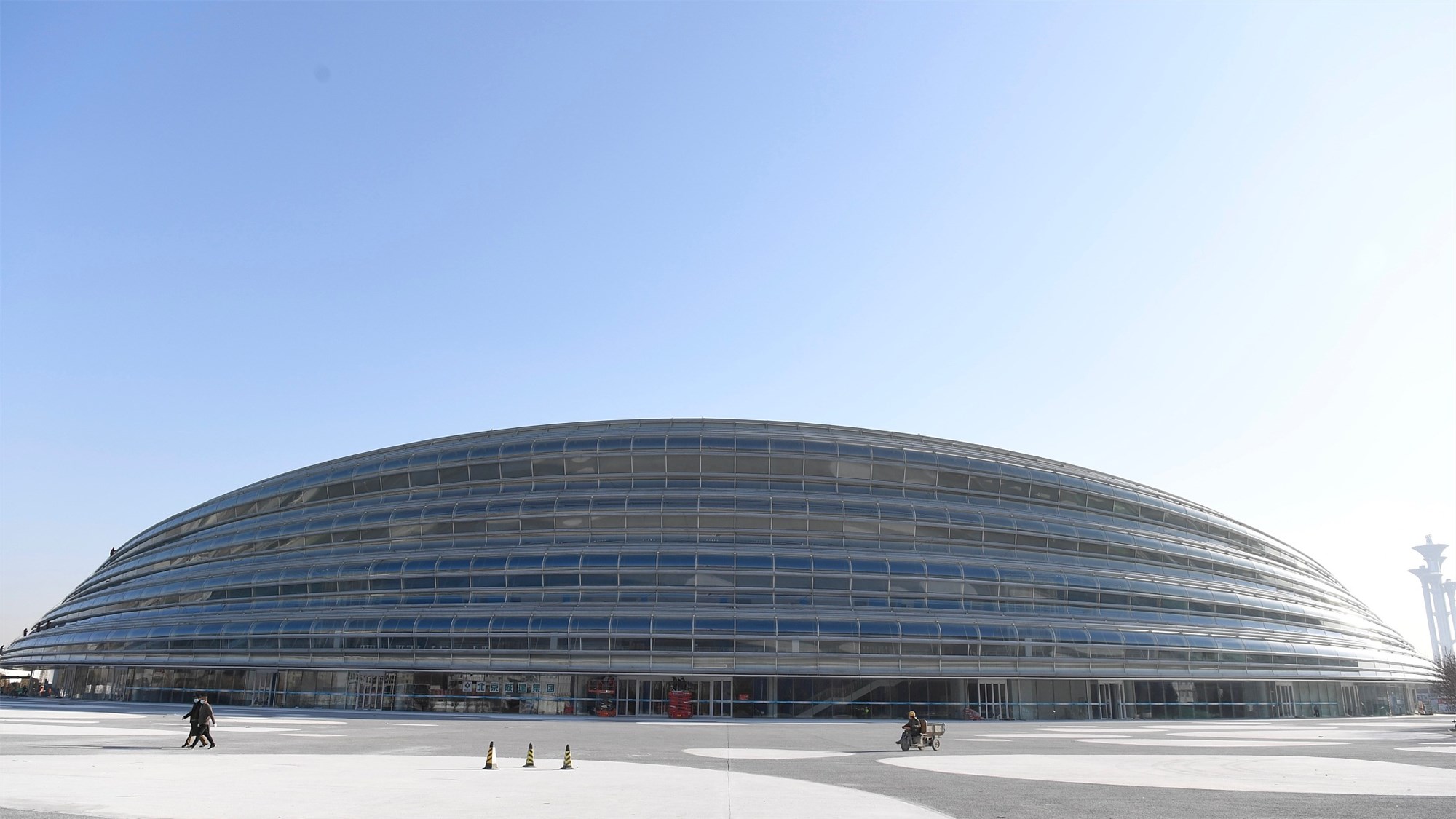 A view of the National Speed Skating Hall, also known as the "Ice Ribbon" in Beijing, China, December 25, 2020. (Photos: CFP)

This is the only newly-built competition venue for ice events in the Beijing Winter Olympics. It covers an area of about 80,000 square meters and can accommodate about 12,000 spectators. During the Winter Olympics, it will host the speed skating competitions where 14 gold medals will be offered.

According to the project manager, the venue has made innovative breakthroughs in its design concept, technical process, material selection and construction techniques. It adopts a high-tech curved curtain wall system, which is assembled out of 3,360 curved glass units, and successfully creates a "ribbon" shape that symbolizes the high-speed sliding of skaters. 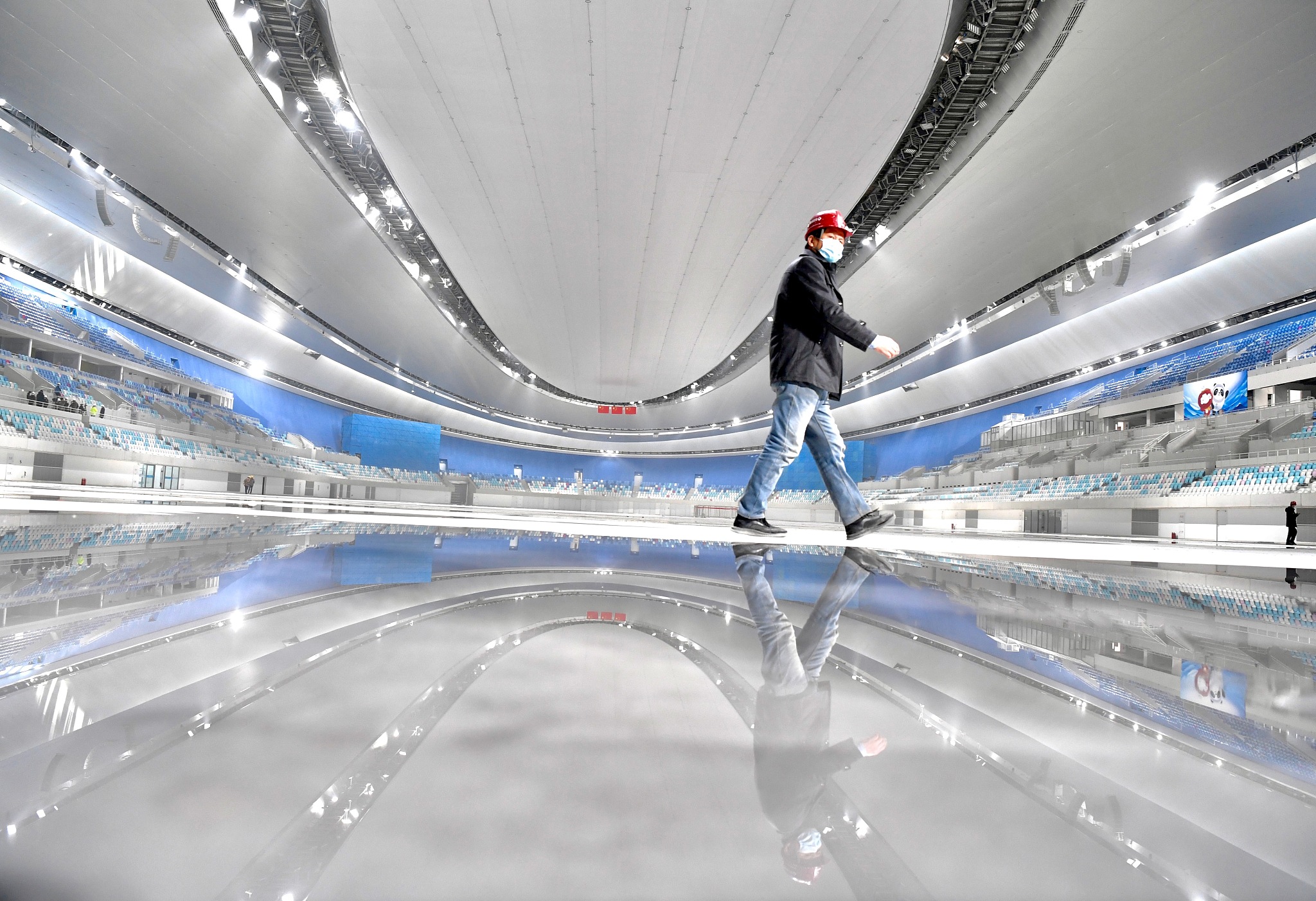 An inside view of the National Speed Skating Hall, also known as the "Ice Ribbon" in Beijing, China, December 25, 2020.

As the world's first Winter Olympic venue using carbon dioxide transcritical direct cooling ice making technology, it will produce the largest ice surface in Asia with an area of 12,000 square meters. The venue will also be equipped with robots asking for directions, unmanned vehicles and virtual ice and snow sports.