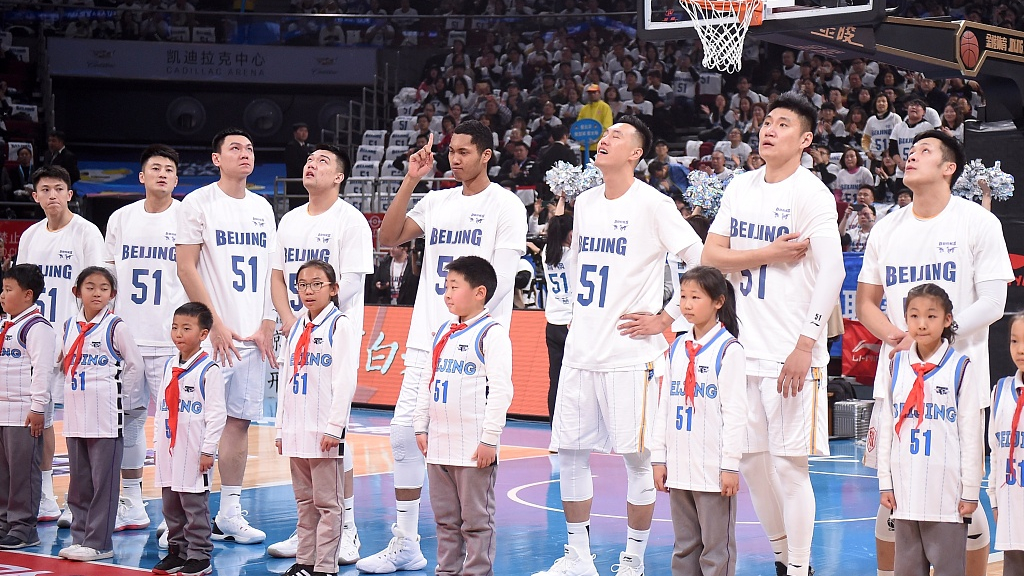 Players of the Beijing Ducks solute to Ji Zhe, the team's former captain, before a home game against Shenzhen Aviators in Beijing, China, December 8, 2019. (Photos: VCG)

In the Chinese Basketball Association (CBA) game on Sunday, Beijing Ducks edged past Shenzhen Aviators 102-100 in the Chinese capital. The game was dedicated to their former captain Ji Zhe, who died from lung cancer on Thursday at the age of 33, and against a team that has become one of their toughest opponents in recent years. The Ducks drew great inspiration from the memory of the power forward, and showed a fighting spirit that surely would have made him proud.

Sunday night's game between Beijing and Shenzhen brought four days of remembrance around the CBA to an emotional climax, as the Ducks honored their late captain Ji Zhe, and the team's fans have been taking his passing quite hard.

Lin Nan, a Beijing Ducks Fan, said, "I've been watching the Beijing Ducks for the last decade, and even though I haven't always followed them as closely, due to work and life, I especially bought a ticket to this game, to say farewell to him. The guy was really good. Really.”

Another Ducks fan Bai Nanzhu mentioned, "I was shocked upon hearing the news. When I was watching a Ducks game earlier this season, I wondered why Ji Zhe wasn't there, so I talked to my friends, and we simply thought he might be planning to retire, after having some basketball injuries treated in the U.S."

Beijing's homages to Ji included a wall of condolences, tee-shirts bearing his jersey number for every spectator, a pre-game ceremony marked by 51 seconds of silence, a testimonial horn sounding 51 seconds into the contest, and when Taruike Jianiyou scored the first basket for the hosts, there was no doubt whose essence was evoked. 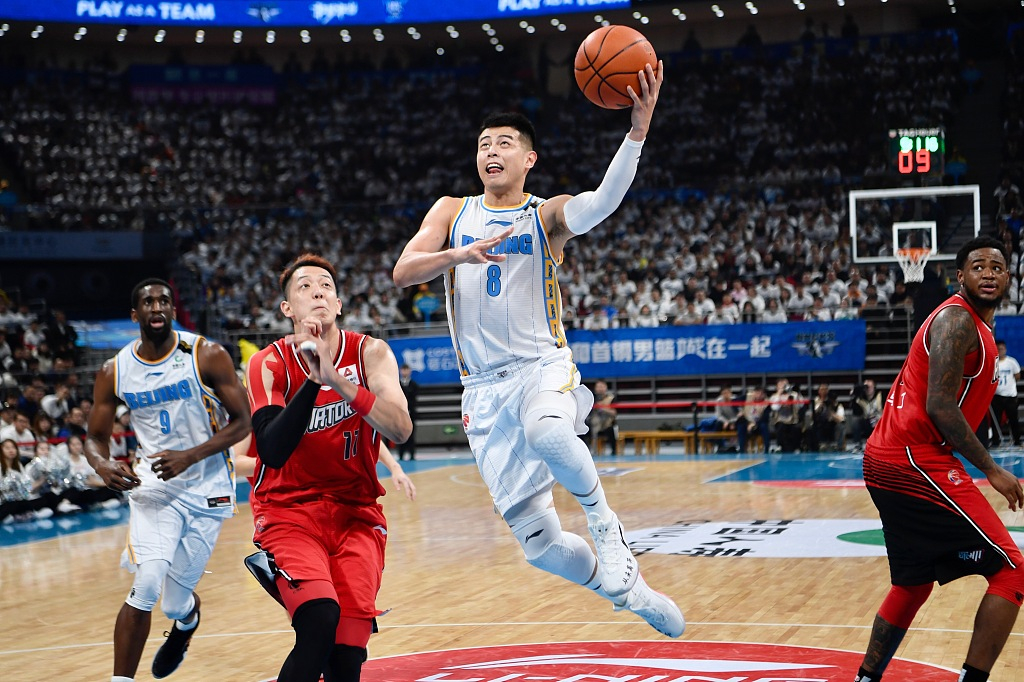 Fang Shuo of Beijing Ducks shoots a lay-up during a CBA game against Shenzhen Aviators in Beijing, China, December 8, 2019.

Beijing Ducks Guard Fang Shuo said, "It was really difficult, even though the game itself was very competitive. We found it hard to not be distracted by this tragedy. We wanted to fight for him, so we were influenced by that sentiment during our preparations, as well as the game."

A half-time light ceremony and video show-reel highlighted Ji's 11 seasons on the hardwood for the Ducks – where he provided a strong frontcourt presence during their three CBA championship runs in 2012, '14, and '15 – and the outpouring of love at Wukesong, demonstrated just how much, he will truly be missed.

The type of motivation Ji was known for was displayed in a stirring comeback, with one of his best friends, Zhu Yanxi, putting Beijing in front 99-97, with 11 seconds remaining. But it seemed that the Aviators would break the Ducks hearts yet again, when Hè Xining drilled a three-pointer with 2.0 left. Against all odds however, Jeremy Lin appeared to be fouled in the act of shooting, as time expired. 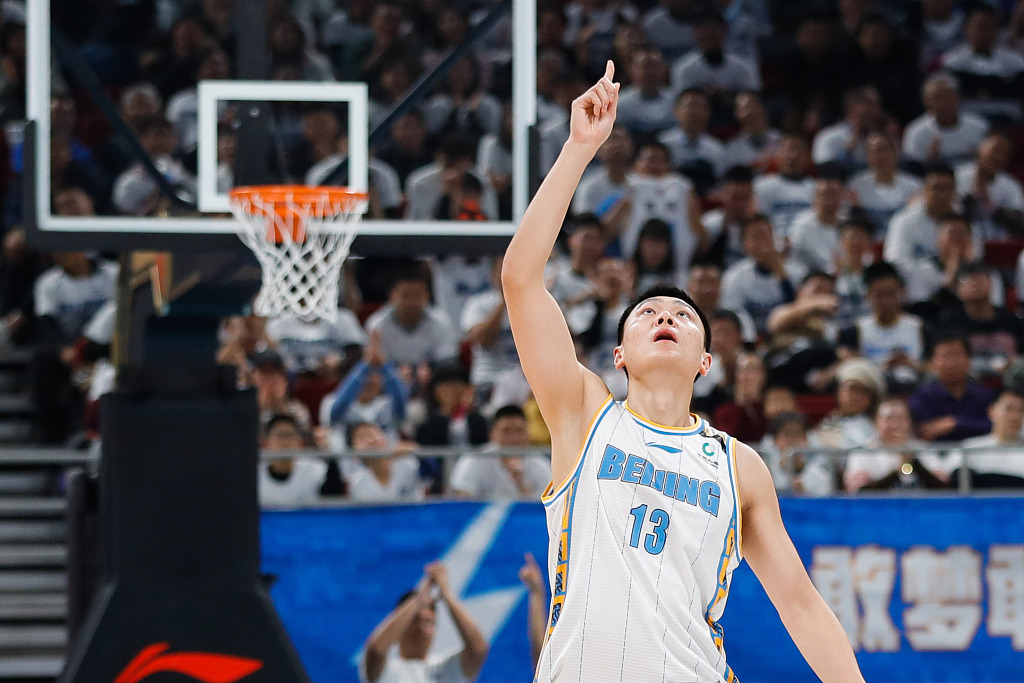 Zhu Yanxi of Beijing Ducks in action after putting Beijing in front 99-97 during a CBA game against Shenzhen Aviators in Beijing, China, December 8, 2019.

Following a long review by the officials, Lin was awarded and sunk three free throws, to give the Ducks a dramatic victory, and for those who believe in the afterlife, there can be no doubt about Ji Zhe's spirit helping lift his old squad, on a night dedicated to upholding the captain's memory.

Ducks forward Zhai Xiaochuan mentioned, "Everybody on the team wanted very badly to win this game to commemorate him. We wanted to win so much, and give the victory to him as a gift. During the time that we were behind, we encouraged each other to keep playing defense, and hang on until the last second. That is when we started to play better." 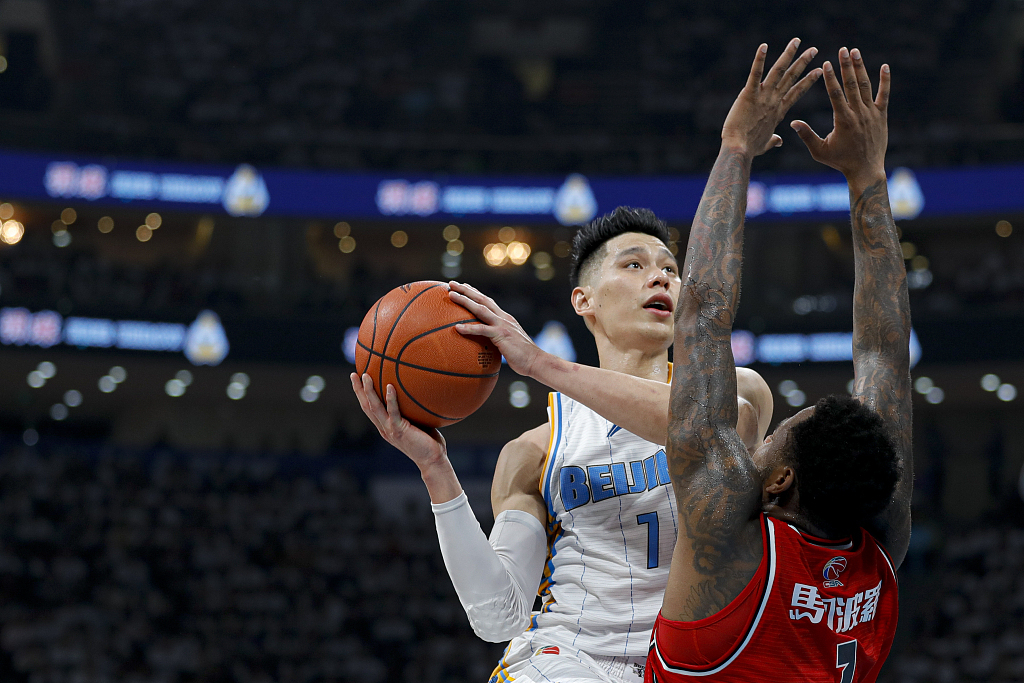 Jeremy Lin of Beijing Ducks in action during a CBA game against Shenzhen Aviators in Beijing, China, December 8, 2019.

In post-game interviews, Ducks Guard Jeremy Lin said, "I'm very proud of my teammates today. ...They did their best to fight with a spirit. It was difficult."

When asked about turning the game around eight points behind in the last quarter, Lin said, "Nobody gave up. We just kept playing, all of us, especially in the last three minutes. You can also see that it wasn't just us who were tired. The opposing team were tired also. We left it all on the floor. We played with our best effort."