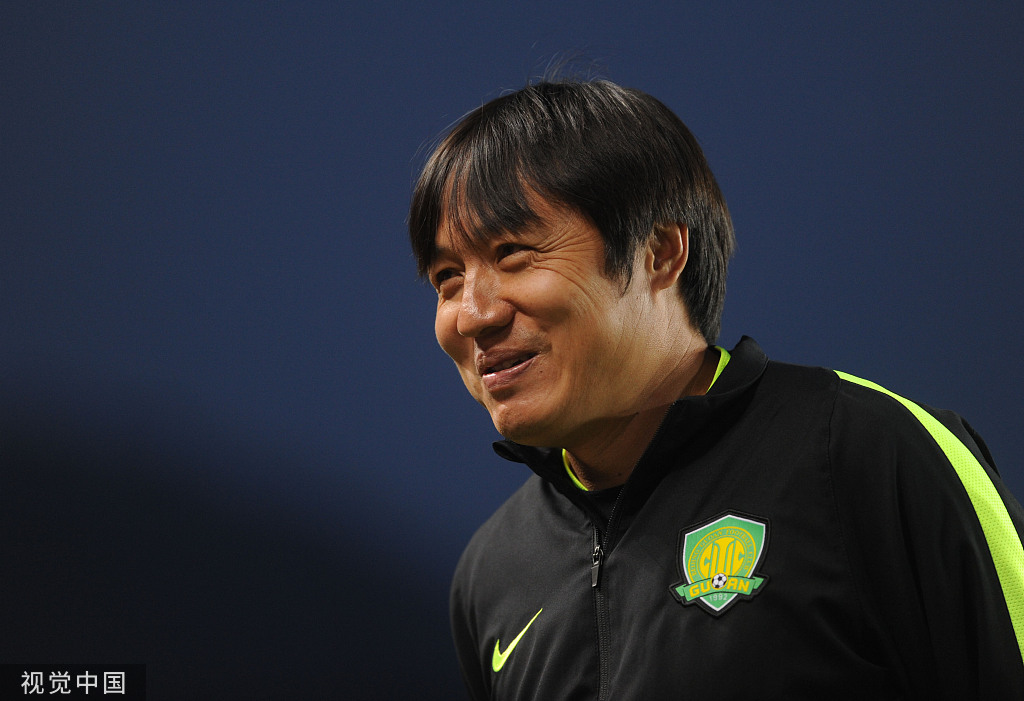 BEIJING -- Xie Feng has stepped down as the head coach of Beijing Guoan after the Chinese Super League (CSL) side lost 5-1 to league leader Wuhan Three Towns on Friday.

"Xie Feng has resigned as the head coach of the first team of Beijing Guoan FC for personal reasons," the Beijing club said in a statement released late Friday night.

"Following the departure of Xie Feng, a coaching group will be formed with Wei Kexing as the leader. The current head coach of the reserve team Sui Dongliang will serve as the interim head coach of the senior side," the statement read.

"This is the first time that the teams I have coached lost three games in a row," he said after the Wuhan match.

He conceded that Wuhan striker Marcao, who scored four goals in that game, was the main force behind Wuhan's emphatic win.

"I know Marcao well and made special defending arrangements against him," he said.

"But he performed really well today, seizing all the possible opportunities."

Beijing Guoan, who slipped to the 11th position in the CSL table, will stay in Wuhan to face another Wuhan side of Wuhan FC next Wednesday.