Beijing Half Marathon set for April 24 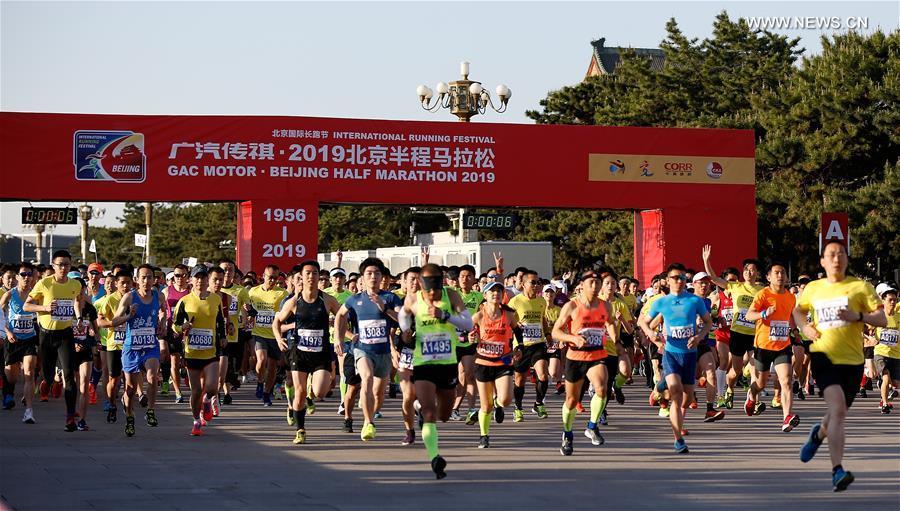 Participants run from the starting line during the 2019 Beijing Half Marathon in Beijing, capital of China, April 14, 2019. (Photo: Xinhua)

The Beijing Half Marathon, originally canceled due to the COVID-19 pandemic, will resume on April 24th, the organizing committee confirmed on Tuesday.

The half marathon covers a total length of 21.0975 km, with a limited number of 10,000 participants, starting from Tiananmen Square and ending at the Olympic Park.

Registration started on Tuesday and will go until 16:00 on April 4. If the number of applicants exceeds the quota, the participants will be determined by draw, and the winners will be announced in early April.

According to the COVID-19 prevention requirements, only permanent residents of Beijing will be able to participate in the competition. Before receiving the entries, the paper version of negative nucleic acid test certificates issued by Beijing regular testing institutions on or after April 21 should be presented.

The Beijing International Running Festival originated in 1956, the scale of which has gradually expanded from more than 1,000 people to tens of thousands. In 2016, it was officially upgraded to a half marathon.