Beijing’s ice and snow sports industry is thriving as the city is in full swing preparing to host the 2022 Winter Olympics.

Vanke Shijinglong Ski Resort in Yanqing, a competition zone of the 2022 Winter Olympics, receives flocks of ski enthusiasts during weekends. 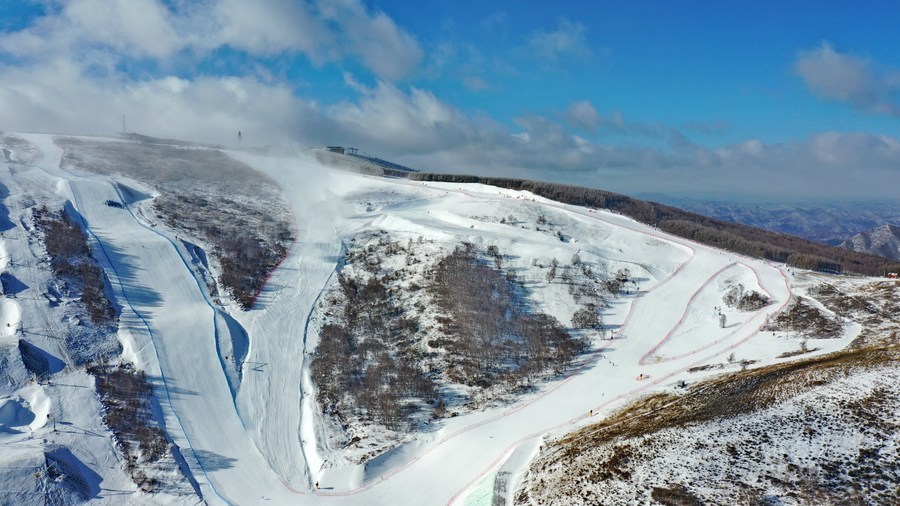 The resort has seen an increase of 17 to 20 percent in the number of tourists every year starting in 2016 when Beijing began to popularize ski and ice sports, according to Liu Yingkai, general manager of the resort.

This winter, the resort set a 1,500-people limit on the number of tourists allowed to enter per day. In the first two weeks following the opening of the resort in November 2020, by Thursday tickets had already sold out for Saturday. In addition, tickets for ski trails for training purposes were fully booked 10 days after they were released, Liu said.

There has been a significant increase in the sale of ice and snow equipment, and half of the ski enthusiasts would like to use their own equipment, according to Liu. The sales volume of ski equipment, priced between several hundred to several thousand yuan, at a shop in Vanke Shijinglong Ski Resort, doubled, he introduced.

A ski equipment market in Ciqikou of Beijing is enjoying prosperous business thanks to the popularity of ice and snow sports. Home to more than 30 stores, the market sells snowboards, snowshoes, ski wear, protective clothing, snow goggles and backpacks.

According to a shop owner from the market, the shop’s total sales of ice and snow equipment and its chain shops surpassed 20 million yuan in October 2020, with the figure doubling in November, and continuing to rise in January 2021.

Some shopping centers in Beijing have built indoor skating rinks to attract ski enthusiasts. In addition, more and more international ice and snow equipment brands have opened stores in Beijing, including KJUS ski and golf apparel from Switzerland and Mackage from Canada.