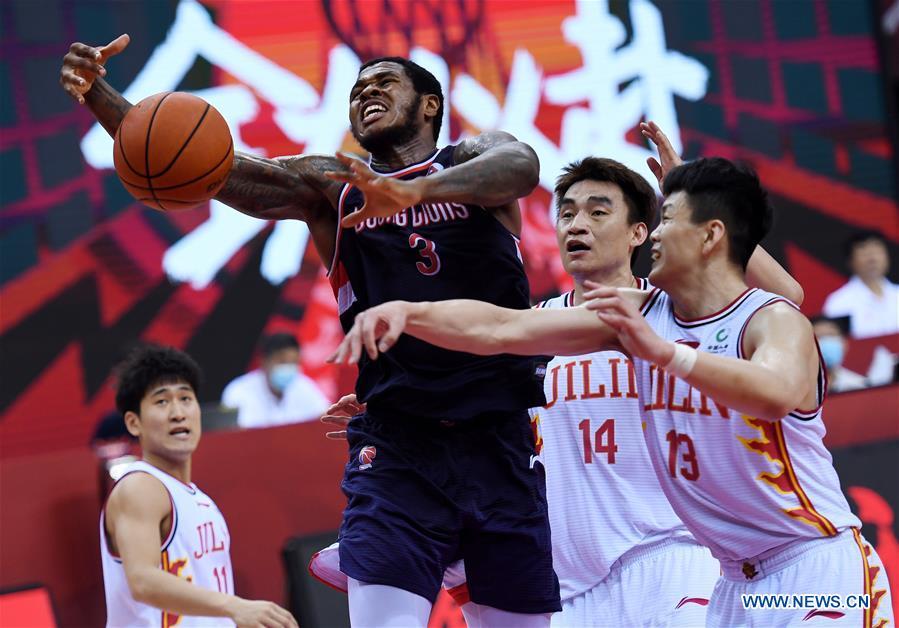 Kyle Fogg's jumper in crunch time helped the Beijing Royal Fighters edge the Nanjing Monkey Kings 110-108 to snap a three-game losing streak, while the Zhejiang Lions moved closer to top four with a 125-93 rout of the Tianjin Pioneers in Chinese Basketball Association (CBA) on Tuesday.

Fogg made a decisive jumper with 0.7 seconds remaining, before his Nanjing counterpart Joseph Young's desperate three-pointer was blocked.

Beijing led 15-7 after the tip-off and went ahead by 11 points when the first quarter ran out, thanks to a combined 21 points from Wang and Fogg.

Launching an 11-0 run in the following quarter, the Monkey Kings leveled the game 42-42 before moving to a one-point lead at the interval. Nanjing's overseas duo of Young and Hamed Haddadi contributed 29 points together in the second period.

The two sides traded the lead several times in the second half. After the game was leveled at 108-all with 17 seconds remaining, Fogg's clutch shot took place.

Young scored a game-high 53 points, but only shot 18 of 50. Haddadi finished a double-double of 23 points and 22 rebounds.

Tianjin raced ahead with a slight advantage early in the match, but Zhejiang turned the tables to go ahead 17-16. Zhao Yanhao converted a three-pointer before assisting Du Jinlun for another, powering Zhejiang to extend the gap to 33-24 at the end of the first quarter.

Tianjin's low shooting accuracy and errors continued into the second period to make way for Zhejiang's domination. Li Jinglong's free throws and Zhao Tianyi's jumper earned Zhejiang a 68-44 half-time advantage over Tianjin, who failed to close the gap in the second half.

Zhao Yanhao notched a game-high 30 points, while Li added 24 points. On the Tianjin side, Shi Deshuai and He Siyu each scored 20 points.

The Zhejiang Lions rank fifth with a win-loss record of 29-15, with a half-match difference from fourth-placed Liaoning Flying Leopards (29-14).

The victory kept both Beijing and Zhejiang in a five-team contention for the remaining two spots of the top four, meaning the teams don't need to play the round of 12 matches in the playoffs. The Guangdong Southern Tigers and the Xinjiang Flying Tigers have managed to be among the group.

The Shenzhen Aviators, having already missed out on a playoffs berth after the Fujian Sturgeons' victory on Monday, fell 107-93 to the Shanghai Sharks.