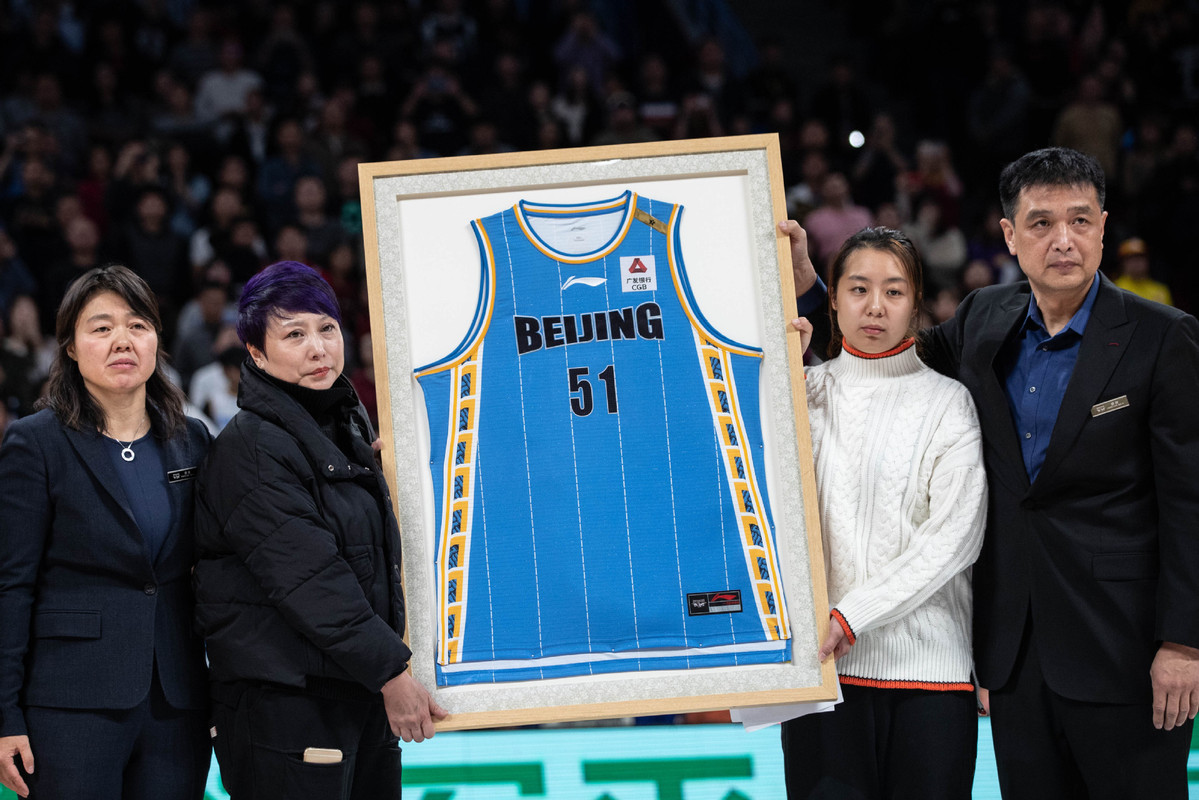 Ji Zhe's family and Beijing Ducks held a ceremony on Dec 10, 2019 for the player, who passed away last Thursday. (Photos: Xinhua)

The three-time CBA winner Ji, who joined Beijing in 2007, had his No. 51 jersey retired. He died of lung cancer last Thursday at the age of 33.

Andrew Nicholson and Keifer Sykes pocketed all 15 points for Guangzhou in the first quarter but fell 26-15 behind in front of Beijing's better ball movement. They cut the deficit within 10 points several times afterward but failed to turn the tide.